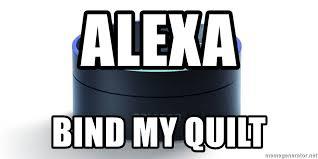 Many of you had comments about the Brownies!
Robin emailed: "When we went sorted through some of the things from my grandmother (1894-1964) there was an old primer or writing tablet with the brownies along the outside border."  She kindly sent us a some photos so we could see!  This is so cool! 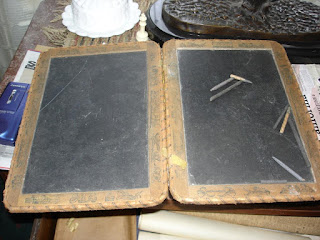 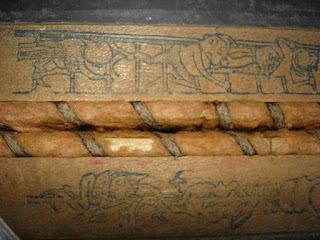 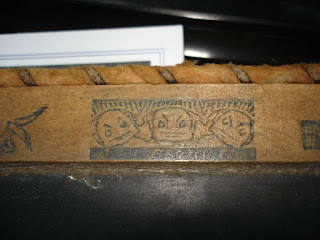 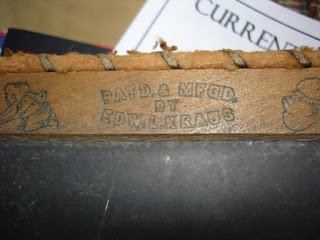 Betsy wrote, "My grandmother, who was born in the late 1880's used to tell me, for example, to put away my toys, "or the Brownies might get it!" It was clear that the Brownies were capable of mischief, though I don't ever remember seeing the story books."
Wendy wrote that she thought it was interesting that Girl Scout Brownies wear beanies like the Cox Brownies!  I agree!
💢💢💢 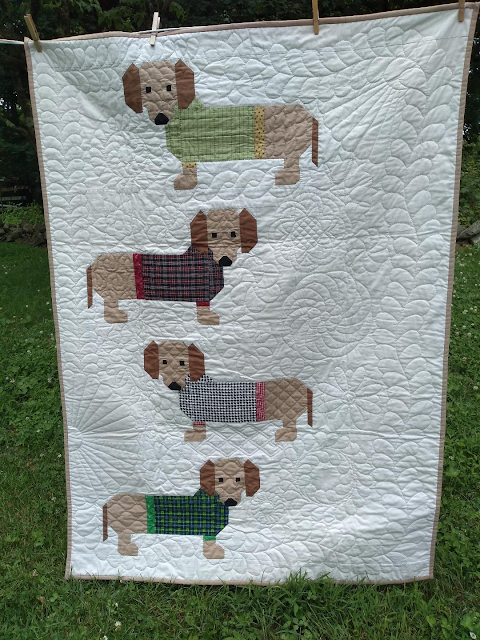 Celebrating the dog days of summer, Sue sent a photo of a quilt she pieced and hand quilted.  The pattern is from Elizabeth Hartman and called Dogs in Sweaters!!  Isn't this the cutest thing!  Thanks for sharing Sue!!!
💢💢💢
A while ago I had written about Marie Webster and how important her designs were to 20th century quilting.  Barbara Brackman has an interesting series about Webster and the quilts made before.  See here for the first of a series.
💢💢💢
Hope you have a wonderful day!  Stay safe!
Posted by Michele McLaughlin at 5:01 AM