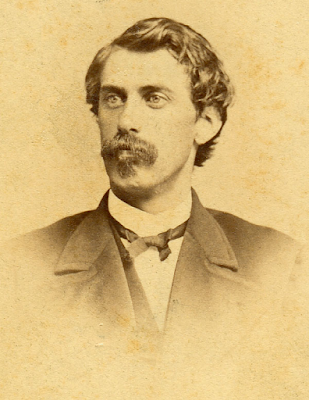 Palmer Cox
(1840-1924)
Palmer Cox was a Canadian writer and illustrator who created The Brownies.  The characters were based on a Scottish folk tale about wee folk that helped humans--similar to "The Elves and the Shoemaker" story in Grimm's Fairy Tales.  All of Cox's Brownies were depicted as men from a variety of countries and in numerous professions.  His illustrations and stories first appeared in children's magazines 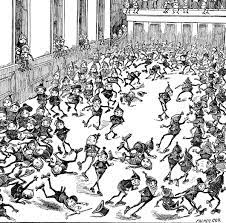 "The Brownies on Roller Skates" published in St. Nicholas Illustrated Magazine for Children in 1886.  His stories were published regularly in Ladies Home Journal for over 30 years.
In 1887, his book The Brownies Their Book was published (you can read it here).  The Brownies became a pop culture phenomenon through the late 19th and early 20th centuries.  He became the real precendent for mass marketing his illustrations and licensed his characters for the products.   There were so many items that incorporated brownies that whole internet sites are dedicated to The Brownies (here's an example). 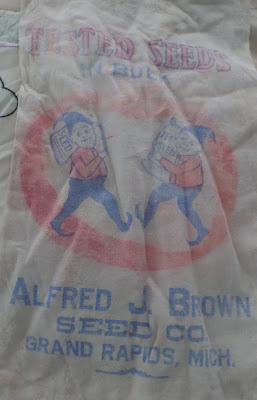 A seed bag from collection.
Even the Kodak Brownie camera was named after his characters with the marketing strategy that the camera was so easy a child could use it. 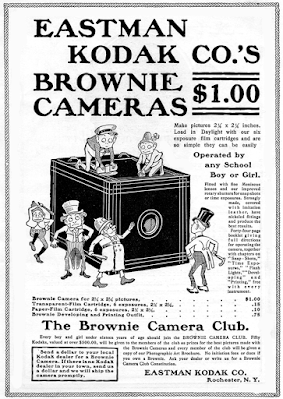 In all, Palmer published 9 Brownie books, including a primer. All of the books were extremely popular.
Although I don't have any research to support my theory, I suspect that Cox's Brownies were also made into Penny Squares for redwork.  These Brownies appear on a redwork quilt I own dated 1905: 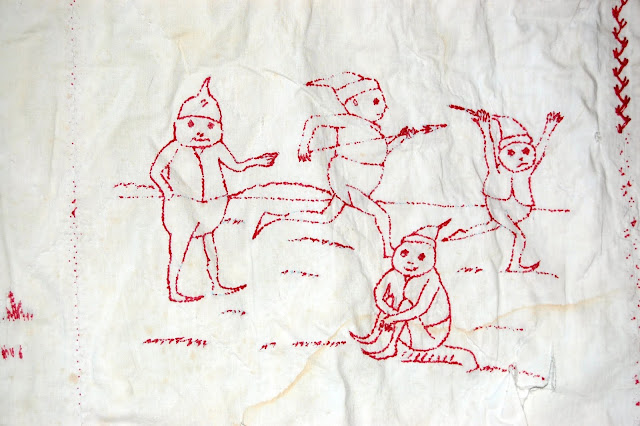 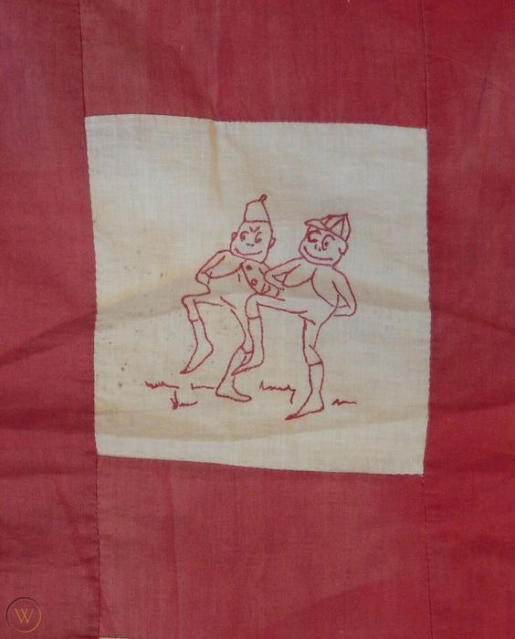 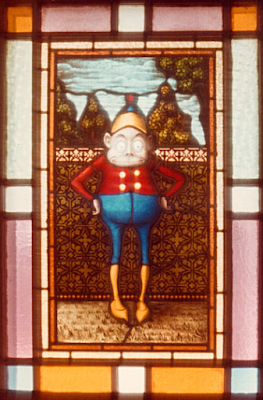 Palmer Cox passed away in 1924.
I know that you are wondering whether or not the Girl Scout Brownies derived their name from Cox's books.  It appears that they were not.  Originally the young scouts were called "Rosebuds" but the little girls didn't like the name.  Lord Baden-Powell (founder of the Boy Scouts and Girl Scouts in England) decided to go with the name "Brownies" because of old folk tales he remembered as a boy that appear to be similar to the Scottish stories that inspired Cox.
Have a safe and happy day!

Posted by Michele McLaughlin at 6:33 AM