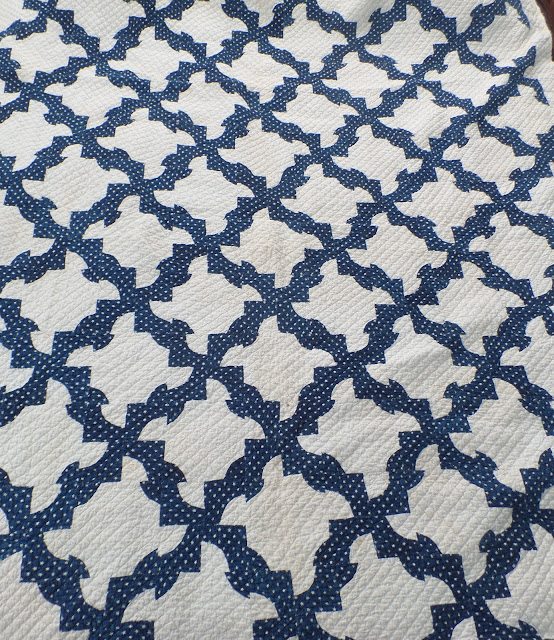 Batting is an integral part of a quilt.  We don't see it but we can feel it in the quilt.  Today I want to talk about Howard Pyle.  His illustrations (to my knowledge) never showed up on a quilt but he was integral to our research. 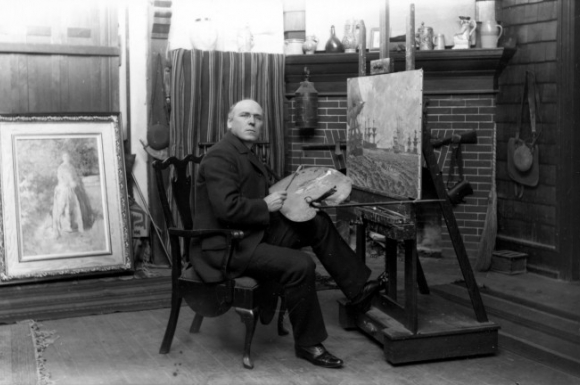 Howard Pyle (1853-1911)
Pyle was a successful illustrator in his own right.  But he was, as his obituary in 1911 stated, "The Undisputed Father of the American School of Illustration."  Pyle was born in 1853 in Wilmington, Delaware.  His success as an illustrator really took in the 1870s; in 1894 founded the first school of illustration at the Drexel Institute (now Drexel University) before establishing his own school in 1900 at Chadds Ford, Pennsylvania.  His students would become known as the Brandywine School of Illustration.
His students included Maxfield Parrish, N.C. Wyeth, and Jessie Wilcox Smith.  Pyle was also a supporter of women in artists and his list of students include many women that would become well known illustrators and artists later (including his sister Katharine).  You can see some of the works of his students here and here .
Pyle's illustrations were varied but you can see a pretty good selection here.  The man loved to collect costumes and I read a while back that some of his illustrations were inspiration for costumes used in Hollywood movies. 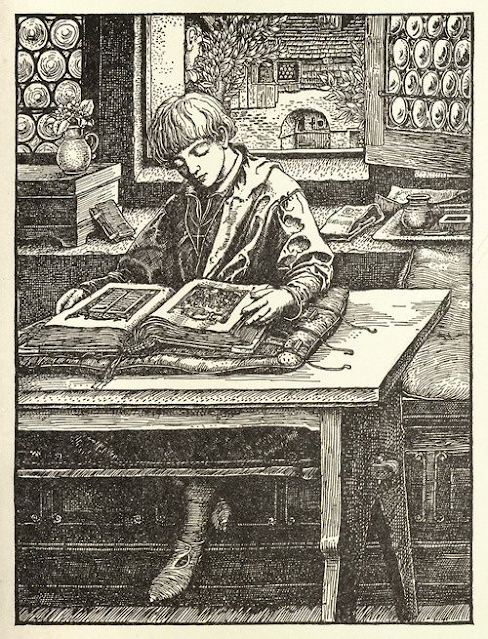 From Otto of the Silver Hand.  Howard Pyle, 1888.
Next week we return to quilts and illustration!
Have a safe and happy day!

Posted by Michele McLaughlin at 9:59 AM