Yesterday I wanted to spend the morning cutting scraps for a donation quilt.  This task wasn't on my To-Do-List for this week but I'm overrun with scraps right now.  I often like to listen to some kind of video or podcast while I cut fabric.  Yesterday I hit the Jackpot!

Six of the leading quilt historians--who refer to themselves as the 6 Know-It-Alls had a live video--for free!  It included Barbara Brackman, Julie Silber, Merikay Waldvogel, Lynne Bassett, Alden O'Brien and Deb Cooney.  They each talked about a quilt and their research about it.  It was fantastic and you can watch it here!

Each quilt was a fun adventure!

Afterwards there was a Q and A and that brought up a subject that surprised me.  Someone asked about a feed sack quilt and Merikay said that the printed feed sacks that we all know and love weren't printed until 1937. 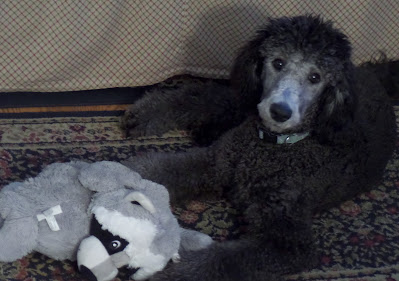 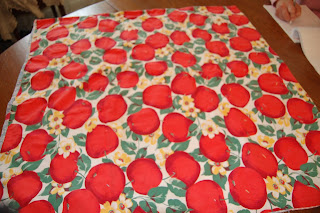 A feed sack backing a baby quilt from my collection.

Did you know that?  Well Barb G. probably did.  I did not or if I did, I had forgotten it.  Of course I was curious and when I was on a scrap cutting break, I began to look for articles that referred to the feed bags and sewing.  All of the articles that I found before 1937 suggested dying the bags, just as we had seen on the Hoover Quilt post .  One article said that bags were "dyed garnet, red, gold, buff, brown, lavender, rose, honey dew, purple, and pink."

Then I found a 1940 newspaper article that said interviewed W. G. W. Alford, local executive of a milling concern which operated throught the Pacific Coast States:

"Alford's concern turned to the 'streamlining' of its sacks three years ago after it had patented the idea of distributing its products in the sort of material women used for dressmaking.  'It cost 40 cents a yard if they buy it at the store,' he declares, 'and there's a yard and a quarter in one 100-pound bag of poultry mash or pellets." 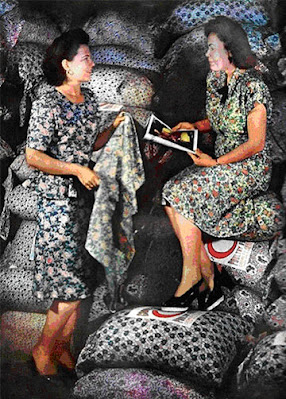 Alford went on to say that the labels were more easily removed so as he put it, "the dress doesn't become a sandwich board for our concern." 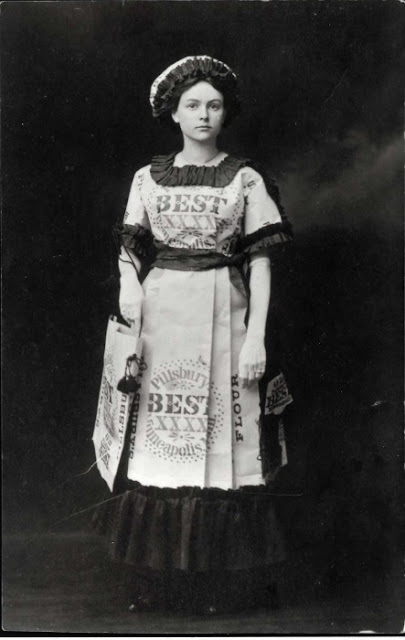 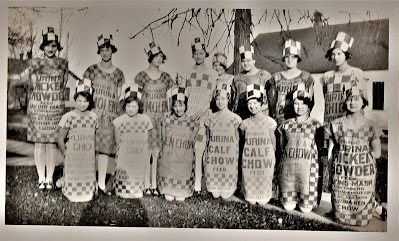 These photos were too good not to share!
So that was one of the fun facts I learned from the discussion!  There's so much more so go check it out!
Have a safe and happy day!

Posted by Michele McLaughlin at 5:52 AM

Email ThisBlogThis!Share to TwitterShare to FacebookShare to Pinterest
Labels: 6 know it alls and Feed sacks