There are a few reasons why I became interested in men who quilt.  A number of years ago, a local auctioneer advertised that they had quilts made by a local man.  When I attended the preview, the quilts weren't there.  It was then explained to me that the quilts weren't in good enough condition for the high end auction but that they would contact me when they came up for auction.  I never heard from them again.

Years later, we had a woman attend our Quilt Study group and she brought a quilt embroidered by a local man and quilted by her grandmother.  We will talk about him next week in our last and final quilting post.

If you have found this series interesting to you, you might want to purchase Joe Cunningham's and Jean Burk's book, Man-Made Quilts: Civil War to the Present.  I just found out about the book recently and it was published in conjunction with the Shelburne Museum's exhibit of man-made quilts.  I bought the book on Amazon. 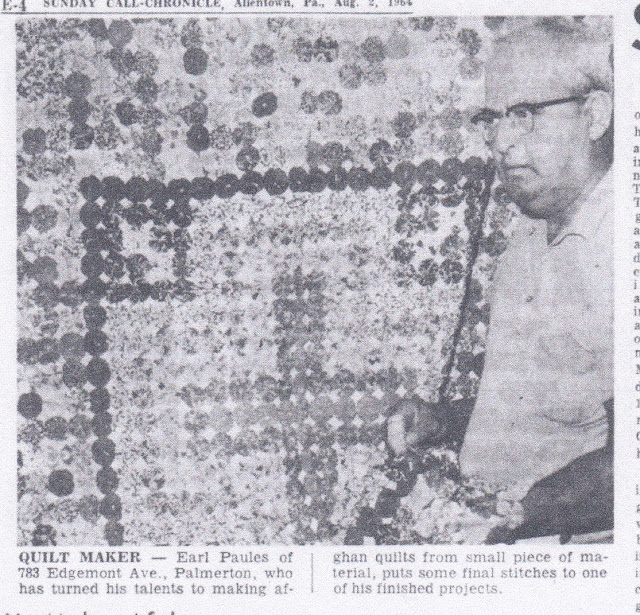 In this article, Earl Paules is celebrated for making yo-yo quilts.  I wondered if this piece had a red cross in the center.  I also wonder how many letters to the editors the newspaper received informing the writer that an afghan is knitted or crocheted and that a quilt or coverlet is sewn!  From 1964: 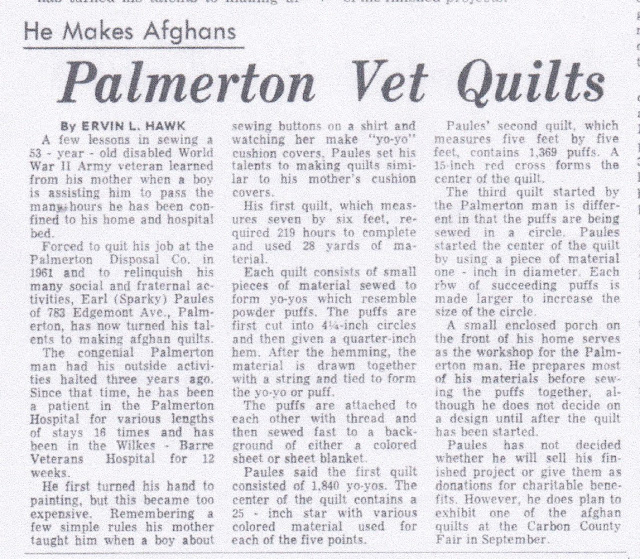 Milton Bartholomew also made quilt tops.  Among the fascinating aspects of these articles is the length the writers go in order to explain the process the men used.
Milton was a retired carpenter and cement plant worker that took up sewing quilt tops.  He took up sewing when he was 70 and even had his own sewing room: 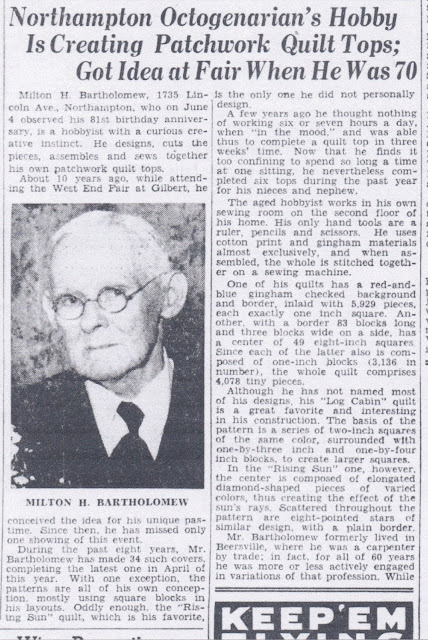 1942
William Bauer also made a quilt top for his son's wedding.  Like Bartholomew, he sent his tops out to be quilted.  In this article we learn more about the women quilters who organized at a local church to earn revenue for the church by quilting tops. 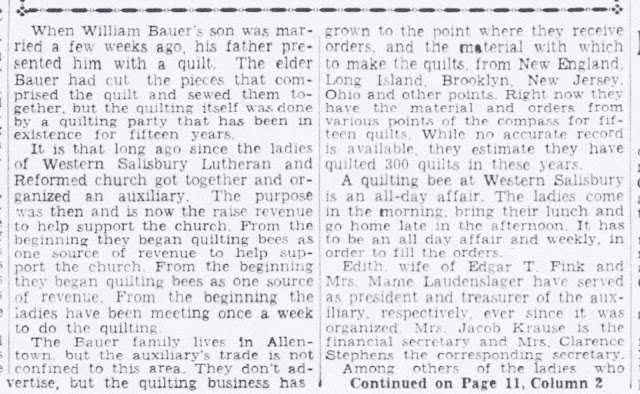 1941
As an aside, remember if you would like to have your pet or an animal themed textile featured in our Constant Companion series, email photos to me at allentownquilter@gmail.com.  We got lots of great comments about Sue's calico cats!
Have a safe and happy day!

Posted by Michele McLaughlin at 4:52 AM

Email ThisBlogThis!Share to TwitterShare to FacebookShare to Pinterest
Labels: Men Who Quilt 12