In our world of quilt history, we often allude to the first and second revivals of the twentieth century.

In the early twentieth century we acknowledge that in the 19-teens, interest in quilting was revived and most likely inspired by Marie Webster's amazing quilt patterns.  Marie's home is now the headquarters for the Quilters Hall of Fame. 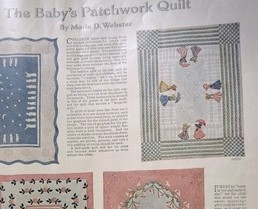 Marie's patterns were published in the Ladies Home Journal and you can read about her life here.  She also started a pattern business and a quilt kit business.
Quilting fads then and now are often inspired by what people saw in print or (as in these days) social media.  Back in 1916, Webster didn't just have exposure from her work in the Ladies Home Journal.  She wrote a book called Quilts  Their Story and How to Make Them published in 1915.  It is believed to be the first book simply focused on quilting.   I have a couple of copies of the book.
My oldest copy is from 1926, I read that the book was reprinted on and off for 25 years. The book was reprinted again in 1990 and you can still get a copy of her book or a book on her patterns at Amazon.  Not bad for a book on quilting!
But I wanted to give you a visual reference for how groundbreaking for the time.  As the new 20th century unfolded, quilters made a variety of quilts like... 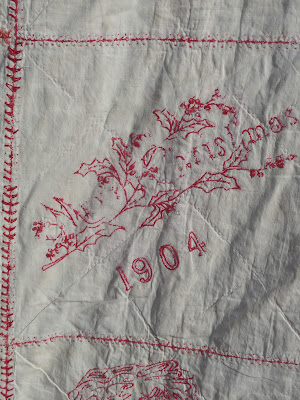 Redwork quilts.
Many have indicated that most of these were made for children.  This particular quilt from my collection was a full sized quilt and I've seen a number of other ones that were dated and fairly large. 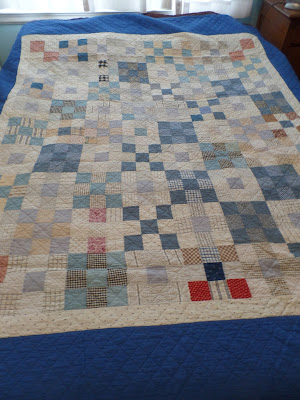 The simple nine patch.  This was a favorite in our family and we have two quilts pieced with late 19th/early 20th century fabrics. 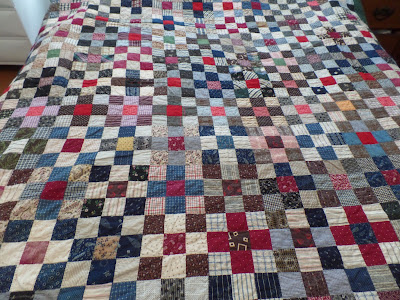 Crazy quilts may have been out of fashion by the early 20th century but similar techniques were used to make pieced quilts.  Some crazy quilts continued to be made but often the ones I have seen are utility quilts. 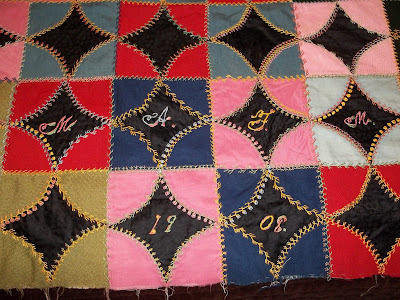 By 1916, numerous newspapers were writing about Marie's ground breaking book including this one from Pittsburgh:

Now imagine going to the book store and perusing Marie's work and seeing quilts that were...
so
pretty!! 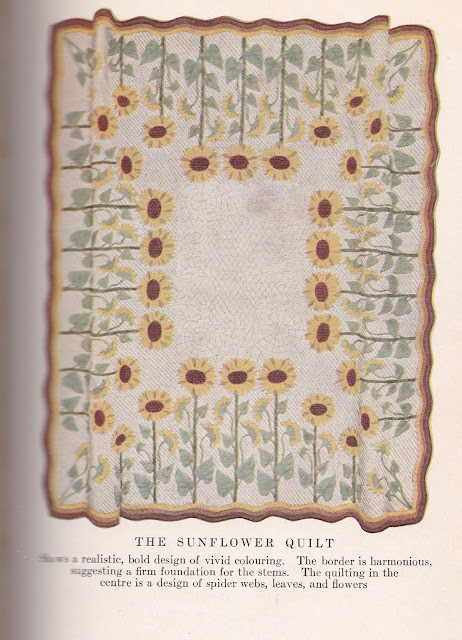 Webster's Sunflower Quilt was often imitated throughout the 20th century by various quilt pattern companies but hers is exceptional! 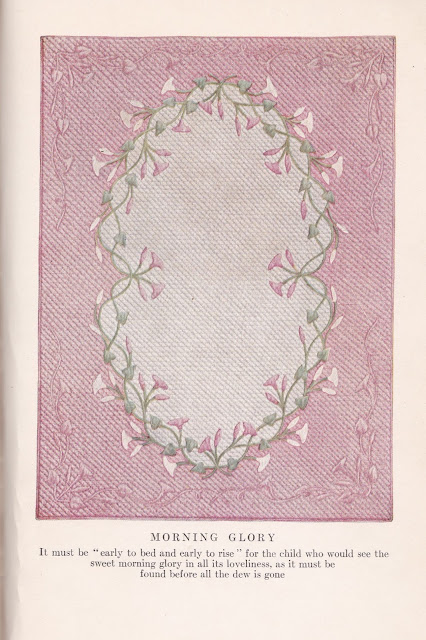 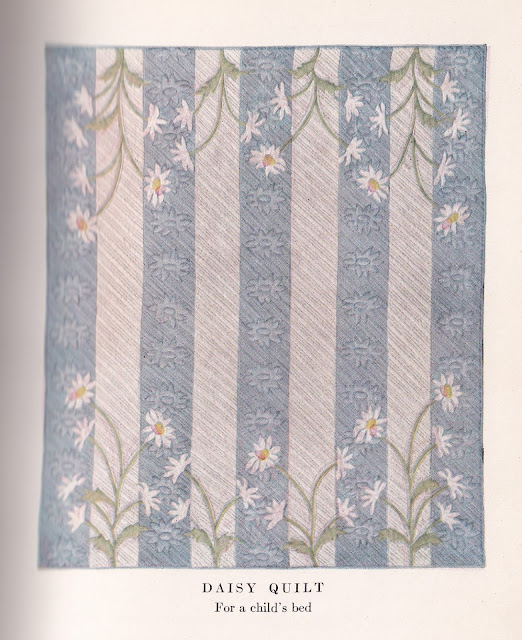 Intended for a child's bed, The Daisy Quilt was charming and actually I'd make that for my bed (if I was better at applique). 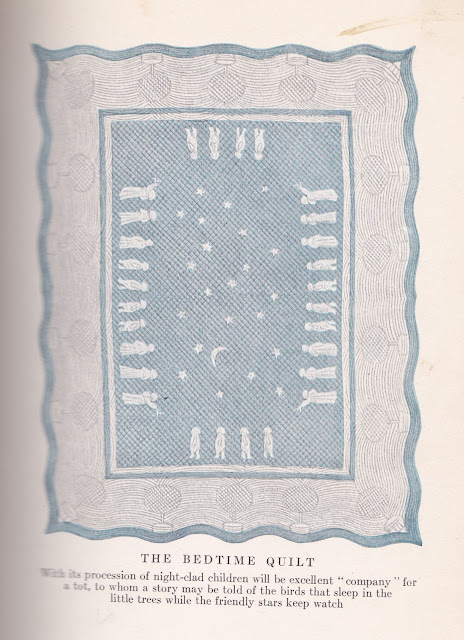 Charming quilts for children including the Bedtime Quilt above and the Keepsake below. 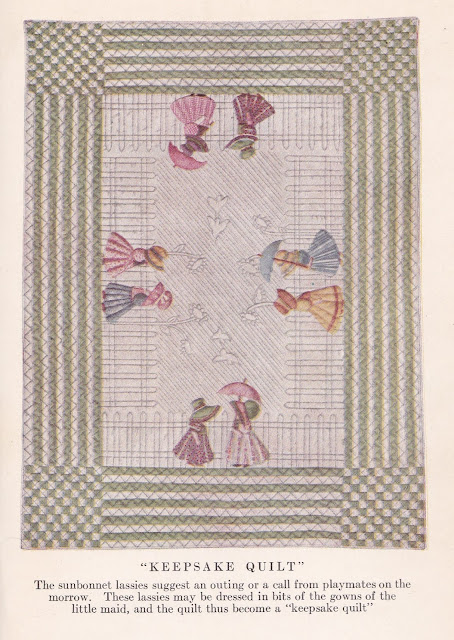 Marie's suggestion to use scraps from children's quilts in order to create a special keepsake is still in practice today!
Marie's timeless patterns continue to inspire today's quilters.
Here is the Poppy Quilt 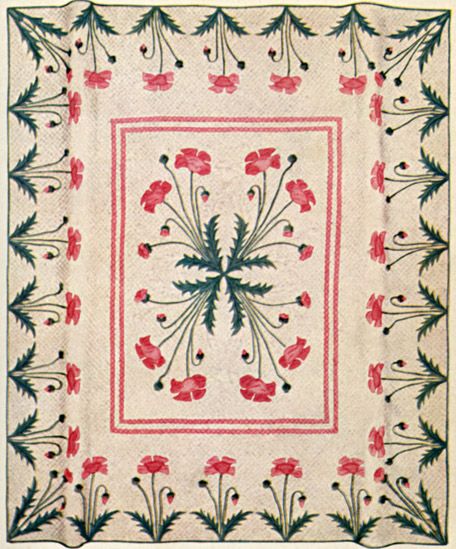 Over on Ebay, a number of Marie inspired tops are still being made and sold.  See here.
I just love her work and I hope you do too!
Have a safe and happy day!

Posted by Michele McLaughlin at 6:00 AM