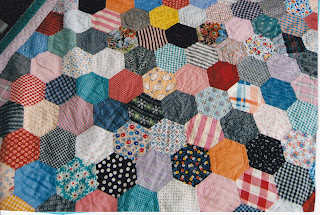 There are people we should know and acknowledge their contributions to our field.  Some of these people we may know, others maybe not so much.  Anyway, I thought it would be good to focus on some folks that have improved our quilting world.
The first person I feel deserves recognition is Barbara Brackman.  You may have heard of her.  She has published a variety of books on quilting, usually historical in nature.  Your guild library or regular library probably has some of her books. 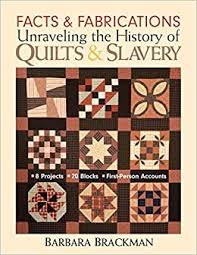 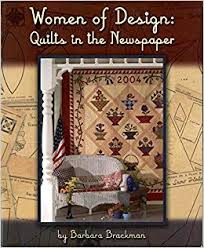 She also is a fabric designer and you can find many of her fabrics online. 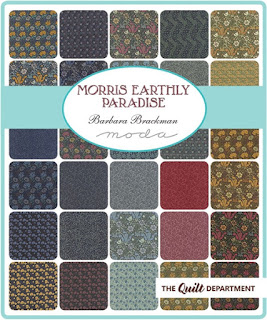 I can hear some of you thinking: "Oh yeh, I heard of her but there are a lot of fabric designers and quilt writers."  To me, Brackman is unique.  I've never met her, I don't know anything about her but her work as a quilt historian is to me, without compare.
Among her other achievements as a historian in quilt history, Brackman codified our quilt patterns.  She created an Encylopedia of Pieced Quilt Patterns and an Encyclopedia of Applique ones.  Quilt appraisers use her system to distinguish quilts.   I think she began this is the 1970s and that folks is one of the thing that astonishes me. 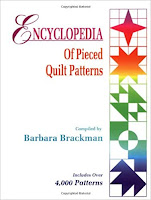 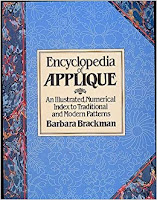 The hexagon or mosaic quilt above is found in her pieced quilt pattern book: 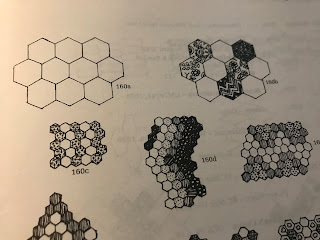 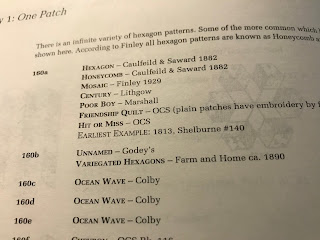 Quilt history is a very young field.  It was only in the 1970s that true academic methods were applied to the history and folks it wasn't easy then.  I was a young researcher in the early 70s and spent most of my time in libraries, writing letters (and hoping the letters would be responded to), and searching for folks to interview.  There was no internet which has made our world so much easier.  Barbara Brackman was a leader in that field and she collected as many quilt patterns as she could--an astonishing amount actually--gave them each a number and published where the pattern originated.  She writes in the preface of Enclopedia of Pieced Quilt Patterns:
"Pattern names, like all vocabulary, change over time.  The right name for a pattern is what you call it.  This encyclopedia is, however, the most complete index to published names for American quilt designs."
This book alone features over 4,000 patterns and names.  It's an astonishing work and a new updated version is about to be released!  See here for details.
All history is dynamic, we learn new things and different perspectives we find.  This is particularly true of quilt history.
Brackman also has blogs where she shares her research.  You can hit the title to see her blogs:
Barbara Brackman's Material Culture
Cloud of Quilt Patterns
Civil War Quilts 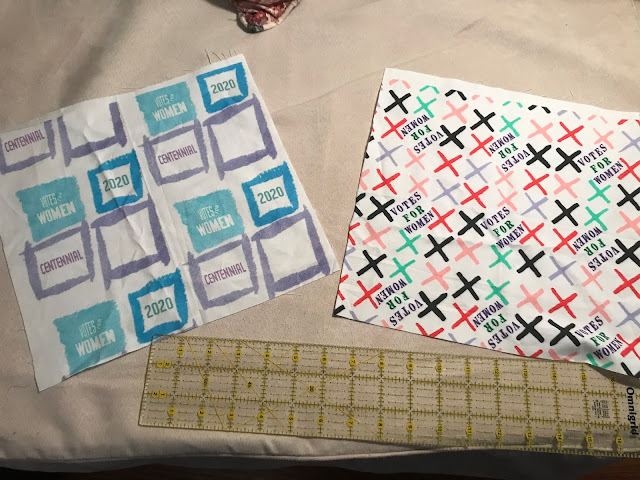 And now for a giveaway!
In August, Barbara posted a question on her Material Culture blog and asked folks what they were doing for the Suffrage Centennial.  In return, she was going to choose 2 folks to giveaway some of the sample fabrics from Spoonflower where she is having some suffrage centennial fabric printed.
I responded on her blog that I didn't need the fabric but was so thrilled she was reminding people about the centennial and told her what Beth, I, and you readers were doing.  A few days later, I received an email from her:
Loved your comment on my blog and reading yours. The suffrage garden is brilliant
I know you've bought some (thank you very much---love those Spoondollars I earn) but I am sending you more. You can have a giveaway.
I'm having a rather late giveaway because I knew I wanted to feature her during the bloom series.  These are two pieces of the four she sent me and they are approximately 10 or 11 inches square (sorry I'm keeping two of the other pieces, more on that later).  You can make a little wall hanging or something with yours.  Just leave a comment or email me and the first person to respond gets the fabric.
Have a safe and happy day!

Posted by Michele McLaughlin at 6:22 AM