Yesterday I was reading about Nancy Cabot and looked through a number of her patterns.   It's astounding but she usually featured a quilt pattern a day, although she had helpers.  A good bio on her is here and here.

Most of you realize there were no "Underground Railroad" quilts. Many of you realize that no quilter purposely made a mistake on her quilt as a "humility block."  These are just a few of the myths that haunt our craft.

In July of 1938, a myth I had never heard was relayed by Nancy Cabot.

"There was a superstition among the ancient quiltmakers that black, included in a coverlet, was not to be taken as a good omen, and no one ever dared consider it with other colors."  She then goes on to write that the designer of this pattern chose to defy the odds by using black, yellow and blue in this quilt: 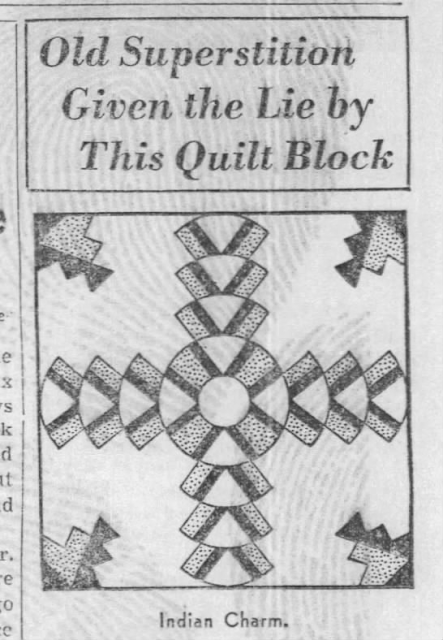 Well I'm here to tell you that black cotton fabric wasn't incorporated into many antique quilts because the black dye wasn't colorfast until the 1890s.
Black silk was colorfast and used in crazy quilts: 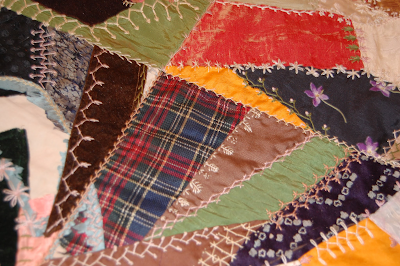 Also used in other quilts of the era like fan quilts: 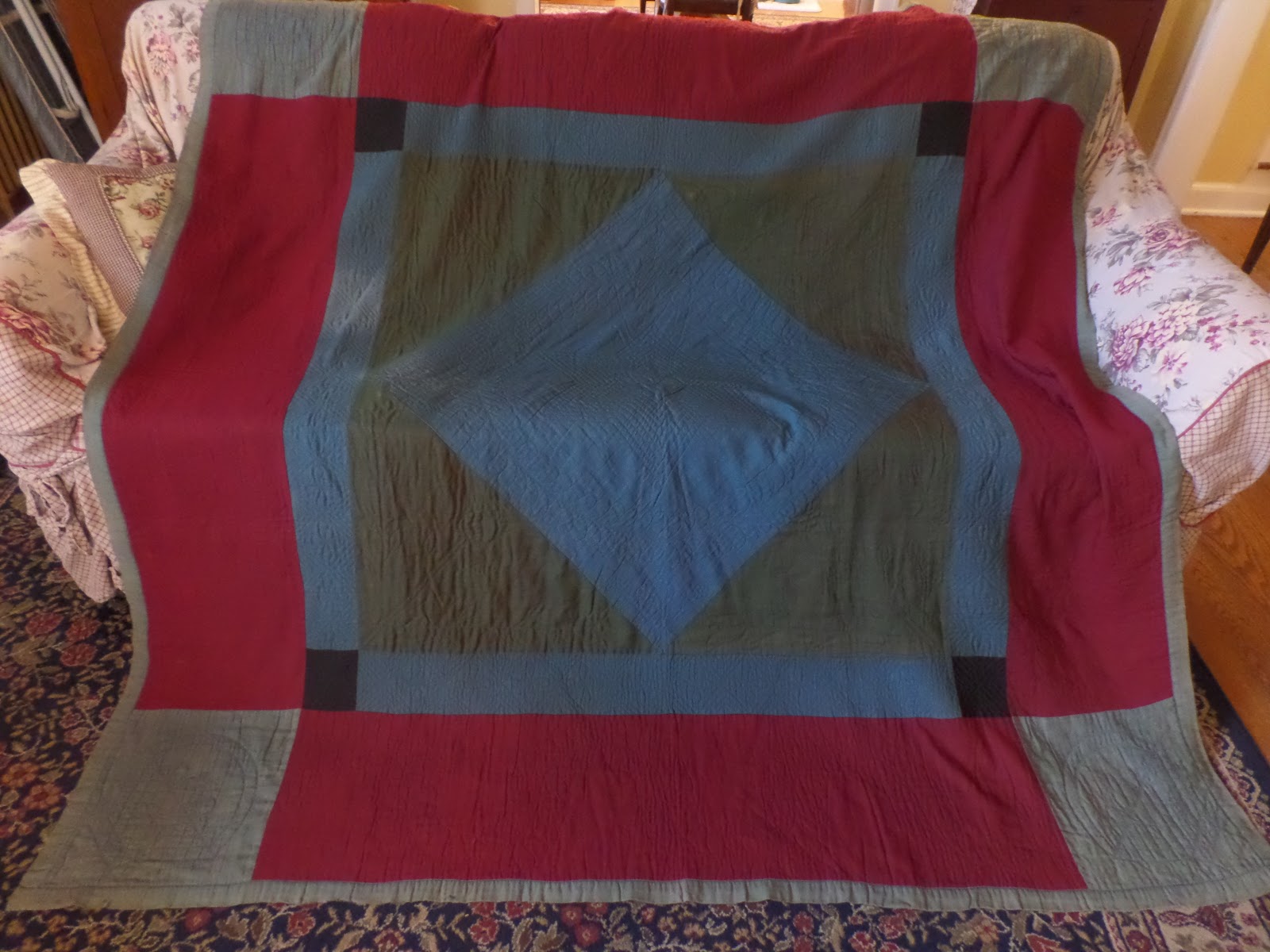 Once black dye was colorfast it was incorporated into many fabrics and used by quiltmakers often.  One way we can tell a quilt is from 1890 on is if the fabric has any black in it like this (possibly Garibaldi) print (red with black)... 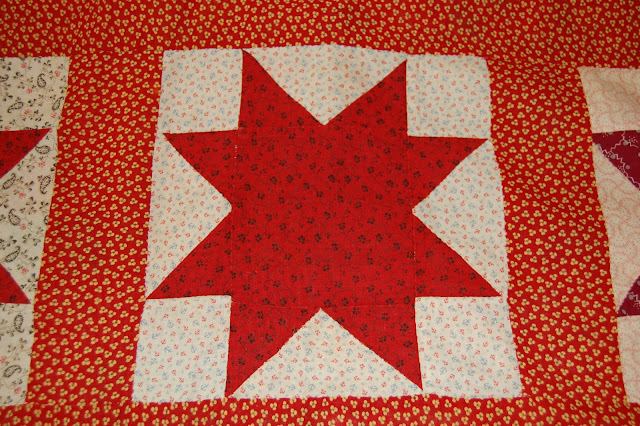 Circa 1890 quilt top
Or what we now refer to as neon prints that became so popular in the later 1890s (a good article is here by Barbara Brackman): 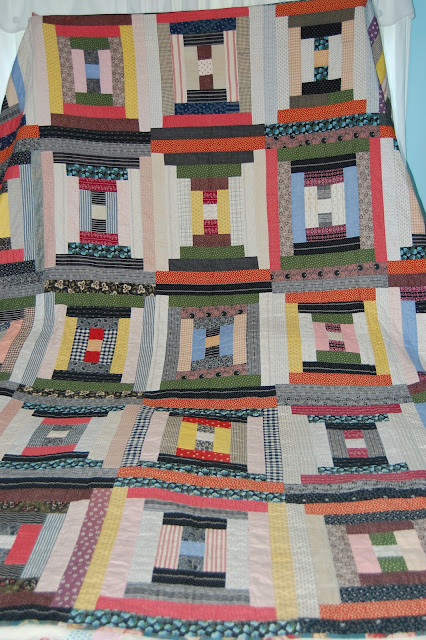 The black fabric with blue flowers is what we now refer to as a "neon": 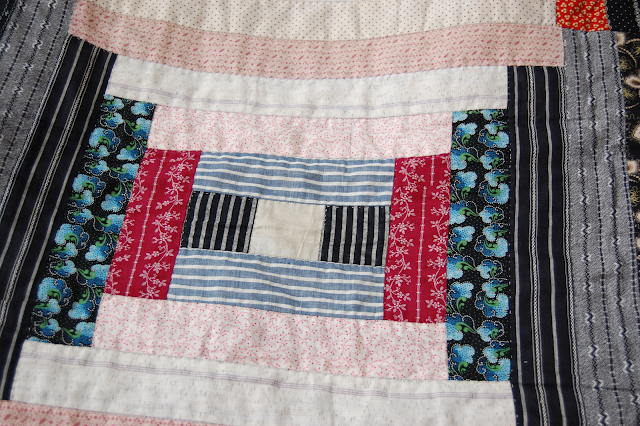 Fortunately this myth never became very popular.
I'm not sure where this idea came from or if it was just a marketing ploy to sell the pattern.  Certainly most 1930s quilters were more interested in the clear colors and pastels during this era.  Those colors certainly were uplifting during the Depression plus the technology to make the colors was still relatively new (another post to be written).
Wishing you a safe and happy day!

Posted by Michele McLaughlin at 5:30 AM