I don't know about you but sometimes when I am working in the garden, I wonder if there is a quilt pattern to all the lovely flowers I see. 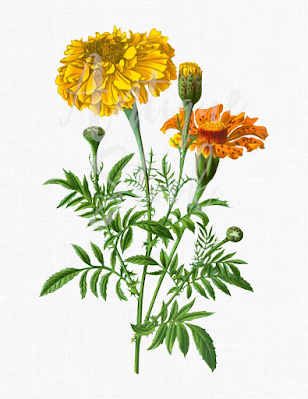 Most of us gardeners have or had marigolds in our garden.  One writer called the marigold, "the flower of summer".

This year, I had challenges with marigolds.  I bought some white marigolds at my local nursery.  Unhappily, the plants had some kind of blight.  The leaves became spotted and they all died.  I've read that there is a blight called altermaria that can impact marigolds and clearly I had that.  My neighbor down the street said she had planted zinnias and marigolds but only 2 of her marigolds germinated and they didn't last long either.  Happily, it doesn't seem to be a neighborhood trend, many of my neighbors had successfully cultivated the golden and orange blooms.

As popular as the marigold is in the garden, I wondered if there was a quilt pattern that celebrated the flowers.  Surprisingly, I only found 2!  Yes there were embroidery patterns...but applique or pieced--just 2.  Both were marketed by Nancy Cabot at the Chicago Tribune.

This pattern was offered in 1937.  It doesn't resemble a marigold that much.  I think all the petals on the flower might have been daunting. 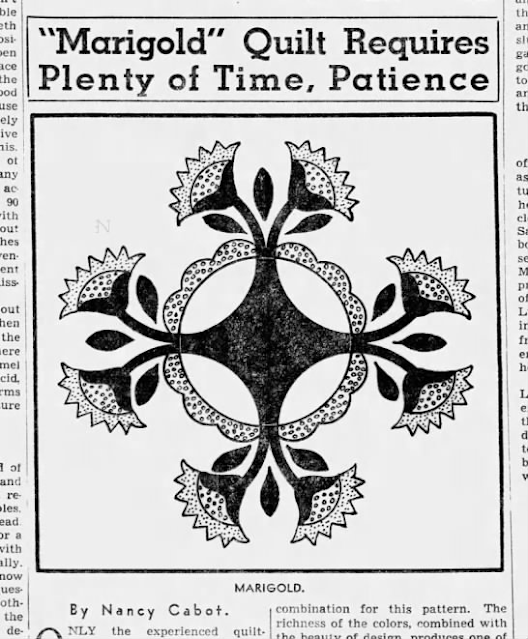 A year later, "Marigolds" was offered by the paper and even though it doesn't look much like a marigold, I think it is cute pattern: 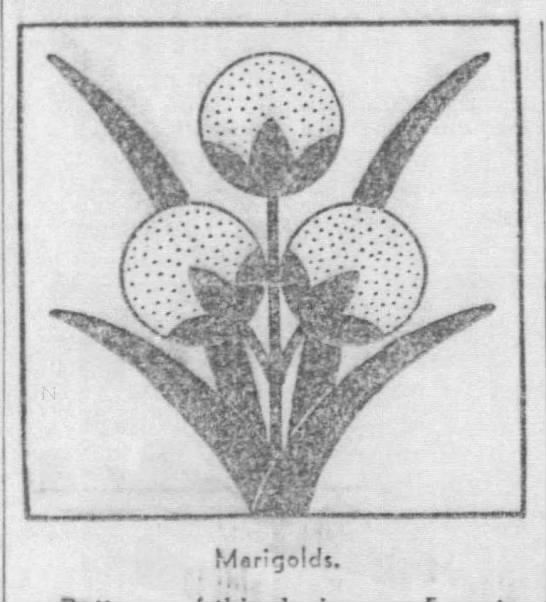 What do you think about these patterns?  How did your marigolds do this summer?  If you would like to share what is going on in your garden, please email photos to allentownquilter@gmail.com