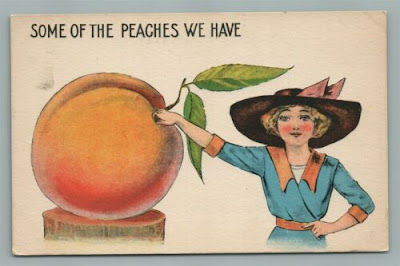 Early 20th century postcard
My husband said that he heard our local peach crop had failed.  I haven't been able to verify that anywhere.  On the other hand, we had late freezes in spring and a drought through the end of July and most of August so it wouldn't surprise me that the prices of the fruit might be high.
I'm not particularly fond of the color orange (it's my least favorite color) but I do have two quilts that I like that feature some peach.
I do have two quilts with some peach tones to them that I like: 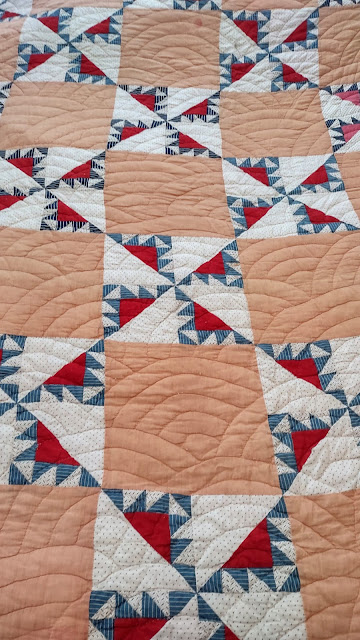 This is a Kansas Trouble quilt I bought years ago.  I like the soft peach that alternates the blocks. 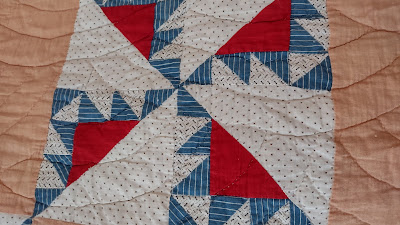 I have absolutely no idea when this quilt was made.  I've often guessed circa 1940.
Perhaps the best clue is another quilt that features this peach--on the backing of the quilt: 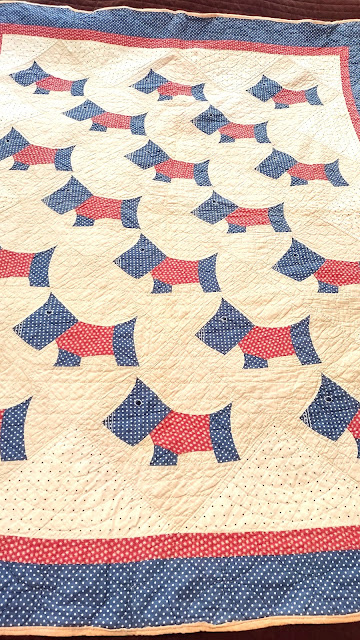 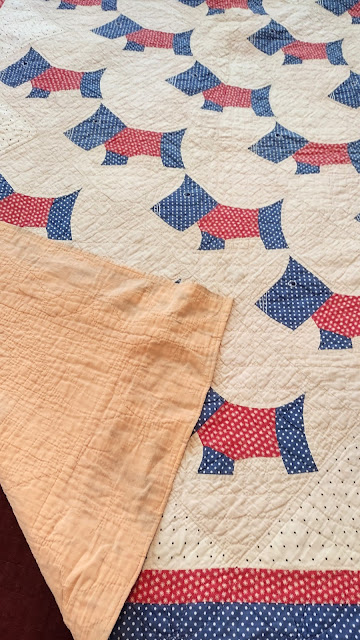 The backing is folded over to form the binding.  Perhaps this quilt is the best clue as to when the Kansas Troubles Quilt was made.  The Scottie Quilt pattern was widely published in 1937: 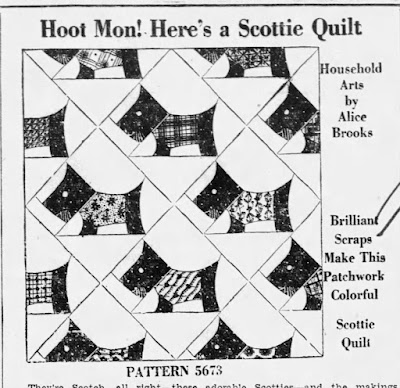 As I mentioned, I like the more muted tone of this peach.  It reminds me of a color that was favored by Victorians and early 20th century decor:  Ashes of Roses.  I became fascinated with this color after I read The Thorn Birds.  I mused that this peach might be "ashes of peaches" and then that started a whole new train of thought...
Did you know...that during World War 1 peach pits helped save the troops?  I kid you not!  As we all know, many soldiers died from chemical warfare.  One thing that could save the soldiers was a gas mask.  The only problem was that the wood charcoal first used for the filter of the mask had a limited time period and was not as effective as... peach pit charcoal.  Through World War 1, the country saved all the peach pits (and some other fruit stones but peaches were the best) to donate for the men's masks. 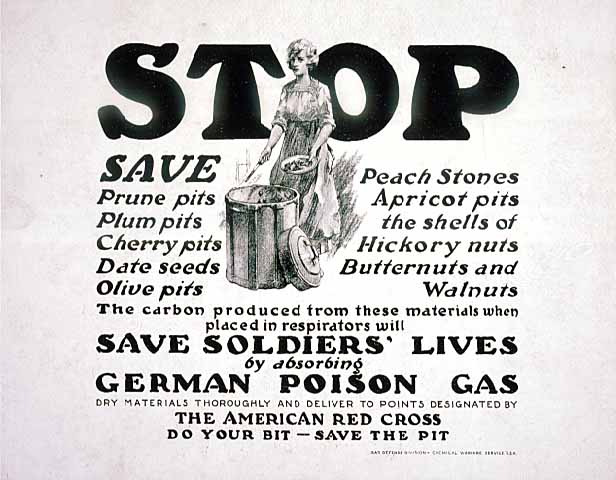 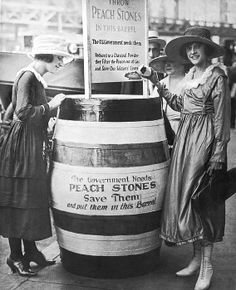 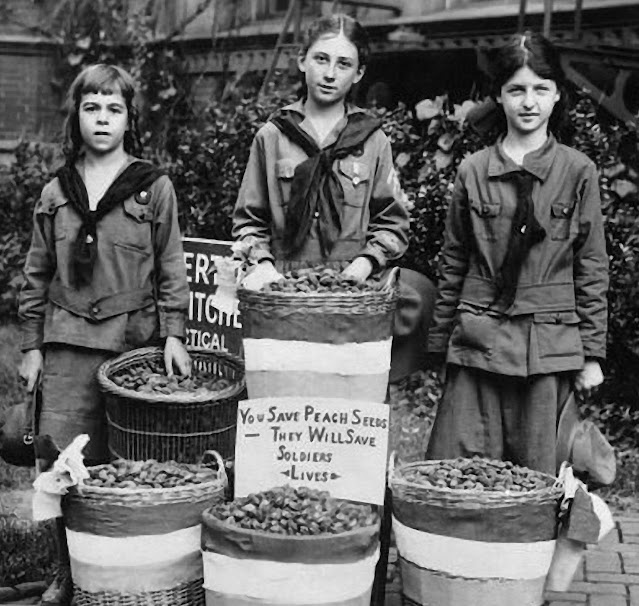 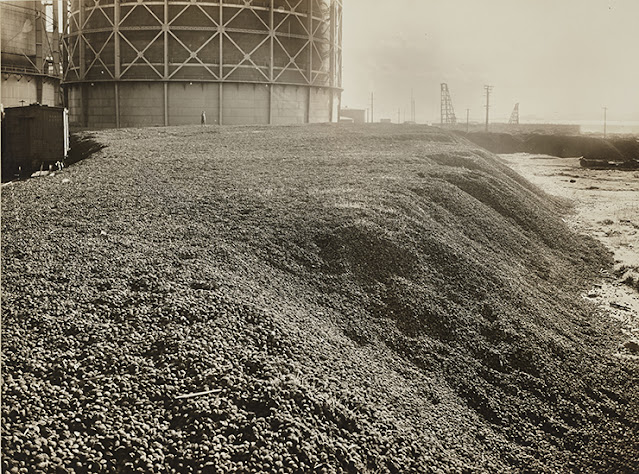 Not a landfill above, but a peach pit repository!
After the war, peach pits were no longer collected, but they did help to save our soldiers lives! 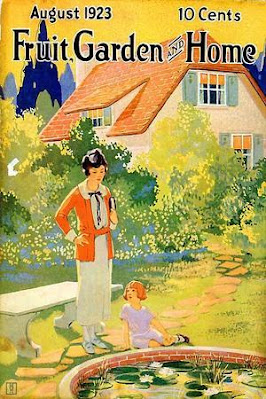 Tomorrow is Flower Friday and if you have any images to share, please email me at allentownquilter@gmail.com!
Have a safe and happy day!