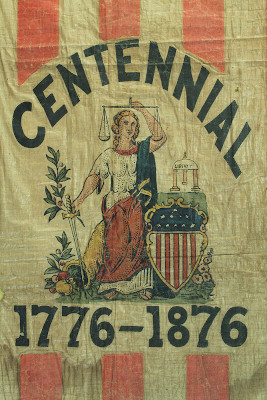 The year was 1940 and our local Allentown newspaper reported about a quilt that was being assembled for a local woman:

Initially, I thought there was an error in the reporting.  I still think that the newspaper got the dates wrong (our local paper was never really known for accuracy) and the dates the women found in the fabric were 1776 and 1876.   Like this: 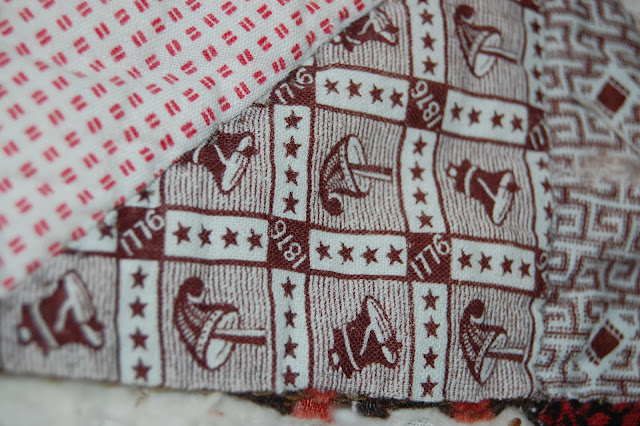 Centennial prints were popular in the 1870s during the time of the Centennial Exposition in Philadelphia.  I'm fortunate to own one family quilt that has a variety of centennial prints: 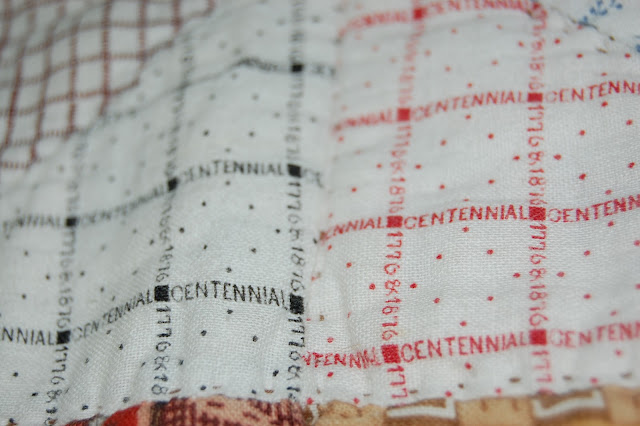 The print is so small that no one in the family ever realized what was in the quilt! 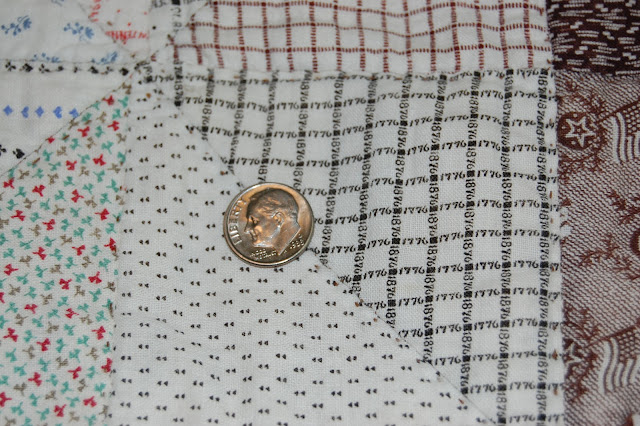 Photo of the actual quilt.  The centennial prints are featured in a place of honor--in the center of the textile. 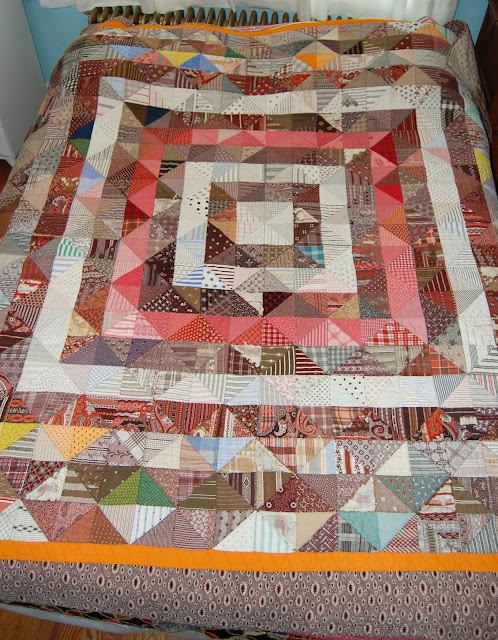 About ten years ago or so, reproduction fabric was printed of some of these prints and the handkerchief that was popular during the time.  The scale of the prints was bigger but it was still fun to use the fabric.  I made a wall hanging that I use in some of my programs: 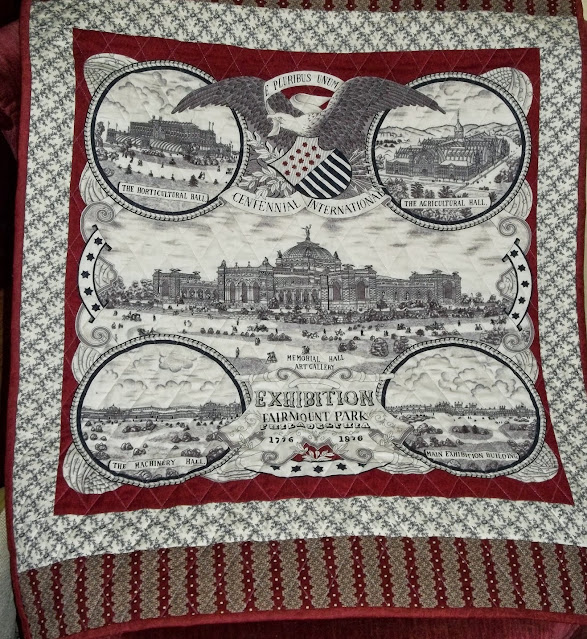 This is an original handkerchief I have in my collection: 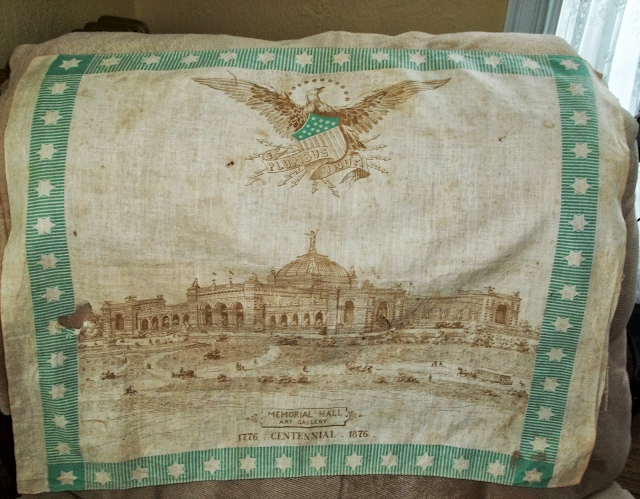 The reason I have been thinking about the centennial is a surprise that I found when I was researching Nancy Cabot patterns.  In 1938, this pattern was marketed in newspapers: 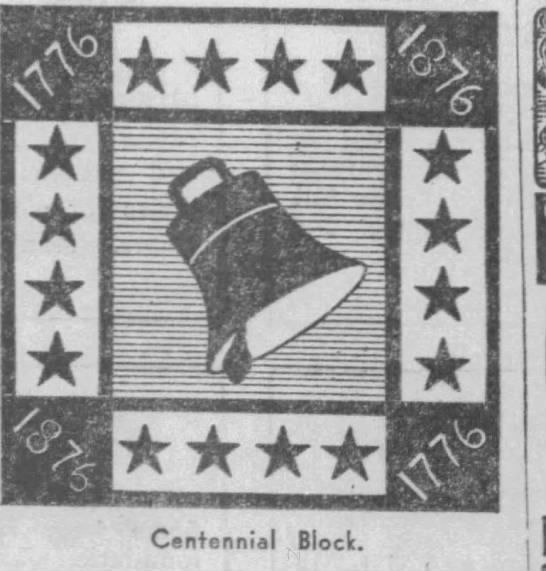 I've never seen a quilt that was based on this quilt.  Have you?
The description from the ad:
"'Centennial Block' is a combination pieced and appliqued design adapted from an old piece of printed material belonging to one of our readers, Mrs. William S. Giles.  The Liberty Bell is of a deep blue background against a pale blue background.  The corner blocks are red with white appliqued figures.  The three inch white bands have red stars and one-half inch red bands appliqued before they are joined to the center square.  The combination block is set together in an alternate arrangement with plain white blocks, and finished with an eight inch pale blue border bound with a one-half inch white bias binding."
Now back to our quilting ladies---I'm not sure what fabric would be printed with 1886 woven into it.  The one major event of that year was the dedication of the Statue of Liberty and I've never seen antique fabric that memorialized that occasion (have you?). 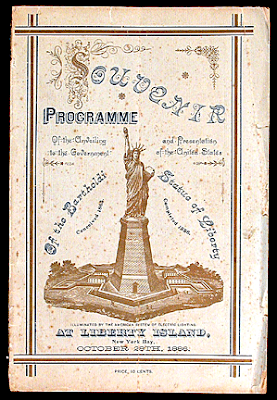 We will revisit Centennial quilts on Wednesday but for now, have a safe and happy day!