Centennial Quilts: What's in a name?

On Monday I discussed Centennial Quilts that celebrated the 100th year anniversary of our independence.  But there are other "centennial quilts" and some I understand and some I don't really know what defined a "centennial quilt".
Some centennial quilts refer to the age of the quilt.  The quilt shown below was published in our local paper in 1952.    This particular quilt was displayed at the first Allentown Fair in 1852 and won a prize.  It would also win a prize at the World's Fair in Chicago in 1893 where it reportedly won first prize. 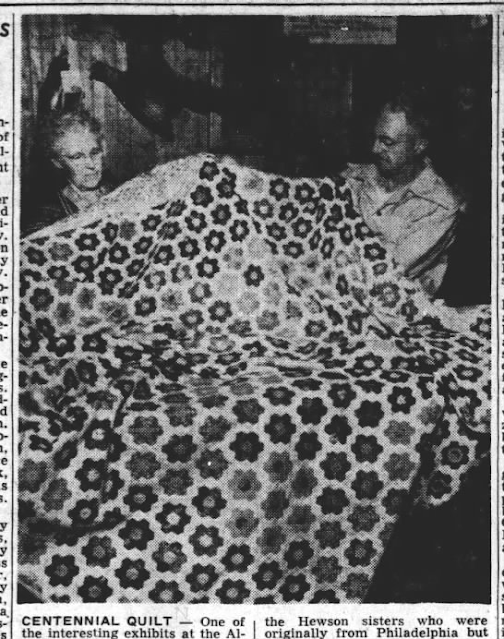 According to the newspaper, "the quilt was made by two sisters:  Eliza and Anna Hewson made the quilt between 1825 and 1845...the Hewson sisters were originally from Philadelphia but spent most of their lives in Lehigh County."  Now some of you quilt historians might be wondering if they were related to John Hewson, the Philadelphia calico printer  (read here).  I have no idea and I doubt I will be able to research that.

Another type of centennial quilt was made by women who were over 100 years old.  I found a few examples of this like the Ohio woman featured below: 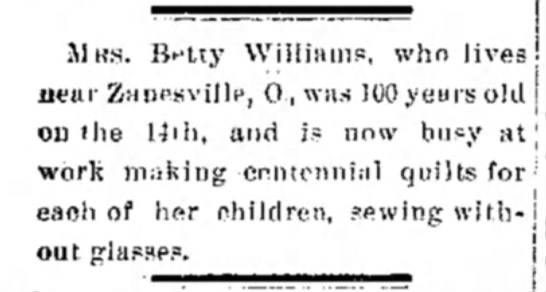 Still another version of a centennial quilt would refer to anything that celebrated an one hundred year anniversary.  It could be an organization; some commemorated the founding of a town or area; other versions celebrated a state. 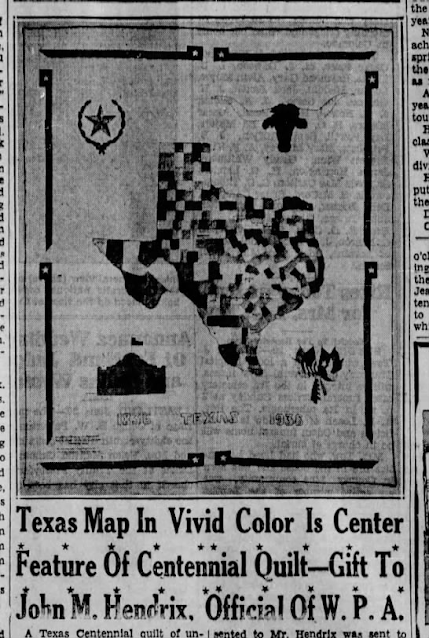 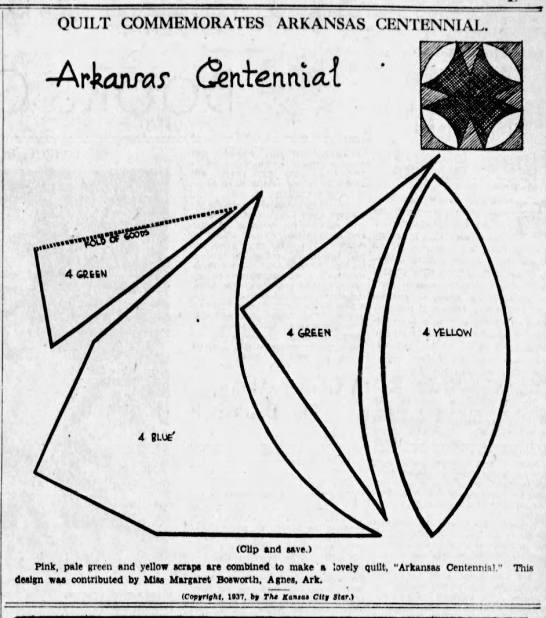 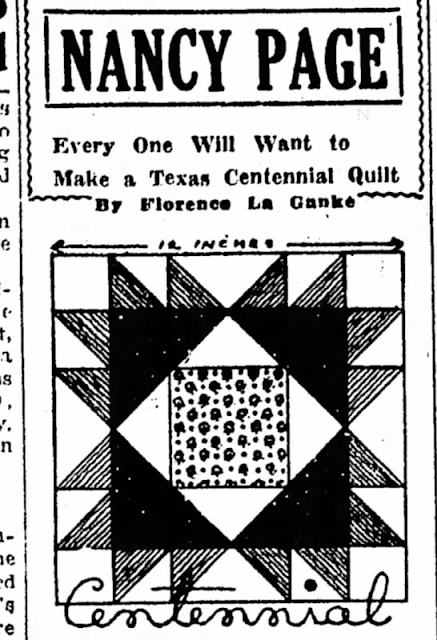 Sometimes I simply don't know what was meant by a centennial quilt.  I found prizes awarded to "centennial quilts" throughout the early part of the 20th century and as late as 1938 in articles that featured local quilt competitions in my area.
Beth and I often mused about making a centennial quilt that featured fabrics from the 20th century and would end with millennium fabric.  If you don't know what millennium fabric is--it is fabric that celebrated this new century and was widely available.  Often the fabric had "2000" printed somewhere on it.  The quilts made from these fabric are often referred to as "Y2K" or millennium quilts  (see some here). Beth and I have an extensive collection of these fabrics. 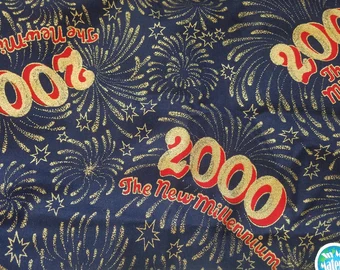 Did you make a Y2K quilt or collect these fabrics as well?
Wishing you a safe and happy day!