I've been reviewing old magazines for blog ideas and because it relaxes me.  One of the magazines I looked at was a 1909 edition of McCall's Magazine.  You might not know it but originally the name was McCall's Magazine The Queen of Fashion.  Here's some perhaps unknown trivia for you.  The pattern company was originally established in 1870 by a Scottish man named James McCall.  I read that the company did not publish instructions on the paper patterns until 1919. 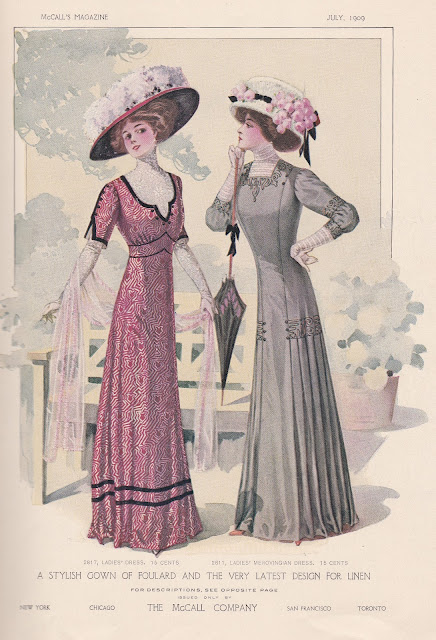 1909
It's interesting to note that patterns originated in 1860.  Four pattern companies of the past continue today: McCall's Simplicity, Butterick and Vogue.  I'm certain that the development of published quilt patterns owe a lot to the fashion industry.
I almost skimmed past one page in the 1909 edition I read today.  It didn't have much in the way of quilt ideas.  "Fun For the Little Folks" the headline read. 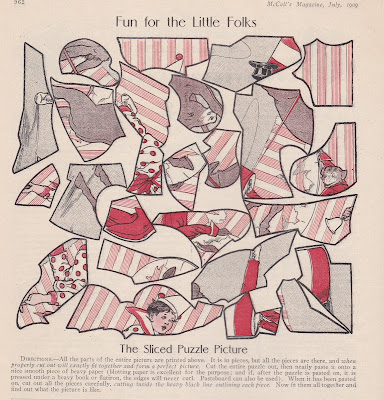 It was nice to see that even back then, McCall's included a page of merriment for children.  Perhaps the other magazines did too and someday I'll check for that.  For me, it reminded me of Betsy McCall.
Do you remember Betsy McCall?  The one magazine that I looked forward to was mother's McCall's because I loved the story and the paper doll. The paper dolls never lasted long because they were on magazine grade paper, but I sure enjoyed them anyway!  Here's one from my collection: 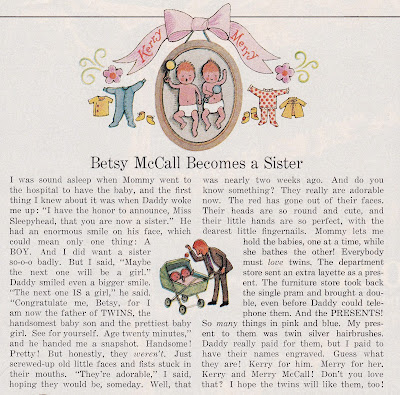 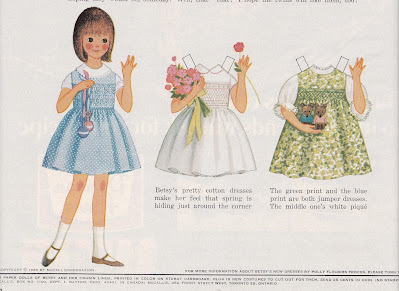 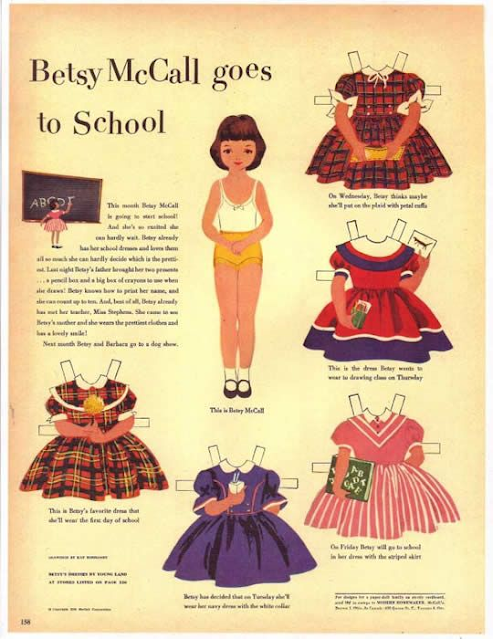 1951 Betsy McCall paper doll I found on Pinterest.
In 2000, the magazine bearing the McCall's name ceased publication and the new magazine folded in 2002.  Happily, McCall's still has quilting and other needlework magazines.
Betsy McCall was so popular that even a doll was manufactured in 1952 and dolls continued to be produced (by various companies) for many years.  I didn't have one.  Did you?
Anyway, that is it for today.  Have a safe and happy day!

Posted by Michele McLaughlin at 8:22 AM