For decades, my love for vintage and antique children's books and quilt patterns has never waned.  I was delighted a number of years ago when a younger generation of quilters and embroiders became entranced with the images too.  A number of websites like Flickr celebrated vintage embroidery transfers and images from children's books.  Blogs featured the designs too--most notably Martha Gray's Q is For Quilter which you can still explore although Martha has retired from blogging--and is still popular.

The trend was noticed by fabric manufacturers.  1930s reproduction fabrics had already became fashionable. A number of designers (most notably Amy Barickman and Michael Miller) shared their passion for illustrations found in antique and vintage children's books.

The Sew-It Book  Things to Make With Needle and Thread and Odds and Ends: 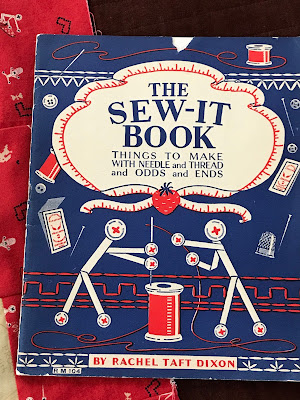 This book was published in 1929 and was the second in a series; the first being The Make-It Book Things to Do with Scissors and Paste and Odds and Ends  published in 1928. 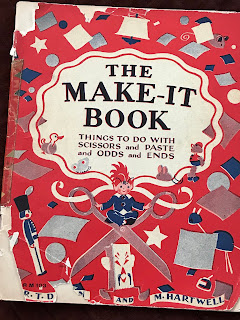 The books  were written and illustrated by Rachel Taft Dixon and Marjorie Hartwell.  The two illustrators partnered frequently through out their careers in children's literature.
It appears that the Sew-It book was predominately written by Rachel Taft Dixon (1889-1960) with some illustration assistance by Marjorie Hartwell.
The Sew-It Book clearly charmed Amy Barickman who republished the book in the 20-teens (maybe 2014?) and created a panel and coordinating fabric from the illustrations.  Here is a wall hanging top I made from the fabric: 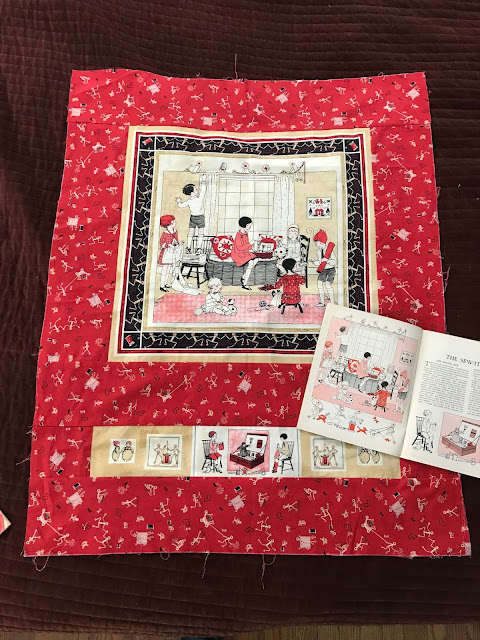 Rachel Taft Dixon was a graduate of Pratt Institute.  She earned her certificate in Costume and Commercial Illustration in 1914 which may explains why she wrote the sewing book.  I know less of Marjorie Hartwell but both women had a lengthy career in illustration.
***
This book you may remember from the 1950s: 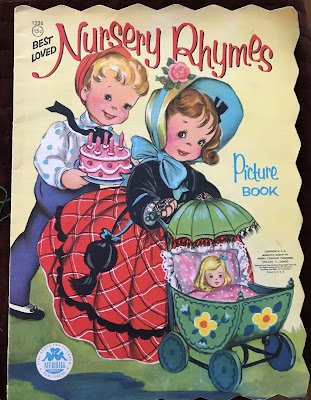 Although this was a popular book (it was reprinted numerous years in a row).  No illustrator is listed.  Michael Miller printed a panel of these charming children.  Another wall hanging top I made: 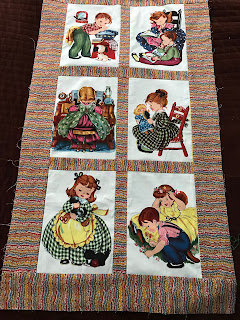 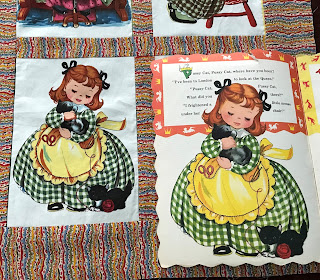 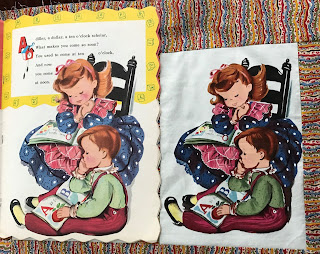 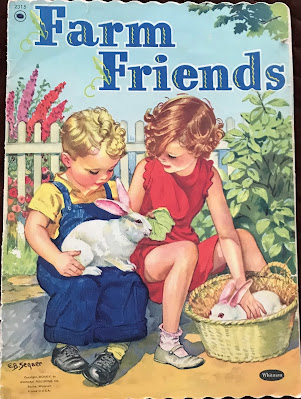 Ellen Barbara Segner (1901-2001) was a New York illustrator probably best known now for her illustration of the Sunbeam girl: 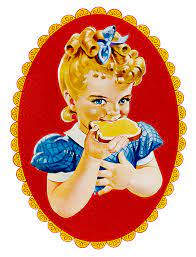 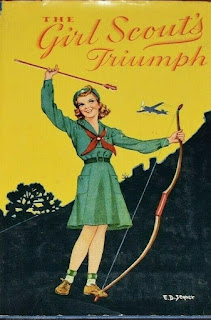 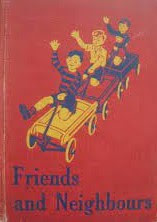 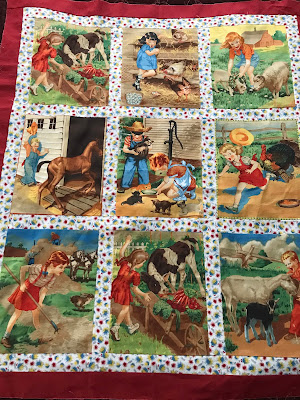 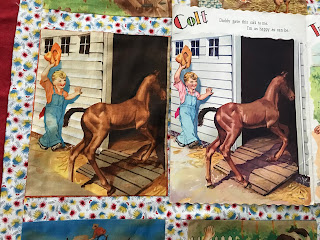 Posted by Michele McLaughlin at 3:00 AM