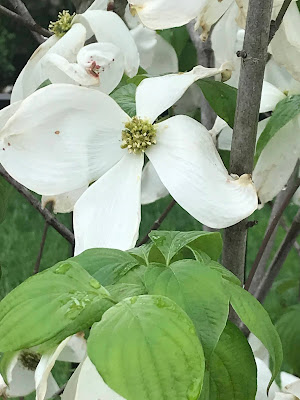 The dogwood trees are blooming!
Most of us are familiar with vintage dogwood quilt patterns.  This is the one that usually comes to mind: 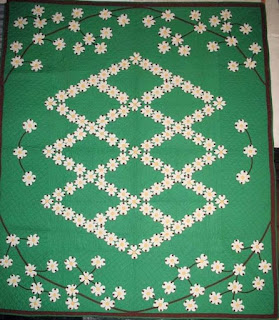 Actually there were tons of different dogwood patterns that designers created in the 20th century.  Marie Webster did this one which I think is called "Dogwood Baskets" 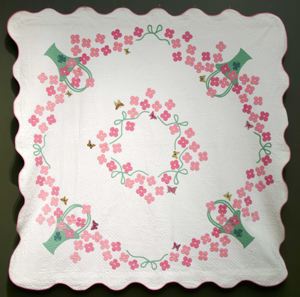 These quilts always remind me of the movie, The American President because at one point, the President wanted to send the official flowers of Virginia to the female lead.  There was a fun banter as to whether the dogwood was a flower or a tree (it's both).  McKim's design for the State Flower included Virginia's choice: 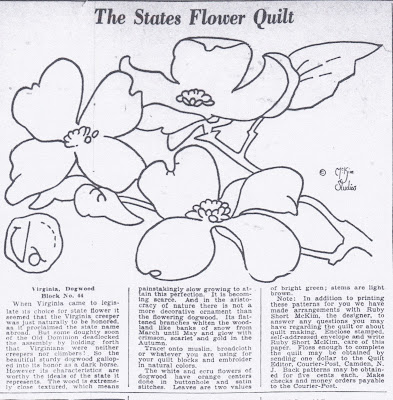 The Kansas City Star offered a Dogwood pattern that was less literal: 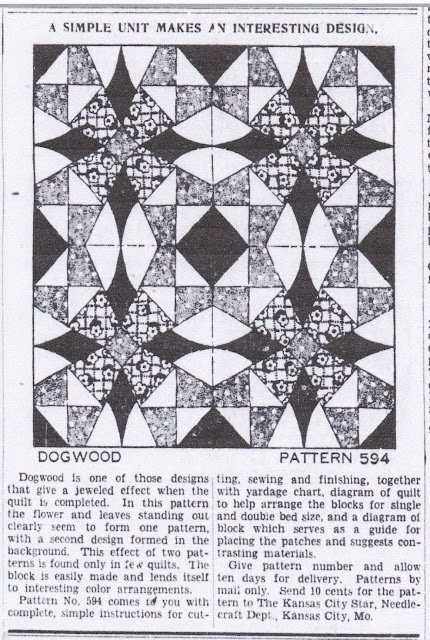 Laura Wheeler offered a pattern that would make a good and portable applique project.  The flowers were featured on the blocks: 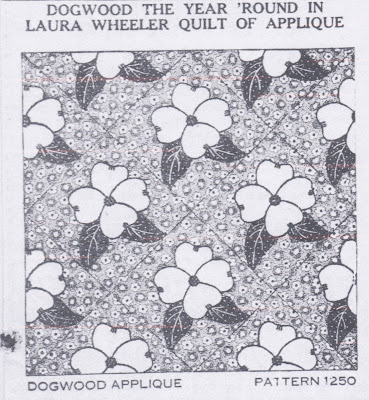 But my favorite dogwood pattern is the pun intended crib quilt!  I've never seen a completed quilt of it.  I love it because of course, it features dogs 😍 .   Apologies in advance for the illustration, this is the only image I have of the quilt layout in my file: 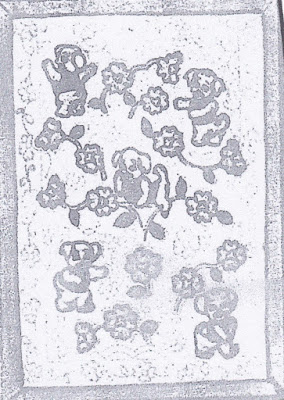 I may not have a completed quilt of this but I do have an unfinished top.  I thought of finishing it but quilters do like to see kits from yesteryear and to be honest, I'm not that good at applique. 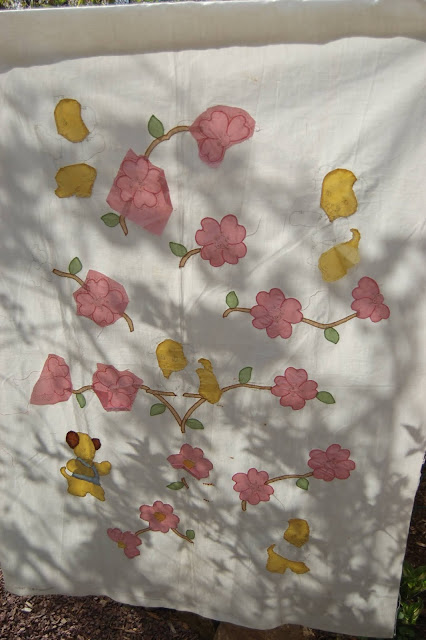 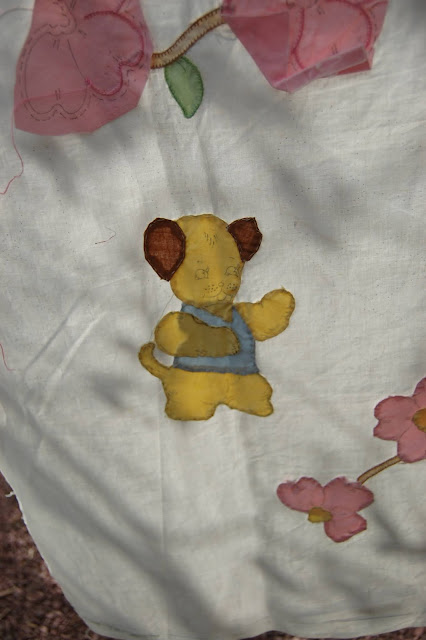 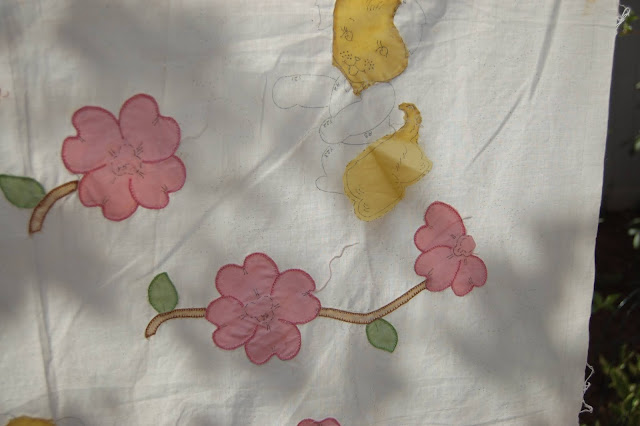 This quilt kit was from the 1950s and I don't know the designer.  In the 1940s and then again in the 1950s, there was a similar crib pattern offered called Pussy Willows: 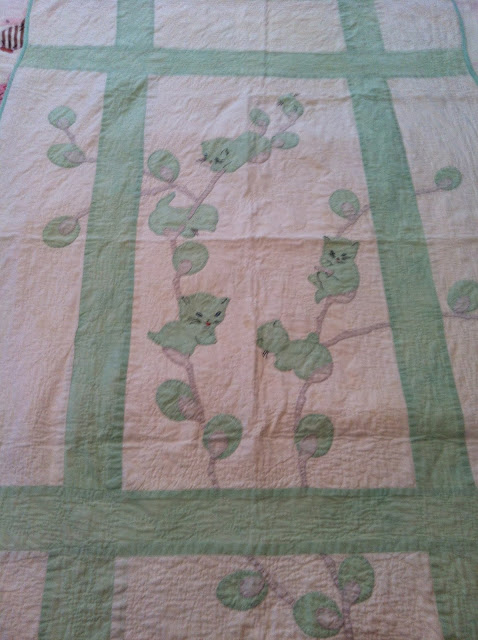 This version is from the 1950s.
Tomorrow is Flower Friday!  Why not share what is blooming in your world and email images to allentownquilter@gmail.com
Have a safe and happy day!

Posted by Michele McLaughlin at 4:29 AM

Email ThisBlogThis!Share to TwitterShare to FacebookShare to Pinterest
Labels: Dogwood