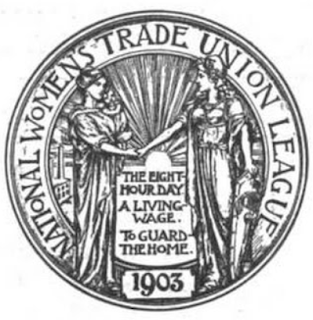 An interesting collaboration was the National Women's Trade Union League (WTUL) formed in 1903.  It joined working women and affluent women (often referred by the press as the "mink brigade") to abolish poor sweatshop conditions and support women's union.  This group helped create the International Ladies Garment Workers' Union and the Amalgamated Clothing Workers of America.  It also supported the American Federation of Labor towards a pro-suffrage position and recognition of the plight of women workers.

The WTUL supported women's suffrage and often in their magazine, Life and Labor, they published articles about enfranchisement.  Women's suffrage was viewed by this group as a critical way of gaining laws and regulations to protect workers.  Rose Schneiderman was a critical force in suffrage for working women. 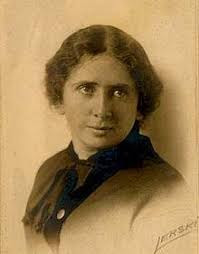 The Triangle Shirtwaist Factory fire underlined the differences in labor and the mink brigade.  The best analogy I can give you is a comment that was made to me a few decades ago in Russia.  I was admiring the little gardens outside of Moscow and remarked that I loved gardening.  My friend made a comment that I never forgot:  "You garden for pleasure," she said.  "We grow vegetables for survival."

So too during one memorial after the fire when labor leader, Rose Schneiderman emphasized the plight of  workers vs. the mink brigade.  The mink brigade felt the solution was a fire prevention bureau.  Working women felt there was a need for class solidarity of the workers.  You can read Schneiderman's moving comments here.

Schneiderman gave a critical speech in Indiana in 1912 and used the phrase "Bread and Roses" for the labor movement.  It became a rallying cry for the 1912 Lawrence Textile Strike in Massachusetts.  Schneiderman said:

What the woman who labors wants is the right to live, not simply exist--the right to life as the rich woman has the right to life, and the sun and music and art.  You have nothing that the humblest worker has not a right to have also.  The worker must have bread, but she must have roses, too.  Help you women of privilege, give her the ballot to fight with.

Another poem with the name "Bread and Roses" by James Oppenhiem was written a year before and became a favorite.  You can read it here.

Eleanor Roosevelt was a member of the WTUL and was so generous to the group that they nicknamed her their "fairy godmother". 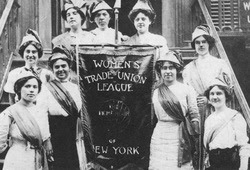 Posted by Michele McLaughlin at 9:04 AM