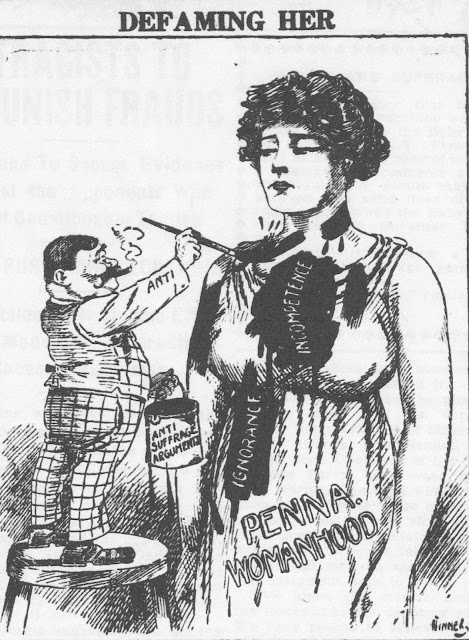 Yesterday I reported about how cordial the Antis and Suffragists were at the Allentown Fair.  Only a year later, an incident occurred that showed the conniving of some Antis.

1915 was a huge year for Pennsylvania suffragists.  Along with New Jersey, New York, and Massachusetts, a referendum for woman's suffrage had been scheduled.  All that was needed in Pennsylvania was for (male) voters to support the referendum in November.  There was a huge push by suffragists that year to gain the support of men. 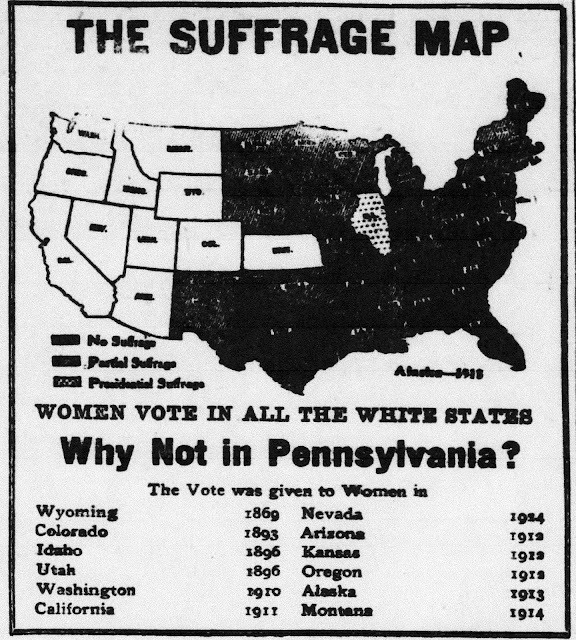 And then this happened:

The front page headline was scandalous enough to ruin any aspiring politician's future.   A warrant had been made out for Williams after a complaint by a Mr. Borton who said Williams was in an illicit relationship with his wife.  Williams had been caught red handed in the woman's room.

And if all that wasn't enough, Mrs. Borton was a suffragist working in Allentown.  Her behaviour seemed to illustrate every Antis suspician about corrupt women in the suffrage movement. Oh the Scandal!

But as the story unfolded during the next few weeks, a seemingly simple end to Mr. Williams' career and the suffragists' cause turned out to be an elaborate plot of treachery: 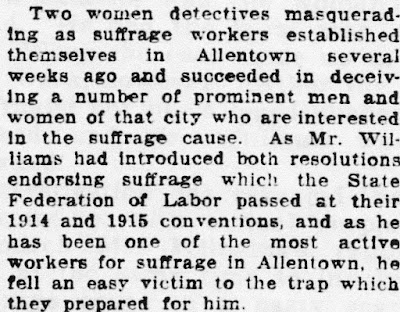 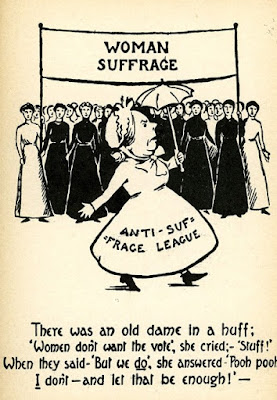 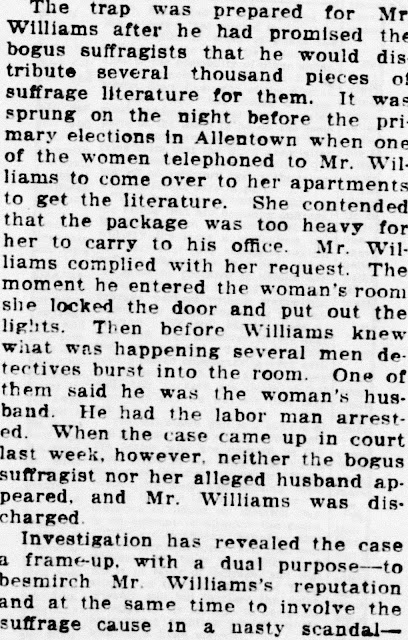 Suffragists weighed in on the despicable action: 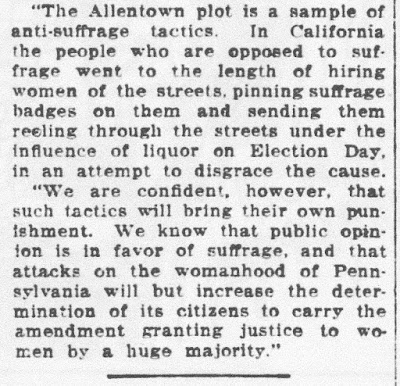 A month later, three men and the two women detectives were charged for conspiracy and criminal libel--including Mr. Borton.  And as it turned out, Mr. Borton was not married to the woman in the room.  I know the libel complaint was settled out of court but the conspiracy charge dragged on for years and it seemed to disappear after the U.S. entered World War 1. 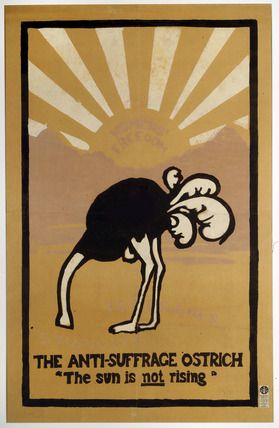 I am sure you are wondering what happened to poor David Williams.  A man's reputation was EVERYTHING and a scandal like this could have destroyed his future.

Mr. Williams did overcome the scandal.  He had an illustrious career despite the conspiracy and was named Director of the Industrial Relations for the state by Governor Pinchot in 1925.  His career continued and in 1931, he was hired to work in the U.S. Department of Labor and held other various positions as a labor leader. 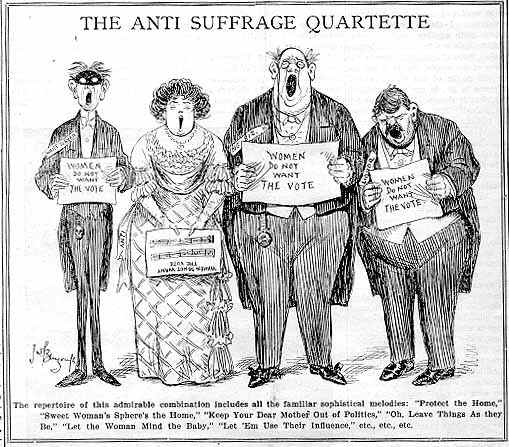 Despite the fact that the Antis reputation had been tarnished by this episode, the Antis scandal did not help the cause of suffrage.  Pennsylvania women did NOT gain the right to vote in the 1915 referundum.  The eastern part of the state voted firmly against suffrage. 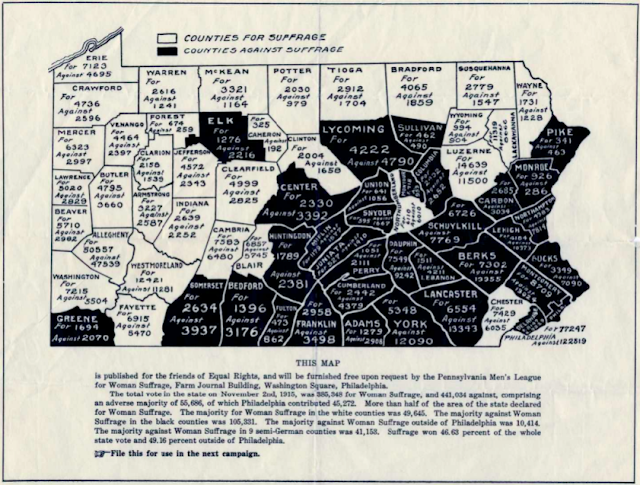 I know that some of you will find that surprising. Philadelphia saloon keepers and brewery owners had waged their own war on suffrage fearing that women voting would leave to prohibition--which of course it eventually did.

Posted by Michele McLaughlin at 4:31 AM

Email ThisBlogThis!Share to TwitterShare to FacebookShare to Pinterest
Labels: Antis #3: A Trap of Treachery