Before I go any further, I just want to let you know that if you have questions about following the blog, you can always email me at allentownquilter@gmail.com

If you are having some problems, here are some suggestions:
Once you plug your email in, you will get an activation notice from feedburner in your email.  Make sure it hasn't gone to your spam folder.  Hit the activation key and you should receive emails! 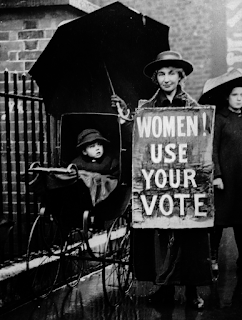 I've been asked if there is a difference between suffragists and suffragettes.  The short answer is yes and no.  Both groups sought women's enfranchisement but their tactics differed.

To Americans, "Suffragettes" in the early 20th century were militant and even violent women who wanted the vote in the United Kingdom.  Under the leadership of Emmeline Pankhurst,  the Women's Social and Political Union (WSPU) had no problems smashing windows, hitting policemen, arson, and even setting bombs.  Suffragettes imprisoned in Great Britain referred to themselves as political prisoners, went on hunger strikes, and were often forcibly fed. 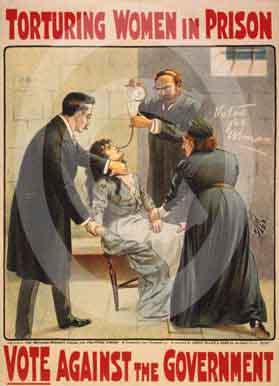 People in the United States were very aware of what the Suffragettes were doing in Great Britain and were horrified at what we now call "domestic terrorism."  However it must be pointed out that not all suffragists in the UK were militant.  There were many different suffrage groups--as there was in the United States.  The original suffrage groups in the UK established themselves in the late 19th century.

In the United States, the most militant group we had was the National Woman's Party.  Their tactics would be best defined as civil disobedience: they silently demonstrated outside the White House and Congress and their most extreme acts were to burn Woodrow Wilson's speeches and once they burned Woodrow Wilson in effigy (albeit a small one) when they burned a small straw doll.  These women were also arrested, imprisoned, went on hunger strikes, and forcibly fed. Called "The Silent Sentinels", women from the National Woman's Party silently picketed outside the White House from 1917 to 1919.

One interesting note is that Alice Paul and Lucy Burns who co-founded the National Woman's Party had both worked for the WCPU in Great Britain while they attended college in the UK. 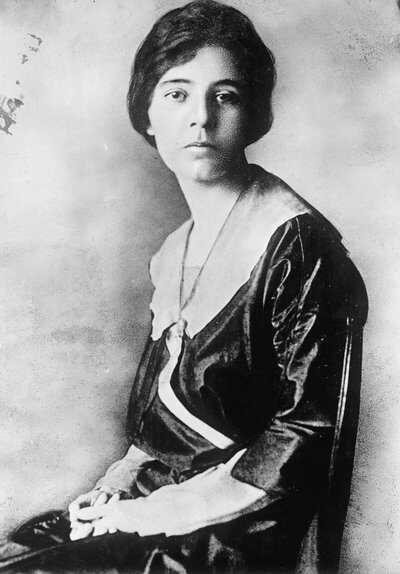 Both women were arrested, went on hunger strikes, and forcibly fed.  HOWEVER, they were arrested for demonstrating not for burning down the Tea House at Kew Gardens or planting a bomb near a church or a bank.

Because of the notoriety of the British Suffragettes, most women in the United States preferred to be called suffragists.  Even the National Woman's Party called their newspaper, "The Suffragist" and NOT "The Suffragette."

Posted by Michele McLaughlin at 5:43 AM

Email ThisBlogThis!Share to TwitterShare to FacebookShare to Pinterest
Labels: Suffragist or Suffragette?