In the late 19th century as women's suffrage began to get popular another group emerged as well:   the Anti-suffragists.  Often referred to as the Antis, this group was comprised of both women and men who opposed women's suffrage.  The Antis opposed all women's suffrage and warned of all kinds of disasters. 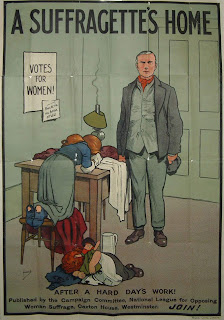 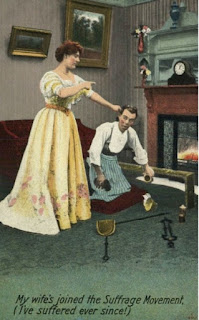 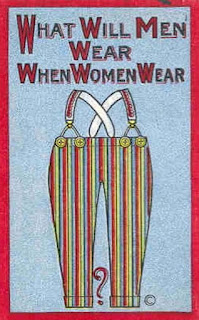 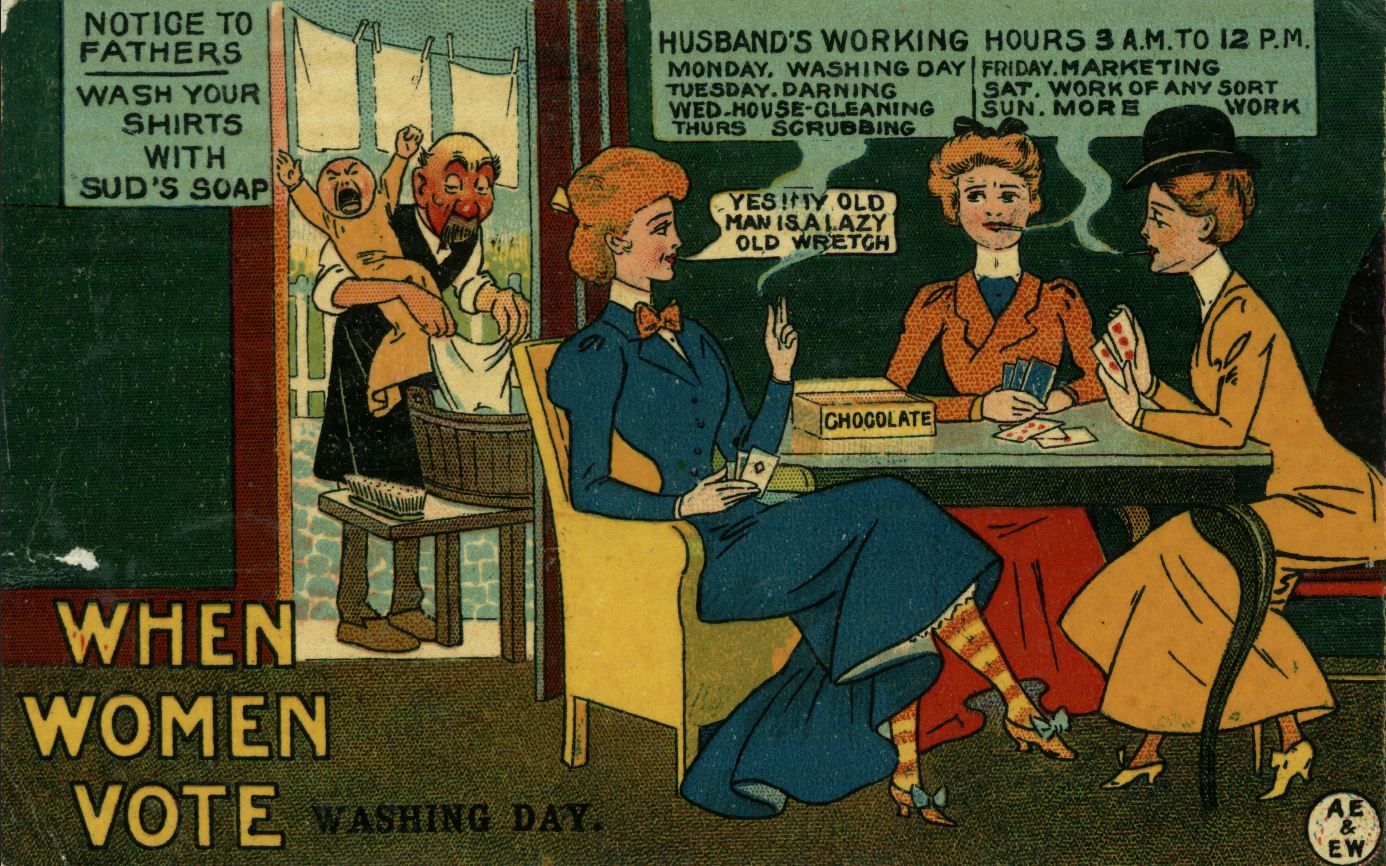 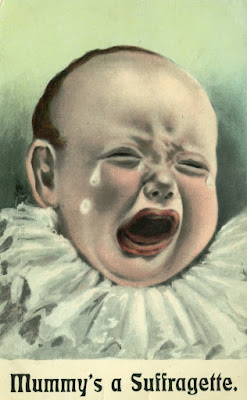 Men will have to care for their children
(oh the horror!):

The images were often violent towards women and ironically illustrated why women needed the vote: 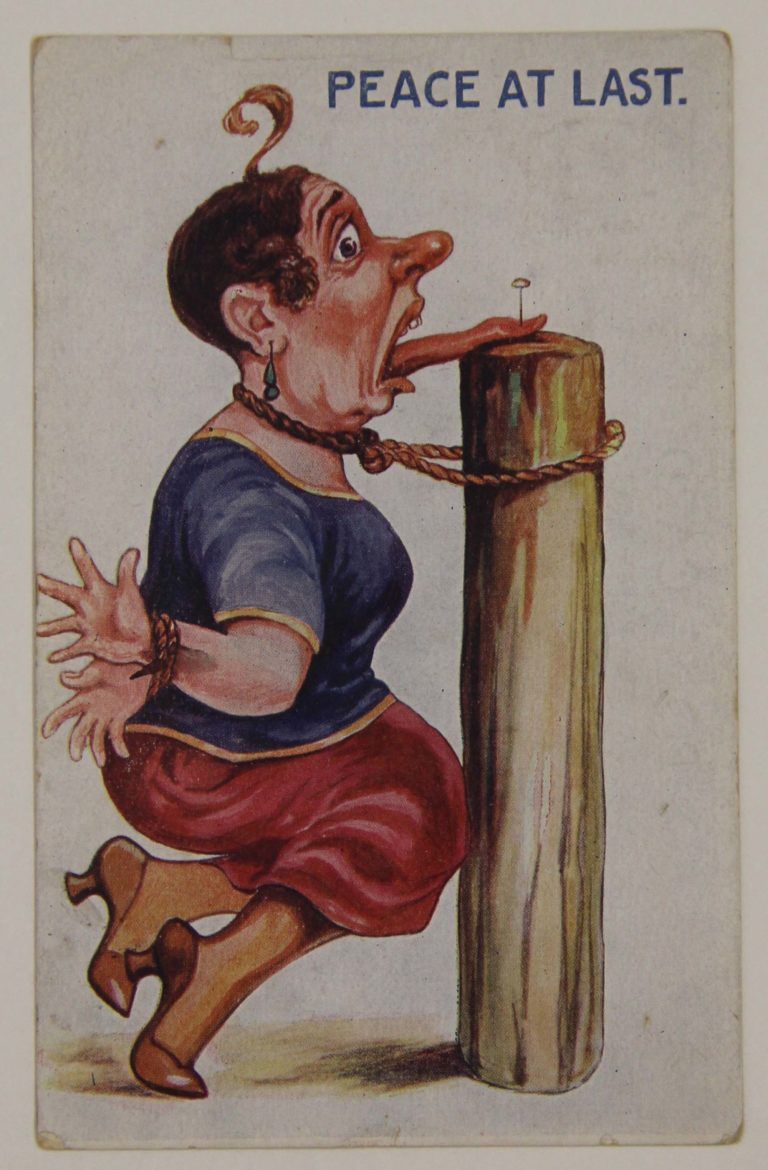 The rhetoric of the Antis was equally disturbing.  Five years before the first Silent Sentinel was arrested,  a Philadelphia Anti-Suffragist made front page headlines: 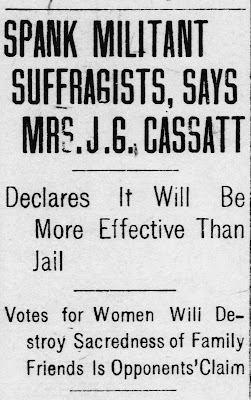 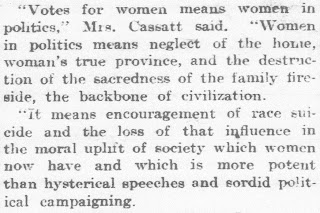 Well there you have it.  The end of the civilization as we know it.
One of the best responses to this kind of rhetoric occurred in the late 19th century when the Antis were organizing: 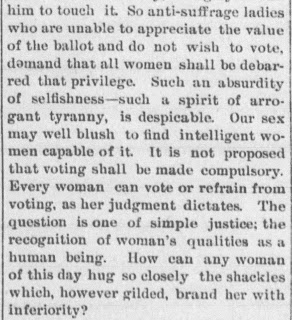 We'll be talking about the Antis again but for today, just remember this is the last day to compete for the batik giveaway.  I'll announce the winner tomorrow!

Posted by Michele McLaughlin at 1:01 PM

Email ThisBlogThis!Share to TwitterShare to FacebookShare to Pinterest
Labels: Anti-Suffragists #1