Suffragists were masters in what we now call branding.  Suffragists referred to their own marketing efforts as propoganda and it didn't carry the negative connotation it does now.  One of the many ways the idea of women's suffrage was promoted was with song.

When I was a kid, I learned to play piano.  When family visited, I would play while my father and grandfather sang Irish folk songs and Tin Pan Alley tunes.  This was apparently the main form of entertainment that both my grandfather and my dad knew as kids.  According to them, everyone had a piano and there was a thriving sheet music industry (versus the one store when I was a kid and none now that I know of).  This was "parlor music" and many suffrage songs featured this format of music and words written specifically to support the cause.

There were a LOT of songs written to support suffrage in the late 19th and early 20th century: 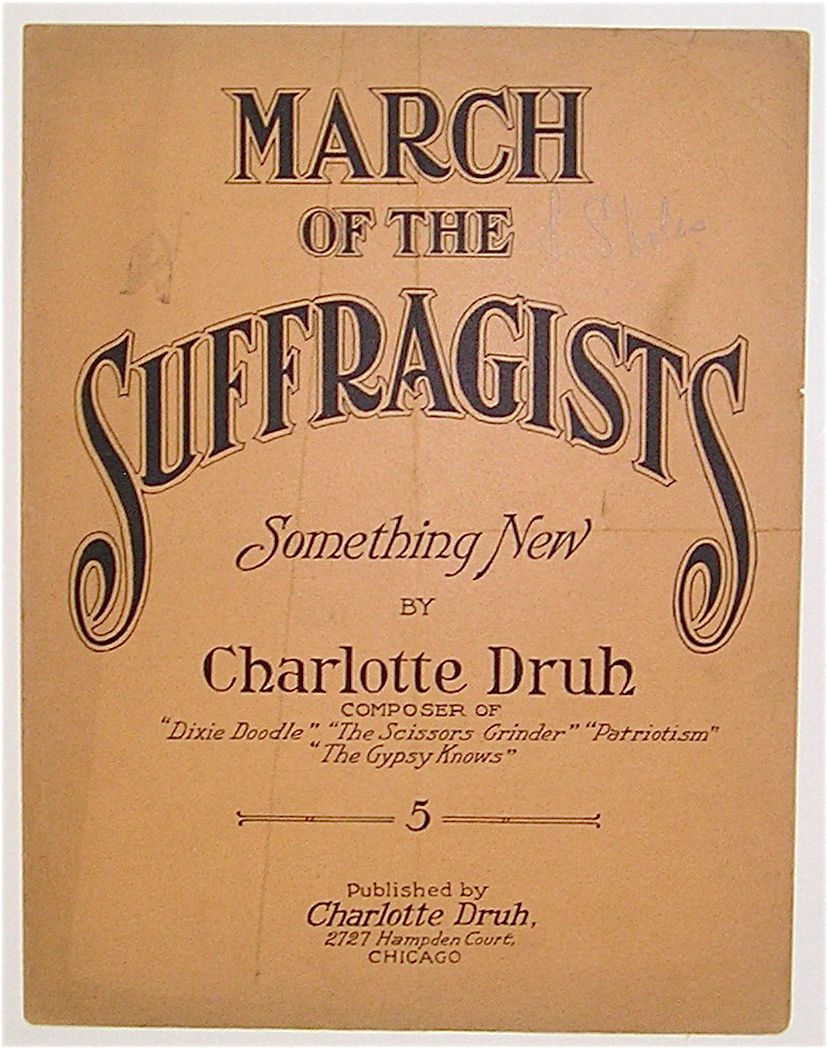 --and some Anti-Suffrage songs as well: 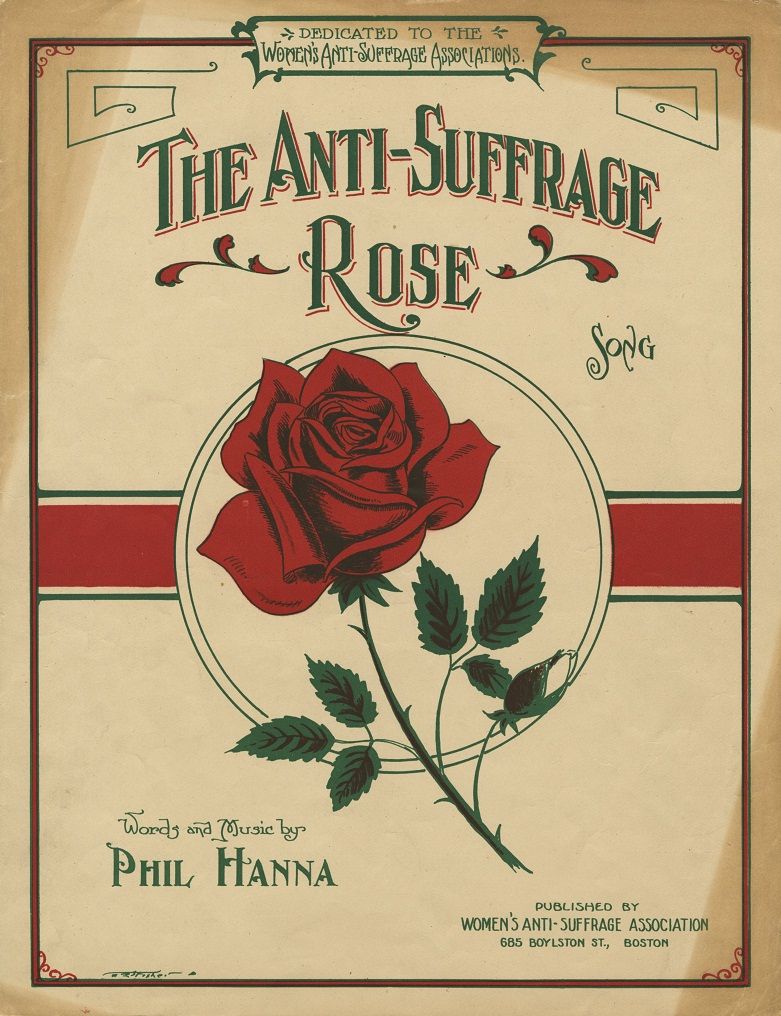 Rally songs of suffrage were melodies that were borrowed from other songs with new words; one didn't have to be able to read music to sing the song.  Here is an example: 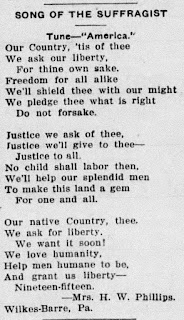 You can actually still purchase renditions of these songs.  I bought Elizabeth Murray's album, Songs of the Suffragettes a while back; it was offered via the Smithsonian. 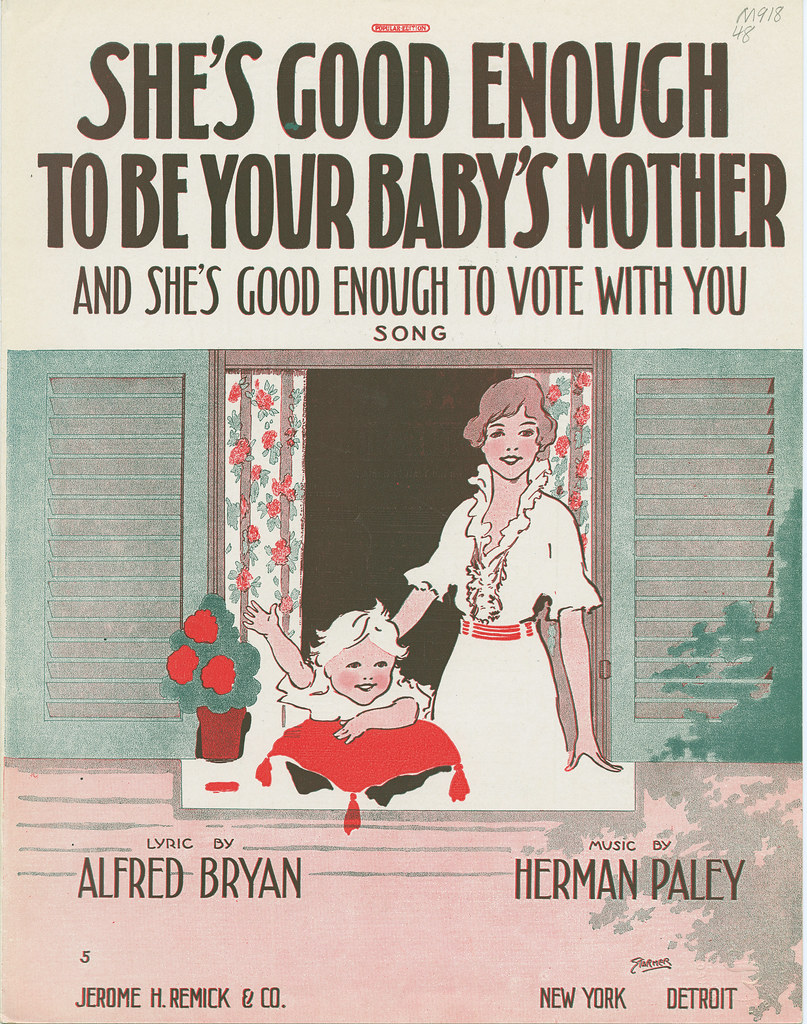 She's Good Enough To Be Your Baby's Mother hit here.
Posted by Michele McLaughlin at 8:22 AM