Today is the first day of the Great Allentown Fair!

I used to regularly attend the fair until I had an allergic reaction to the straw/hay that tends to be around the animals and other areas.  I still like to collect artifacts from the fair and have some nice pieces like these shams: 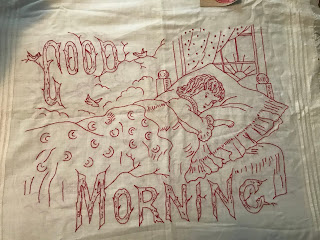 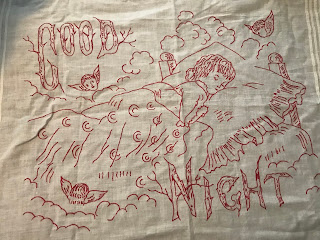 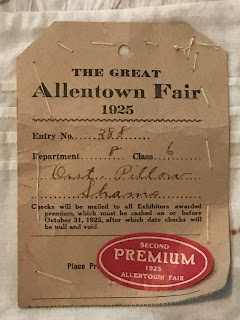 Early in the 19th century, socialites organized into two camps: those who supported women's suffrage and of course, the Antis.  Back then, organizations were set up booths at local fairs to gather support for their cause.  For at least one year, the Antis and the Suffragists seemed to arrive at a detente. 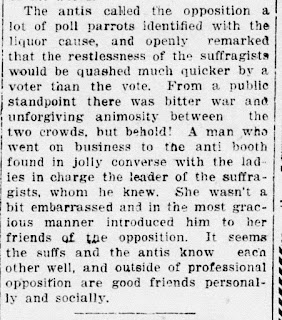 All seemed right with the between the two groups.  Or was it?  Things would change the following year and I'll write about that tomorrow.
Have a good day!

Posted by Michele McLaughlin at 5:48 AM

Email ThisBlogThis!Share to TwitterShare to FacebookShare to Pinterest
Labels: Antis #2