Sue sent a lovely photo of one my favorites: the gladiola! 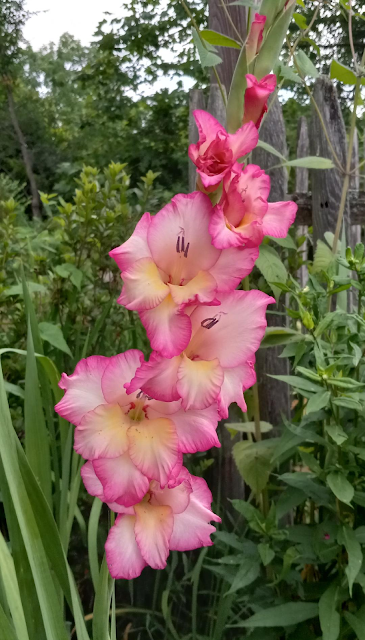 Sometimes I get my best ideas for you...my readers!  After my zinnia post (and by the way, most of you agreed with me about the quilt pattern looked like a coneflower), Susan wrote this comment:

"I never remember coneflowers when I was growing up. I was an adult when I first saw them. Perhaps in the 1930s coneflower weren't widely known so the patterns were called zinnias."

Well that resonated with me.  I had never seen the flowers either despite the passionate gardeners in my family.  So when did this flower become popular? 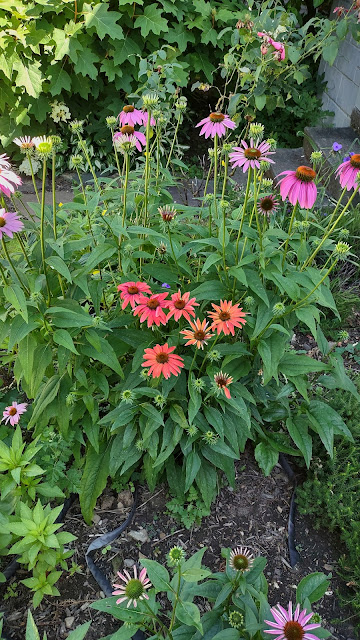 Traditional coneflower and a new variation in an orange-red in my garden.
The coneflower is actually a native to the North America.  I looked to see if it had an old botanical print and found one from 1860: 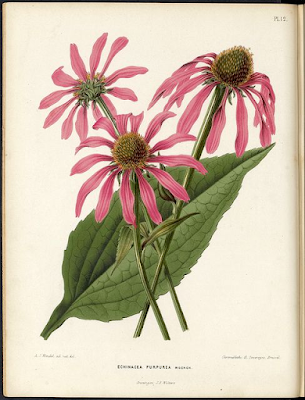 I also checked to see if the flower showed up in a lot of early 20th century articles on gardening.  Although it is mentioned in various articles that support using it in the garden, it rarely is mentioned in local garden shows until the late 1940s. 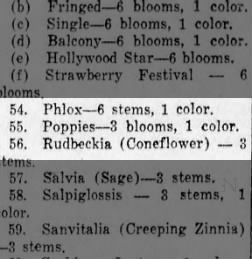 Hazleton, PA 1949
If you are wondering why the notation is for Rudbeckia and not Echinacea, it's because the flower was designated to the wrong family for decades until DNA testing on plants was done!
I did find an interesting article that supports Susan's question as well.  One blog reported that the flower was improved upon by German botanists in the 1960s.  However the plant only gained a slow popularity in the 1980s until it was named the "plant of the year" in 1998.
The same article cited that the name Echinacea comes from the Greek word, chinos...the word for hedgehog.  This word was used because of the prickly nature of the seeds. 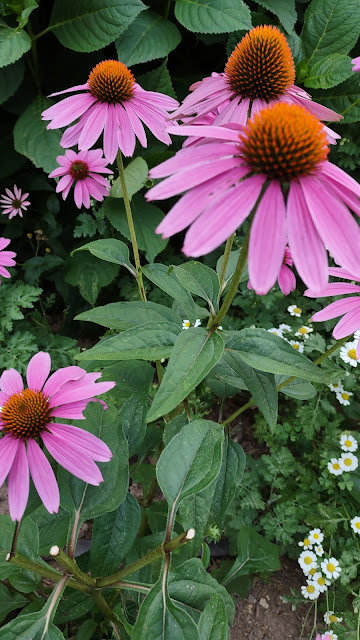 I highly recommend reading the history I found here if you are interested.
Well that's probably way more than you wanted to know, but I sure did find it interesting to explore this topic!
Have a safe and wonderful weekend!

Posted by Michele McLaughlin at 4:15 AM