I love this quilt.  Merry Christmas 1904 is a traditional redwork quilt although the blocks are fairly large.  I suspect that many of the patterns might have been purchased in the 19th century.  I used to take this quilt for my embroidered quilt program, but it is too fraile and I want to preserve it as long as I can.
The truth is that people can't really study the blocks that well in a group setting.  One of my many goals had been to redo the patterns but that project is not going to happen any time soon.
But in a blog setting, you can really study the blocks.  There are quite a few phrases under the images that I like.  Enjoy! 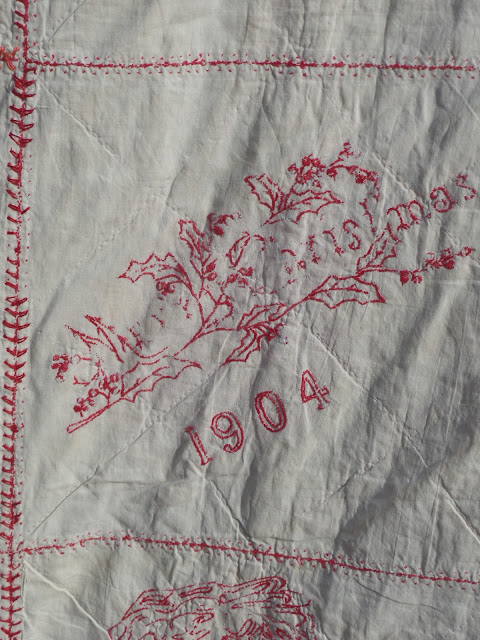 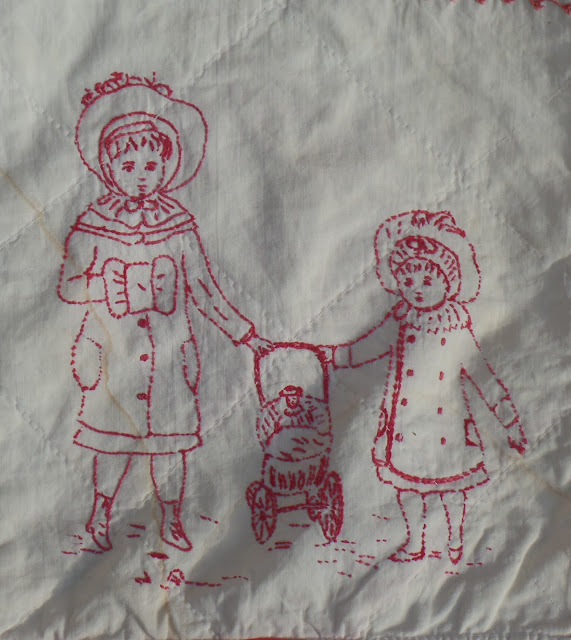 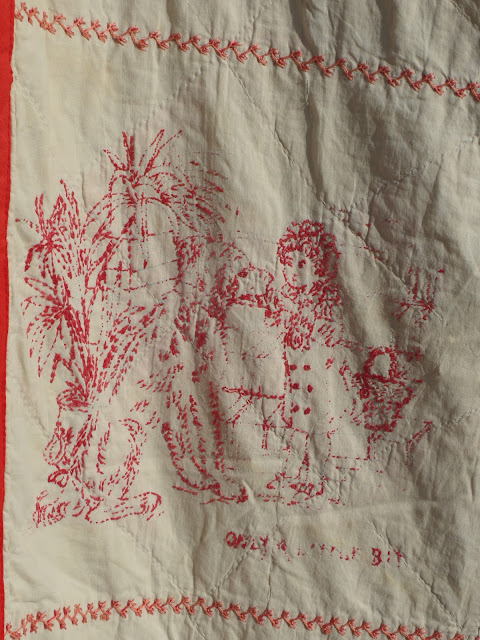 "Only a little bit" is written under this block of a girl sharing with a pup. 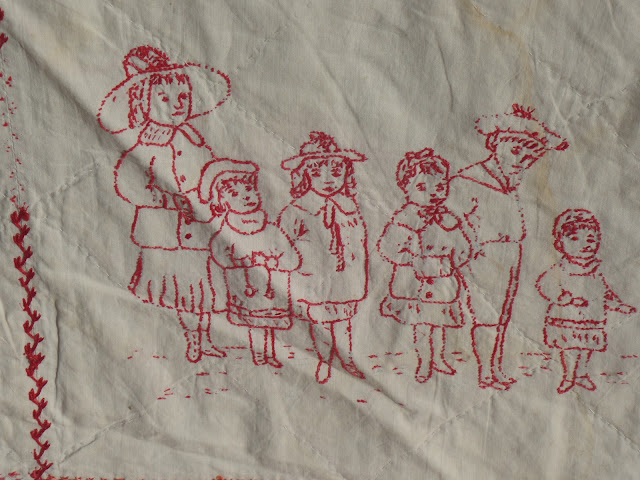 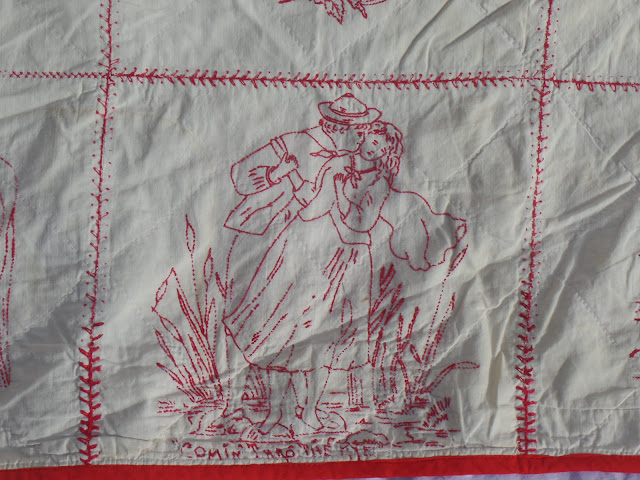 "Coming thro the rye"  makes me think that this quilt was for an adult's bed, not a child. The poem with the same name is a fairly racey poem by Robert Burns. 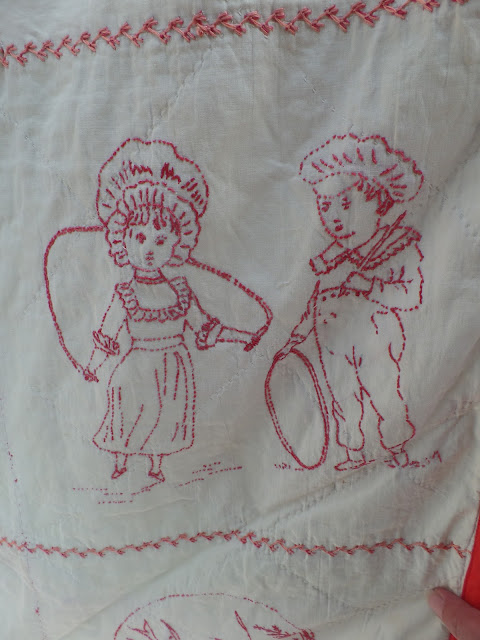 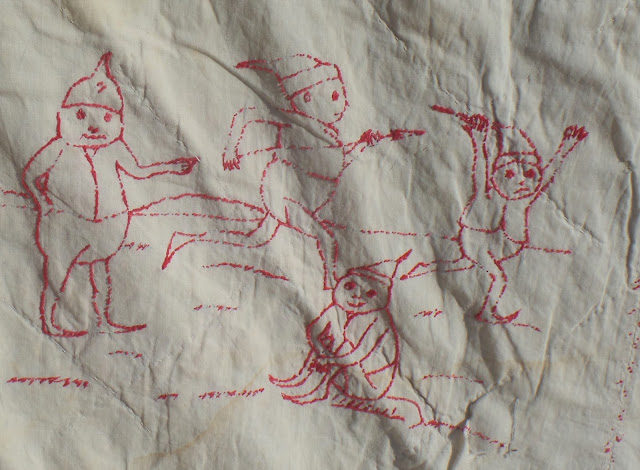 Brownies were a popular book in the late 19th and early 20th century and are depicted on the block above. 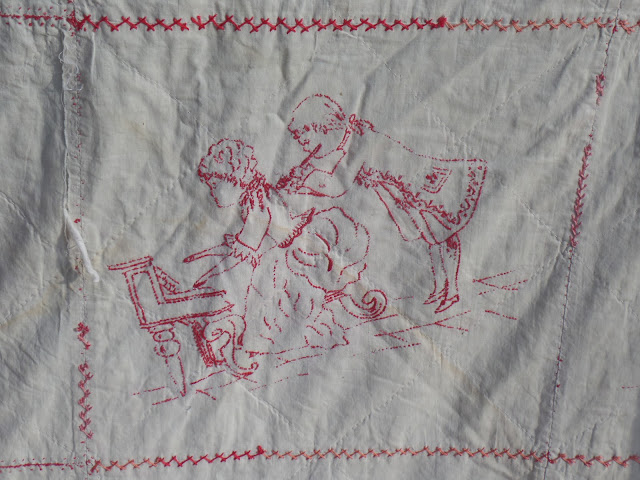 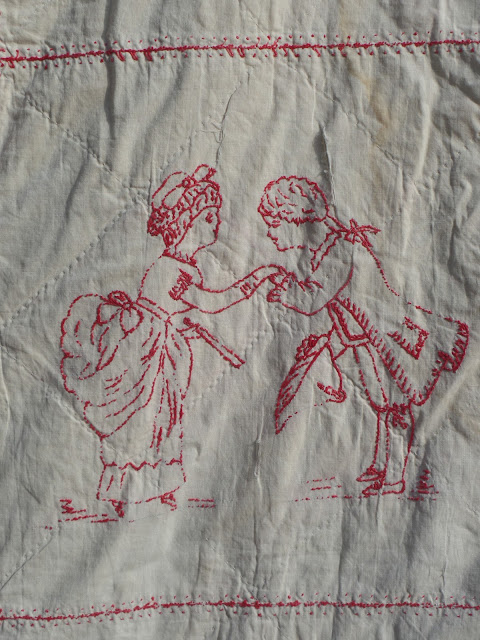 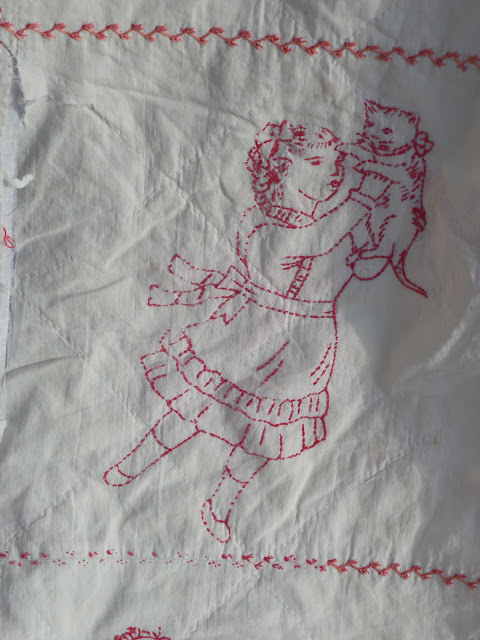 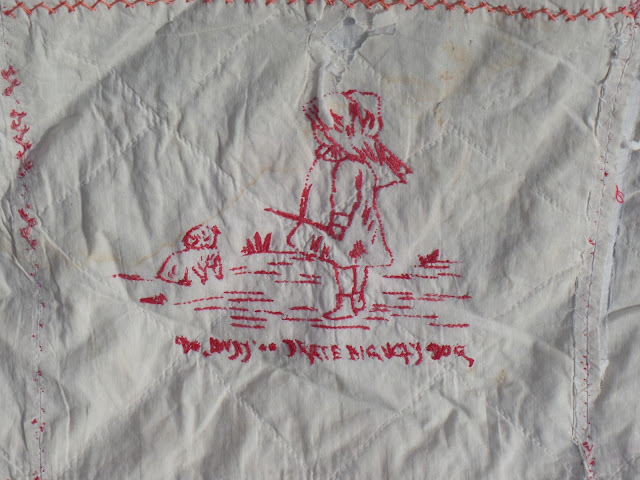 Never did figure out what was written here, something about a big ugly dog ?  😂 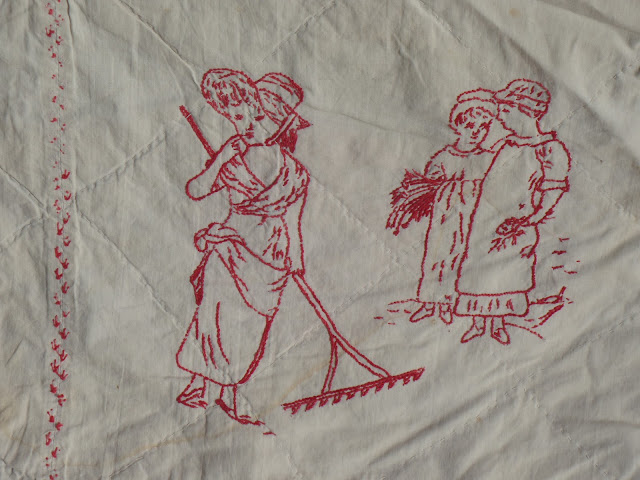 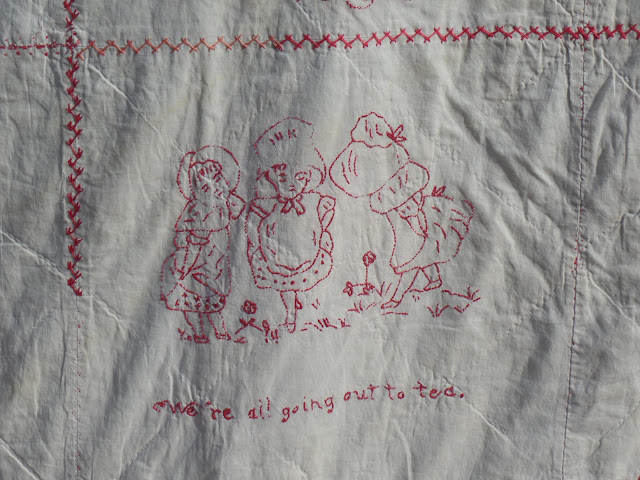 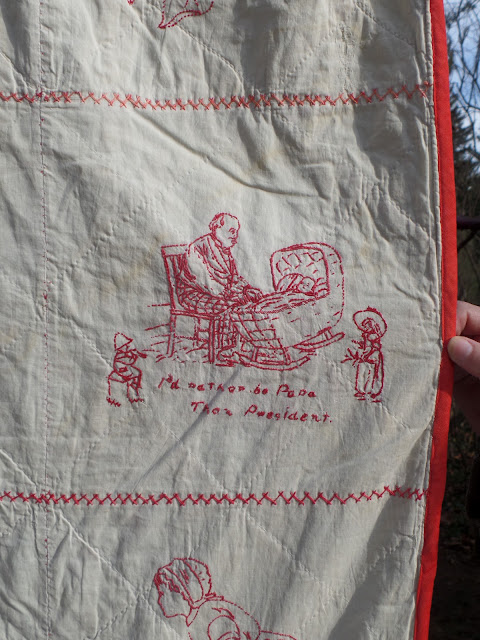 "I'd rather be Papa than President"
Have a safe and happy day!
Posted by Michele McLaughlin at 5:52 AM