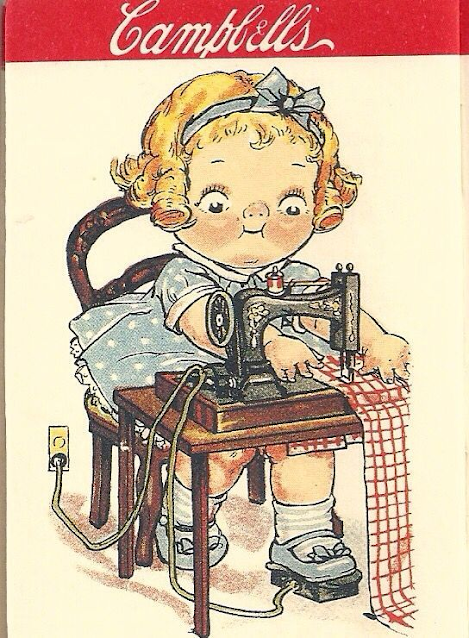 "The Campbell Kids" are one of the most enduring illustrations and still popular over a century later.  They were the creation of Grace Gebbie Wiederseim Drayton.  She was born Grace Gebbie and daughter of a prominent Philadelphia art publisher.  The name Wiederseim came with her first marriage and Drayton with her second.  Both marriages ended in divorce.
Grace was very diverse in her craft.  She began working in 1895.  After her marriage to Wiederseim in 1900, she entered the world of comic strips and her "Dolly Drake" and "Bobby Blake" cartoons were widely successful and even picked up for advertising: 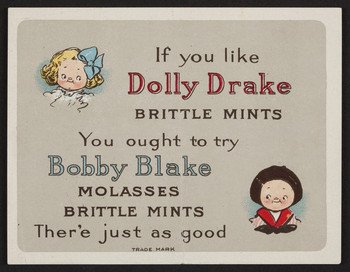 She developed a number of comic strips and was the first woman cartoonist to be published in Hearst newspaper.  By 1904, Campbell's Soup began using her "kids" for their ads.  The Campbell Kids ads are featured in nearly every magazine I have collected and evolved with the society and current events.  There was even a Campbell Kid doll. 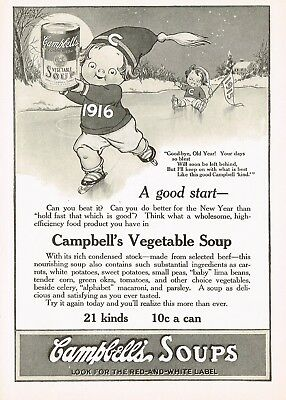 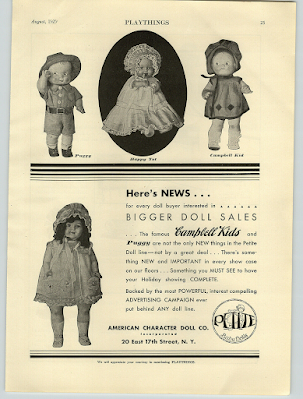 Her illustrations continued to be popular.  In 1916, "Dolly Dingle" paper dolls became a regular feature in Pictorial Review  (yes, not unlike Betsy McCall we loved as kids). 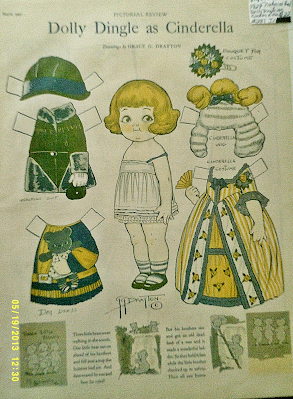 She also collaborated with her sister Margaret Hays.  Margaret wrote the stories and Grace  illustrated the books.  They were wildly successful: 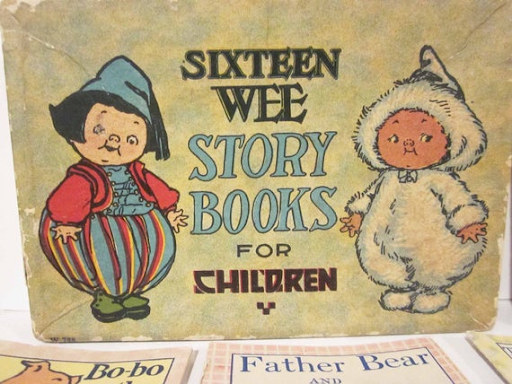 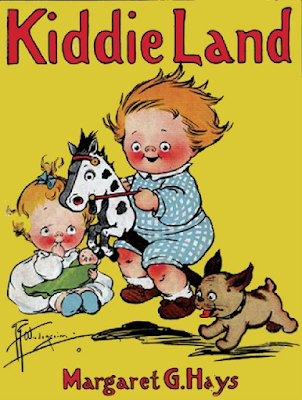 Probably one of her most popular cartoon series occurred later in her career, "The Pussycat Princess".  Drayton died shortly after creating the strips but it continued with two other artists for over a decade.
Because of the great popularity of her creations, it is not surprising to see her images on quilts.  I've never been able to figure out if there were actual embroidery transfers but I'm sure that the characters inspired many a child to embroider: 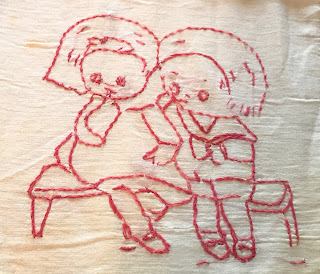 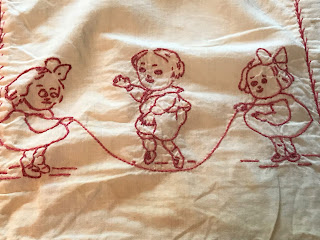 Drayton's characters continue to be popular.  From time to time, embroidery transfers of the kids are republished: 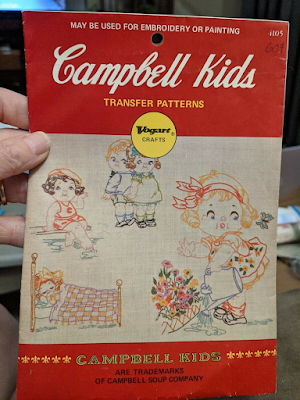 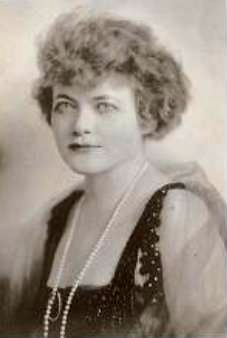 This is my favorite photo of Grace.  It shows that she herself had a wide face like her "kids".

Posted by Michele McLaughlin at 7:13 AM