This just in:  Silent Film Star Made Quilts!

Marion Davies was a silent film star.  Some of you may have heard that she had a long love affair with William Randolph Hearst.  Mostly I know of her because I've seen documentaries or features that explored the house  mansion Hearst had built for her: 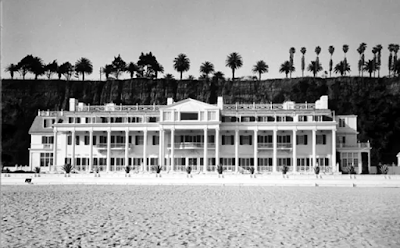 Apparently it was a favorite location for parties with the Hollywood elite.  You can read about her life on Wikipedia so I won't go into that.

But did you know that Marion Davies Quilted?  I didn't either until I stumbled upon  this newspaper article: 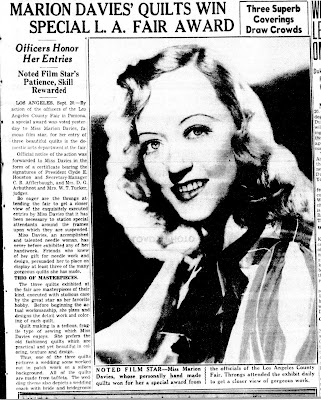 The Movie Star had entered her quilts in the Los Angeles County Fair.  Her quilts were a big attraction to the fair and special security had to be installed to protect her work.  According to the article, all her quilts were made from taffeta. 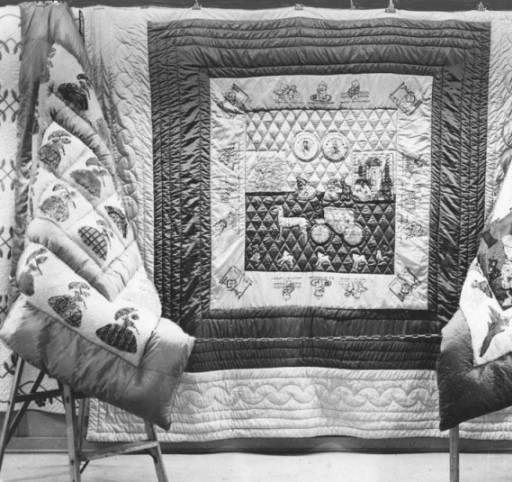 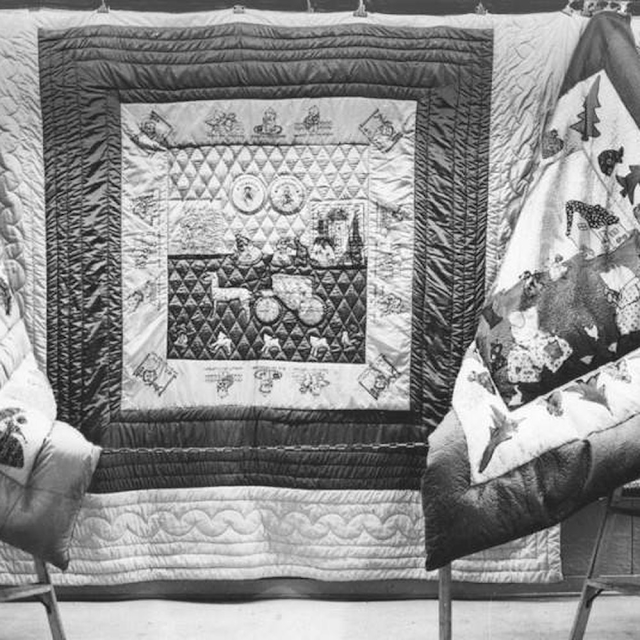 This was the best I could do with the photographs.  The top one shows a Colonial Lady to the right.  The above photo shows a wedding scene in the center and to the right is a scenic quilt with Sunbonnets.

The quilts were shown in 1941.  The border on the wedding quilt has embroidered figures and I know that some of those are kewpies.  At the top and the bottom (upside down) in the center is this Kewpie: 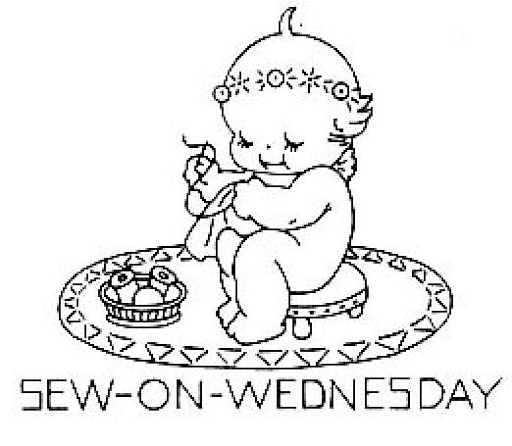 I think this one is to the right of the center figure (at the top): 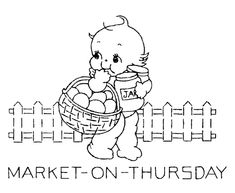 I can't make out the other images.
I'm not sure about the corner images although they could be Kewpies hanging wash out on the line.  I'm just not sure.  What do you think? 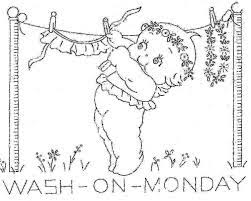 The newspaper reported:  "Before beginning the actual workmanship, she (Davies) plans and designs the detail work and coloring of each quilt."
I wonder where these quilts are now.  I have no idea but it was fun to study the one photo I could find from the fair!
Wishing you a happy and safe day!

Posted by Michele McLaughlin at 4:40 AM