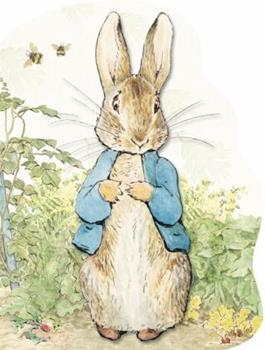 In 1901, Beatrix Potter's The Tale of Peter Rabbit was published.  Like Greenaway before her, Potter insisted that the books be published in a small form, easier for children to hold.  The books and her later works became incredibly popular and are still in print until today. 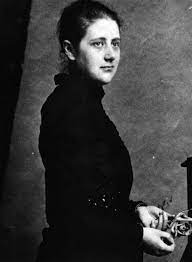 Beatrix Potter (1866-1943)
It is not surprising to find early redwork that featured the boy rabbit.  I have no idea if these were patterns or just renditions of the book: 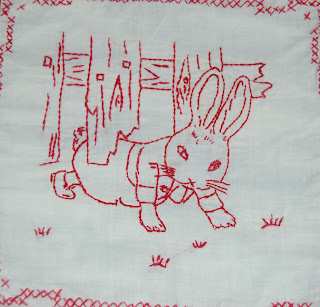 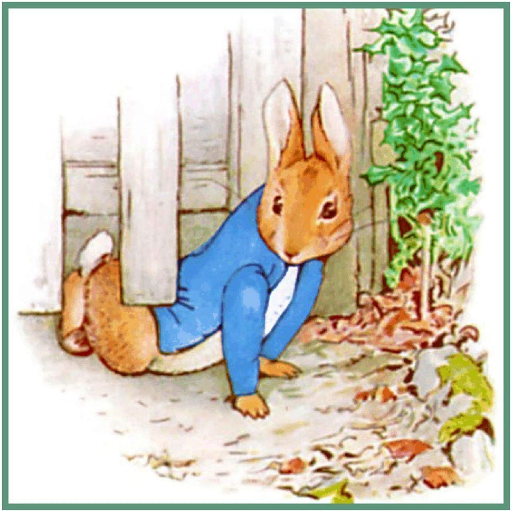 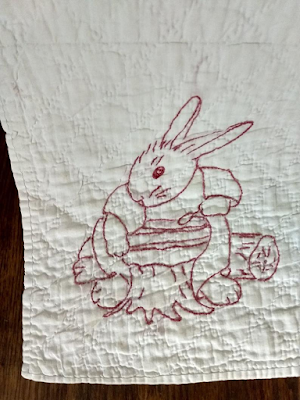 From an online sales site.  Possibly Flopsy, Mopsy, or Cottontail?
Potter was a great businesswoman and products like china, wallpaper and other items featured her adorable characters and made her a wealthy woman.  In later years, she would make the most substantial gift at that time to the National Trust--including 15 farms, 4,000 acres of land and the rights to her illustrations.
Years after Potter's wonderful book on Peter was published, books about "Peter Rabbit" appeared through the first half of the twentieth century as if they were multiplying...like rabbits.
The first book which featured "Peter Rabbit" was published by Thornton Burgess (see this post).  Burgess' original character was named Peter Cottontail but in one of his stories Peter became bored with his "common" name and decided to change it to Peter Rabbit.
Burgess was quoted as stating, "I like to think that Miss Potter gave Peter a name known the world over, while I with Mr. Cady's (the illustrator) help perhaps made him a character."
Ironically the patterns designed by Ruby Short McKim, included this statement:

"Copyright by Thornton W. Burgess and Ruby Short.  "Quaddy Quilties." All Rights Reserved."
Soon a number of other books of Peter Rabbits hopped into book stores: 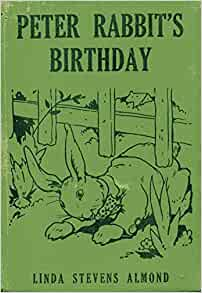 Linda Stevens Almond did a series of books published from 1917 until the early 1930s. 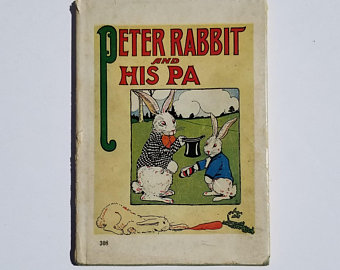 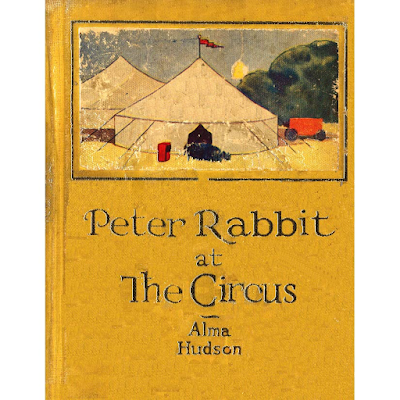 Alma Hudson's Peter Rabbit book was published in 1921.
By 1917, Beatrix Potter was quoted as saying, "I guess all rabbits will be called Peter now."
I know you are wondering why Potter didn't pursue this legally.  One source states that apparently her publisher didn't copyright her book when it was sent to the United States.  Another source said Potter considered taking legal action in the 1930s but by then the statute of limitations had run out.
Potter's characters continue to charm us and patterns as well as fabric continues to be printed.  Like so many children's books, her work has endured!
Have a safe and happy day!