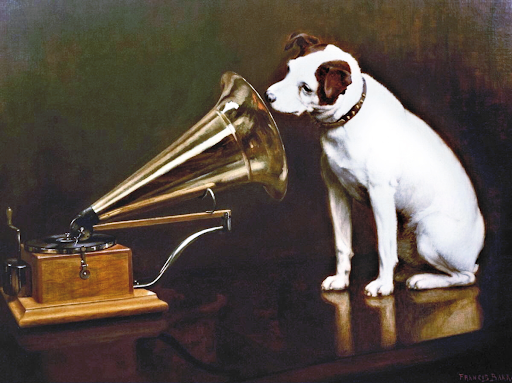 His Master's Voice.
Painting by Francis Barraud, 1898
Nipper the dog became quite famous not only because of this whimsical painting but because an illustration of the painting was used by companies like RCA Victor, EMI, and JVC.  Most of us in the states know this from RCA Victor ads: 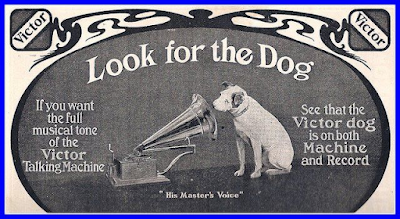 As I wrote last week, quilters will take inspiration from anywhere and so will embroidery and sewing companies!
Another popular ad was for a soap: 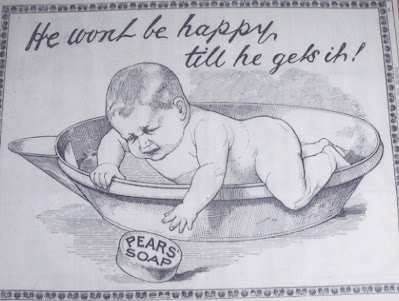 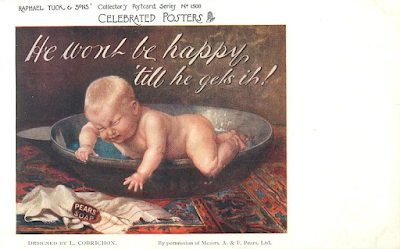 I have seen both of these images on a variety of redwork quilts: 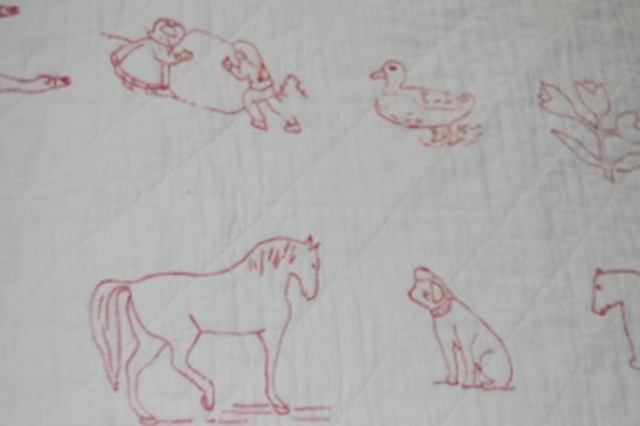 Above:  A horse and Nipper without the Victrola. 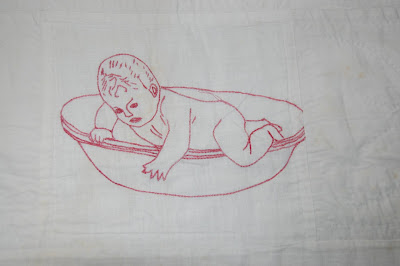 In the case of the Pears' Soap, I have seen this image so many times on redwork quilts that I suspect the drawing was made into a transfer or penny square.
In the case of Nipper, I'm simply not sure.  I have seen it one or two times on quilts (have you?) but it's difficult to know if it was drawn on copying an ad or used an embroidery pattern.
We are going to relook at ads again when we discuss comic strips.
In the meantime, have a safe and happy day!