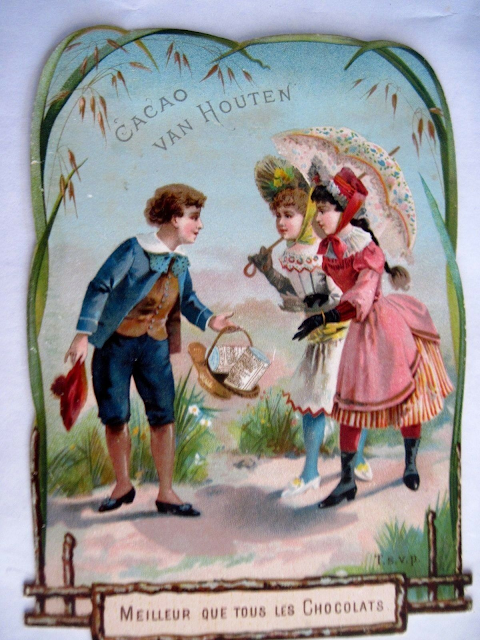 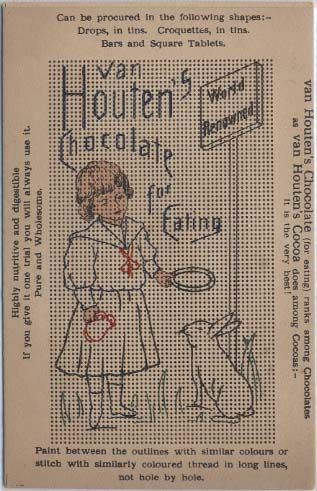 The cards could be painted or embroidered; apparently the advertisements were particularly popular in Europe. 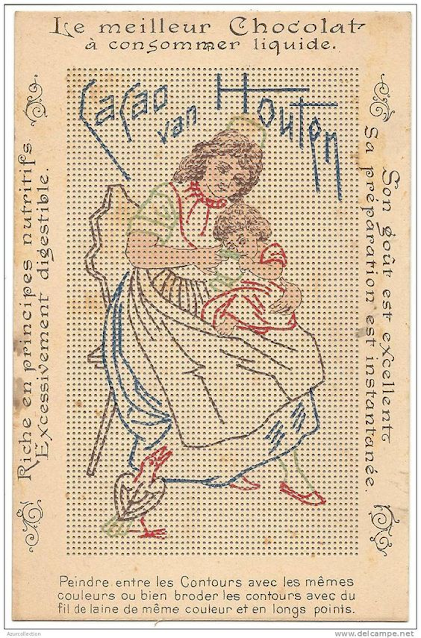 The cards advertised a variety of products such as this Spanish one for condensed milk: 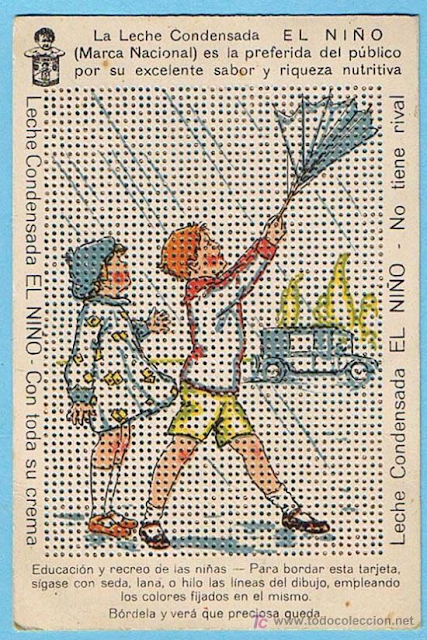 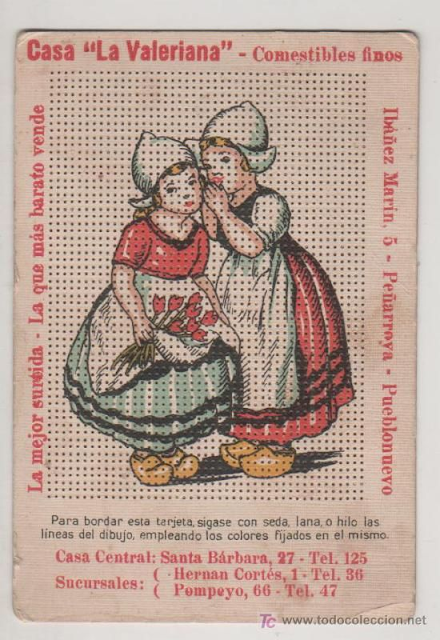 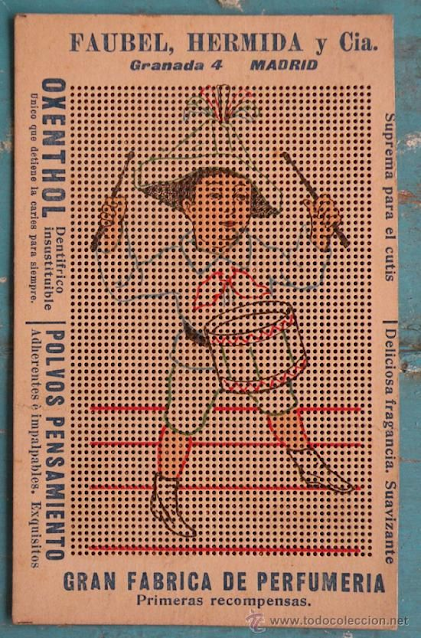 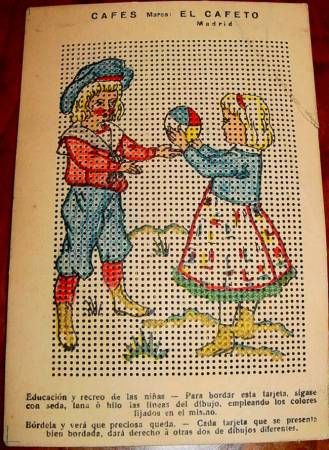 Coffee ad.
I've never seen these before and I certainly hadn't noticed them at any of the paper shows I visit.  I wonder if they were even used in the United States.  If you know anything about them, please let me know!
Have a safe and happy day!

Posted by Michele McLaughlin at 5:43 AM