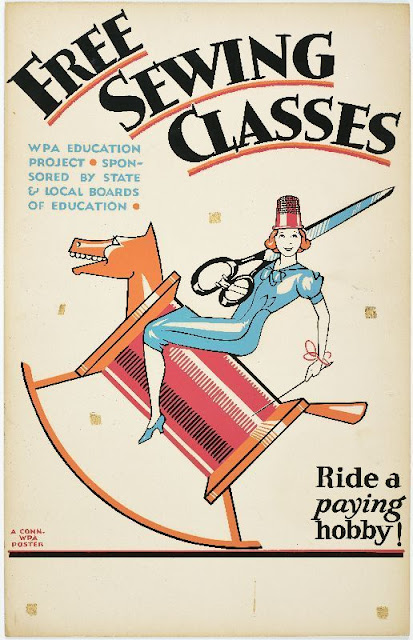 Finding work for women was one of the facets of the New Deal.  First run by the Women's Division of the Federal Relief Administration and later by the Works Progress Administration.
WPA sewing rooms were a large part of the project, two sources cited that there were over 10,000 sewing rooms throughout the country.  Some sewing rooms were equipped with treadle machines and some had electrical machines as well.  Women learned to mend clothing and dubbed the program "We Patch Anything."  Creating new clothing was an imporant aspect as well.   All the new clothing had to be donated to the needy--which sometimes included the very women that worked at the rooms. 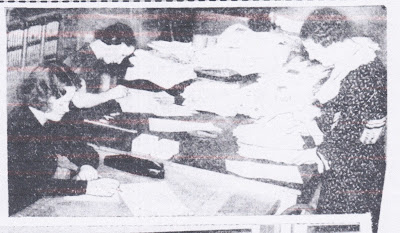 From Allentown the 1937 headline read:
"WPA Sewing Room Employs More than 200 Women.  Has Fashioned Tens of Thousands of Garments so that Not One Family Need to be Poorly or Shoddily Clothed this Christmas."
Each item made by the women had a special WPA tag in it that instructed "Not to be Sold."   The women made about $35/month and "needy" women who were heads of households or single were encouraged to work in the rooms.
One source sited that over 121 million pieces were made by the sewing rooms.  The articles included all types of clothing and linens.  Some interviews I read suggested that even quilt patterns were taught in the rooms.

1937 in Latimer County, Colorado: the women of the sewing rooms made gingham stuffed animals for the Salvation Army to distribute to needy children as Christmas presents 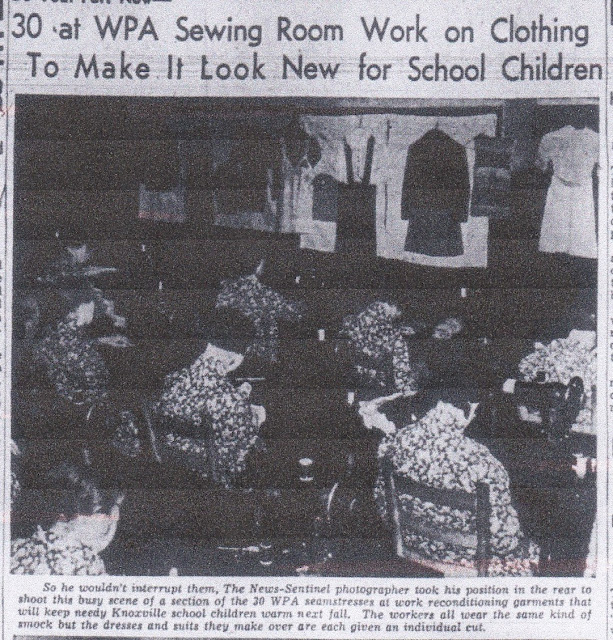 In Knoxville TN, 1939:  In springtime the WPA sewing room requested used clothing to be "re-conditioned" to make back to school wear for children in the fall.  "Even discarded neckties or men's scarves can be used in brightening up re-done dresses.   Photo above:  The women at this WPA wore matching smocks of the same fabric.
The need for these sewing rooms was great and it's a big subject.  I'll post another story about the WPA sewing rooms tomorrow!
Until then, have a safe and happy day!

Posted by Michele McLaughlin at 6:00 AM