How was your weekend?  I'm not sure how I'm going to feel after my second vaccine so I'm preparing this post early.  Today's pattern post is about the Sugar Loaf quilt pattern.  I actually started thinking about this because my husband and I were recalling when we got our polio vaccines.

My brother, parents and I received our vaccines at Nitschmann Middle School in Bethlehem, Pennsylvania.  My mother still talks about how relieved she and my Dad were when a polio vaccine was developed.  It was such a blessing.  Our generation all knew someone who had the virus.

In 1962, folks lined up outside the school and made their way to the large auditorium where we received our sugar cube.  I remember it very well because I asked my father if I could have a second sugar cube and he said no.  It was also the first time I saw sugar in a cube shape!

So that got me to thinking about two quilts from my collection that feature the sugar loaf pattern.  The pattern was named after old time triangular shaped sugar cones.  If you've ever watched antique road show, they sometimes get a sugar chest from colonial or early american times: 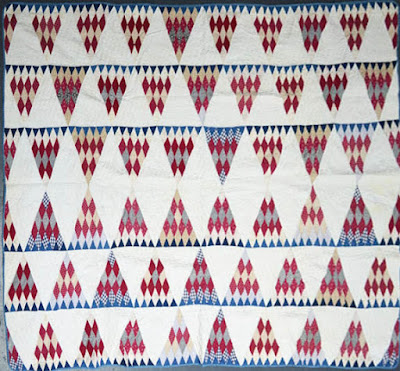 Here we are studying the quilt at a quilt study meeting many years ago: 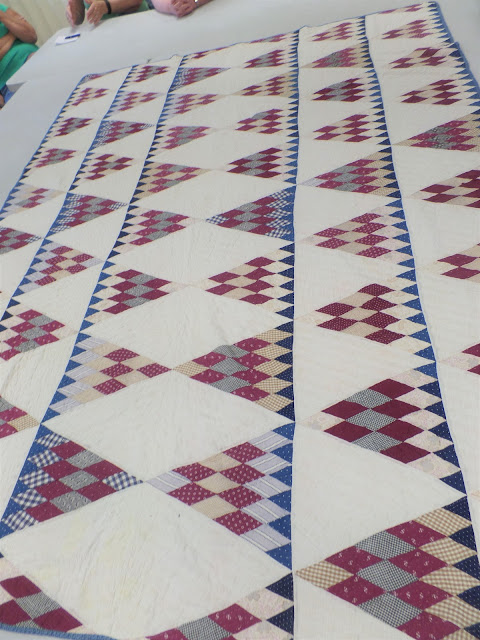 I would guess this piece is from the turn of the century, perhaps circa 1910.  There's a lot of gingham in it.  When I began looking for information about it, I discovered Barbara Brackman had a post with information about the pattern and some nice images of examples (including my quilt which she must have gotten from the online auction I purchased mine from).  You can read her post here.
I purchased this because of another quilt that I had bought locally which intrigued me.  I tend to buy textiles that either speak to me or that I'll never make (like applique) or require more piecing skill than my mediocre quilting is capable of creating.  This quilt was in both categories.  I loved this piece and still do: 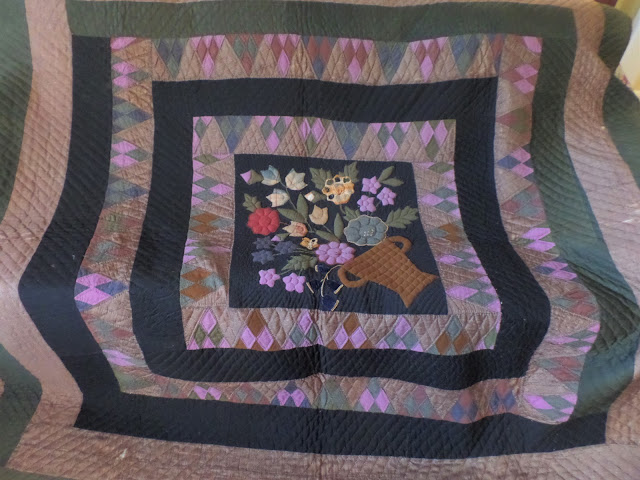 Close-up of the urn and flowers: 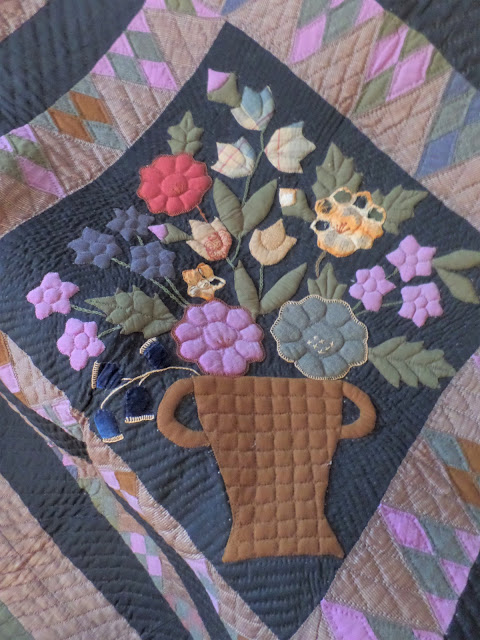 I love how she quilted the urn!
No the piece isn't ripped on the left side.  It's just the way the folds fell on the table.
Anyway, the sugar loafs that surround the applique made me so curious about the pattern that when I found the red, white, and blue one online, I had to buy it!
There's an article about sugar loaves here.  And another post I did last year on suffragists and polio is here.  Polio has been eradicated in most of the world except in three countries:  Nigeria, Afghanistan, and Pakistan.  I pray that virus doesn't mutate before those populations are inoculated.
One virus that has been eradicated from the world is smallpox. 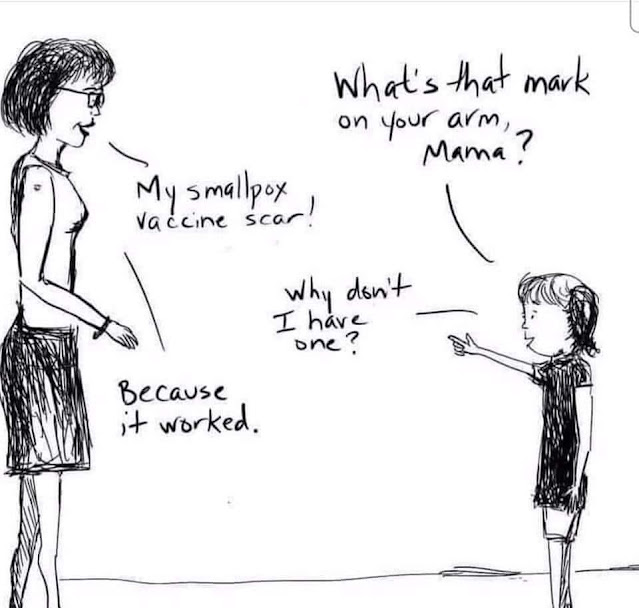 A meme being shared on facebook.
Have a safe and happy day!

Posted by Michele McLaughlin at 3:17 AM