"One thing was not censored:  the power of women's hands."  --Marjorie Agosin 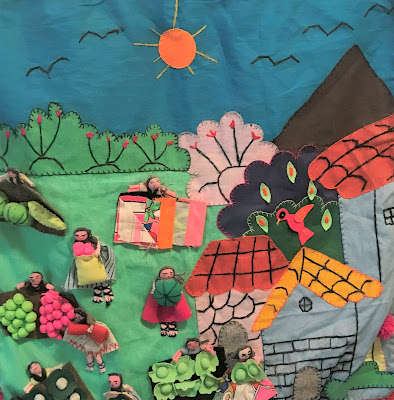 Since last Wednesday, I've been thinking about Chilean arpilleras.  Arpilleras are folk textiles now widely sold in South America to tourists.  I have a number of them; my husband has worked extensively in various South American countries.

Arpillera is Spanish for "burlap" and refers to the backing used: 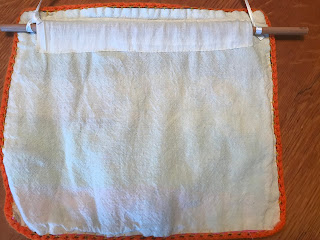 A lot but not all have a crocheted edge.  These textiles do not have batting and aren't quilted.
In 1973 a bloody coup occurred in Chile and Augosto Pinochet took power.  For the next 17 years, Chileans suffered during a regime has been referred to as "instutional terrorism" by historians and socialists.  Thousands were murdered, and thousands "disappeared."  To this day, many family members do not know what happened to their loved ones.
While much of the free world supported Pinochet for halting "communism" and "socialism" in Chile, a small community of women sought to support themselves by making arpilleras.  I can not stress enough to you how integral the Catholic Church was to these women; they payed them for the pieces and provided safe places for them to work.  For many of these women this work provided their only income after their husbands disappeared.  In one story, a woman gave up her place at the church to another woman:  "My children ate last night, yours didn't." 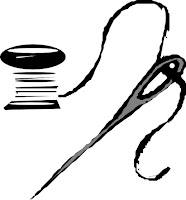 Most importantly, the arpilleras depicted the plight of Chileans.  Many illustrated the brutality of the regime, the lack of food and water, the loss or disappearance of loved ones, the torture and murder.
These humble folk art pieces were smuggled out of the country and illustrated to the world the true oppression and barbarity of the regime.  Because of this, arpilleras were eventually banned.  Women continued to make them and as the pieces were displayed in the world, sentiment grew against Pinochet.
Here are some photos and articles that you may wish to view and  here.  A video here.
Marjorie Agosin, a Chilean poet, spent decades studying and interviewing the arpilleristas.  I have a number of books on this topic and my favorites are by Agosin: Tapestries of Hope, Threads of Love and Scraps of Life.
In 1987, I attended a lecture at Kutztown University and heard Veronica de Negri described the brutality she witnessed; her own 19 year old son was burned alive by the military police. 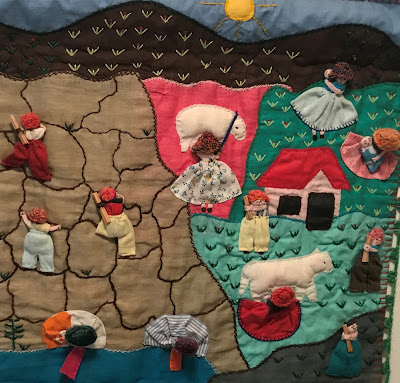 In the same year, the rock start Sting recorded his song:  They Dance Alone.  It is the true story of another artistic rebellion that Chilean women performed:  they danced alone in a dance meant for couples called the Cueca.  Even now, many women still  dance the Cueca alone as a form of mourning their loved (and disappeared) family members.  You can hear the song here.  It remains one of the most haunting and powerful pop songs I have heard.

Throughout history, artists have depicted oppression and inhumanity in their works; I've spent most of my life studying this kind of artwork.  Still powerful pieces such as Guernica--made by Picasso who had money and prestige for protection--pale in comparison to the courage of the women who sewed these humble pieces and risked everything to relay the inhumanity they endured.

I have been thinking about Chilean arpilleras this past week.  How would I relay all the inhumanity, indifference, and immorality of the past 4 years which culminated in the seige of the Capitol?  How would you? 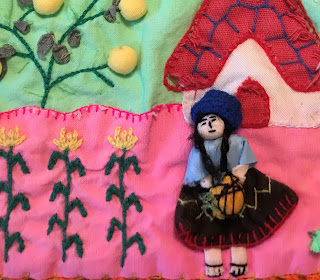