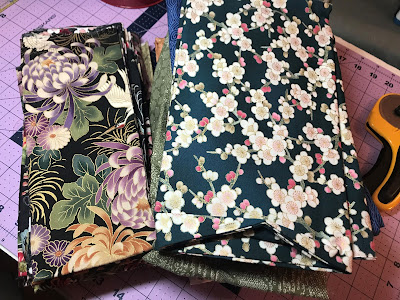 Didn't expect this photograph today, did you?  Guilds and sewing groups tend to focus on community projects.  Most guilds have a non-profit status and donate a portion of their yearly earnings to charitable causes.
I've never been to a guild where there wasn't some kind of drive:  colorful pillowcases for children in hospitals, Quilts of Valor for veterans, quilts for bereaved children (children who lost a family member) via Camp Erin, quilts for premature babies at hospitals, people at hospice, teddy bears to be distributed to sick children in the emergency rooms at hospitals.   The list goes on and on and on.... 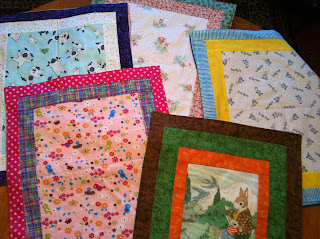 Premie quilts, sorry about the shadows..
And now during the pandemic, we have been making masks and ppe for hospitals and community groups.  You probably have as well.
Our tradition of sewing benevolence comes from sewing societies.  I never found an actual history of sewing societies but as early as 1821, I found reference to them in newspapers:

Sewing societies were often linked to a particular religion and church.  This tradition continues today in many areas.

1868
Sewing societies could even allow the ladies to express their political perspective, even if they couldn't vote.  In particular, many Anti-Slavery Sewing Societies sprang up before the Civil War: 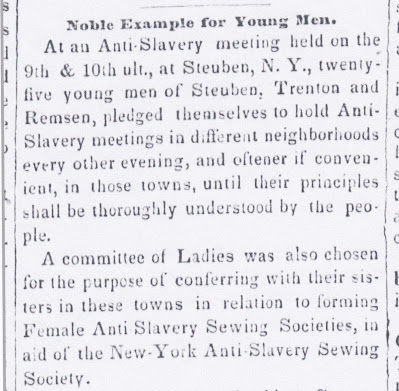 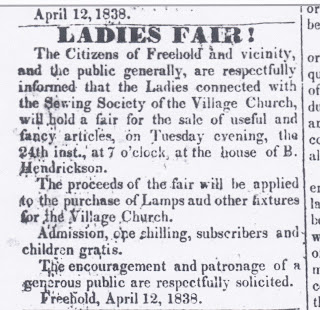 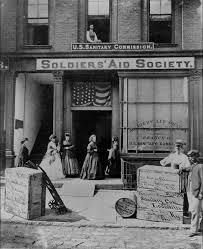 Sewing societies did not have the full support of men.  I found letters to the editor and editorials that questioned the integrity of the sewing societies:  "I sincerely believe, that the wish to be considered charitable far exceeds the wish to do good," wrote one man in 1834 who was too cowardly to sign his name to the letter.  Other men questioned whether women were competent to run fundraising.  For their part, the women ignored the men and sewed on.
Benevolence continued after the war by various groups of sewing women and supported causes such as suffrage, hospitals, aiding the poor or infirmed, and other charitable work.
It seems as if the word "guild" began to be used by quilters and sewing groups in the 20th century.  The first one I found was in the 1920s and affiliated with a church; in the 1930s, I found active guilds that were independent of a particular group in Michigan.
In the 1970s, more guilds were formed as I mentioned yesterday.
So back to this photograph... 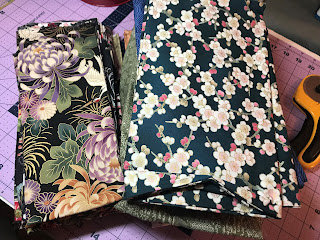 Many years ago, my own guild had a sale of a woman's stash that was held for months.  Each meeting, volunteers carted in fabric that they had measured and priced.  It was explained that a member of the guild had passed away.  The guild was selling her stash for a very special purpose.
The lady had two cats that she adored and a family was found that agreed to adopt both cats.  The fabric sale raised money for that family to supply the cats with funds for the food, vet bills, and other supplies needed. 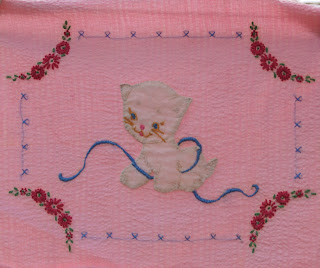 As a pet lover, I thought it was an extremely sweet and thoughtful gesture.  I don't know how much money we raised but I suspect it was a hefty fund.  As you know, we quilters love to buy fabric--especially when it is for a worthy cause.
What kind of charitable causes do you like to sew for?  Email me at allentownquilter@gmail.com
Have a safe and happy day!

Posted by Michele McLaughlin at 6:32 AM