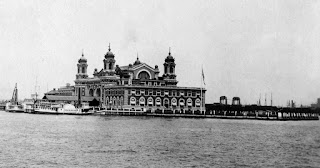 We are a nation of immigrants who has always hated immigrants.  I have known this since I was a small child.  I remember stories my grandfather told about having his ears boxed when he was a boy and being called "a dirty mick".  He relayed this as an aside in a humorous story as the Irish tend to do.  But as a young child, I was horrified that someone had hit my beloved Pop-pop.  Somewhere in this memory is my realization that the story of immigrants to this country was also my story.

In the 1970s I began to collect turn of the century women's magazines.   I was puzzled by Needlecraft Magazines of the early 30s.  The covers of the magazines featured images of women from other cultures in their traditional folk dress.  The illustrations were beautiful.  It struck me as curious and I remember even questioning my father about it.  Surely this was unusual? 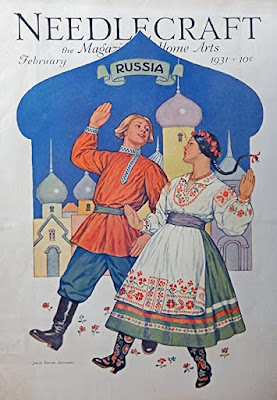 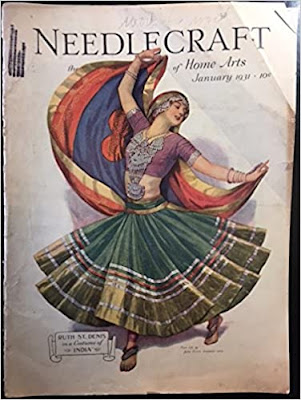 Anti-immigration rhetoric was nothing new to the American experience.  It was even legitimized in the mid 19th century by a political party, The Know Nothings.

During the late 19th century, Irish, South Americans, and Asians bore the brunt of anti-immigration rhetoric.   By the turn of the century, the new disliked population included Italians, East Central Europeans, Russians, and folks from Turkey, Armenia, and Syria.  These new immigrants spawned the creation of Ellis Island in 1892.  According to history.com, about 40% of all Americans today can trace at least one ancestor to Ellis Island.

Knowing all this had made me wonder, what about these amazing covers?  How was that being received by women across the country?  It was a mystery I couldn't solve although it all pointed to one woman who wrote in the magazine, Florence Yoder Wilson.

In the 1970s and even the 1980s, I couldn't find the answers. The magazine was clearly popular here in Pennsylvania--I picked up most of my issues at local auctions.  Women seemed to treasure the issues because they saved stacks of them that I'd find at estate sales.

During the Depression, Mexicans were definately the recipients of anti-immigration policies. Still they were featured on the cover of Needlecraft: 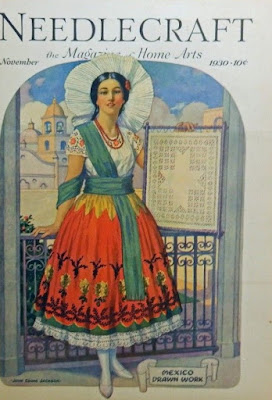 Florence Yoder Wilson initiated this trend.  The piece didn't just offer lovely illustrations on the cover.  In each issue, Florence wrote about the handicrafts of the featured culture: 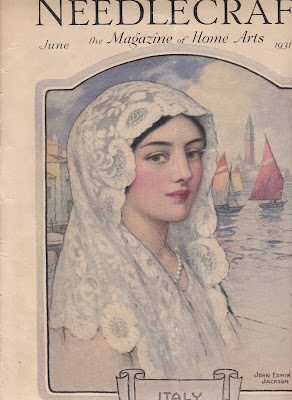 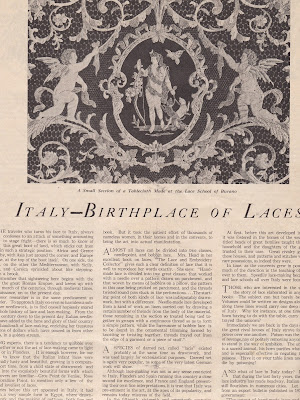 What inspired me about these issues is the recognition of the dignity and contributions made by all human beings.  This was best summarized in an article she wrote in The Ukraine issue, July, 1931. 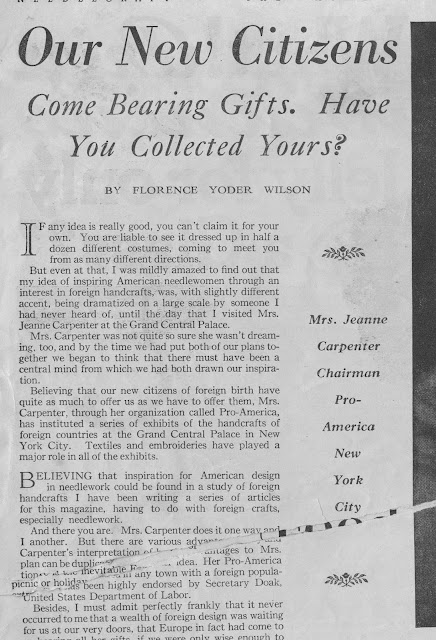 I was never able to find out much about Florence Yoder Wilson but 8 years ago, Piecework Magazine did a feature on her and these issues; I encourage you to read it here.

As odd it seems, Florence wasn't the first person to recognize the gifts that immigrants bring.  And yes it was sewing/craft related.  More on this tomorrow.