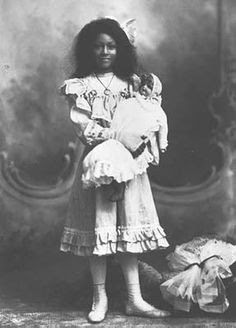 Suffragists groups weren't the only people who sold suffrage dolls.  Retailers did as well--a signal that the suffrage question was a popular one in society.  It's been my experience that retailers and marketing firms are often more astute about the pulse of the population than politicians and in the early 20th century, women did most of the shopping as well. 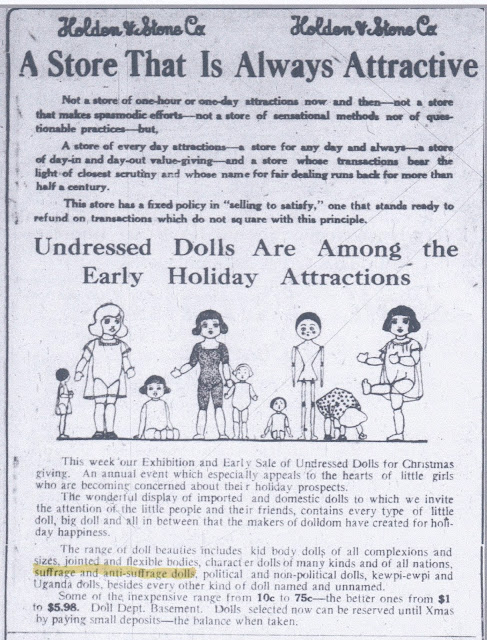 During the end of the 19th century and beginning of the 20th century, McLoughlin Brothers sold children's books and games.  The company was a pioneer of coloring books and colorfully illustrated books for children.  They also sold paper dolls including this one: 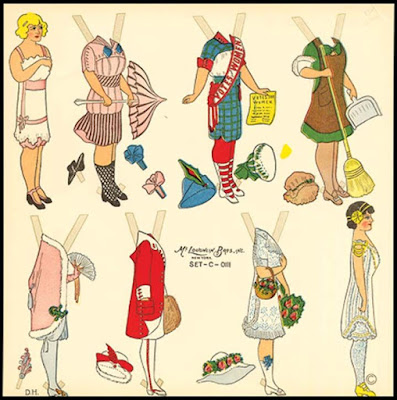 Note that the second costume is a suffragist's outfit!

This particular doll (below) was not sold by a suffrage organization but perhaps was designed by a suffragist or at least an ally.  Lillian E. Whitteker (1895-1978) was a well known Cincinnati illustrator and painter. 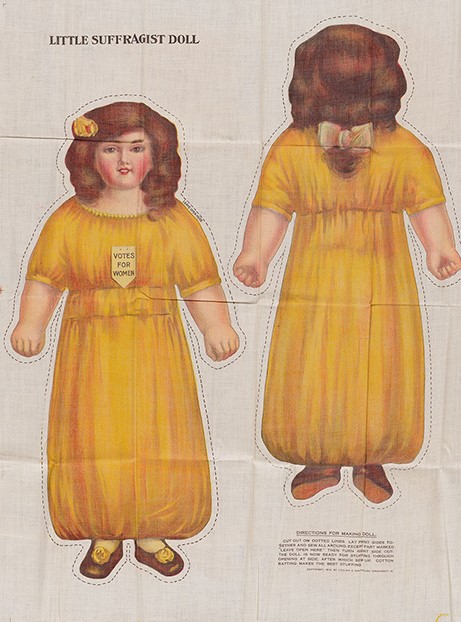 This may have been made to donate money to the Buy-A-Bale program or at least encouraged folks to buy cotton because this was on the fabric panel: 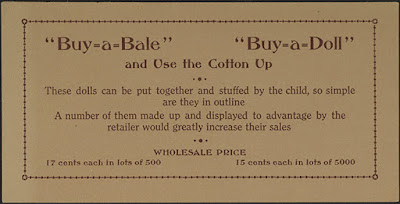 The Buy-A-Bale program was initiated in the United States to assist Southern cotton farmers because when World War 1 broke out, Europeans stopped importing cotton.  The program sought wealthier Americans to bail out (excuse the pun) the cotton industry by buying and storing a bail of cotton.  The idea was that eventually cotton would increase in price again and then the purchaser could make a profit.

I don't think this was the only doll Lillian designed; I found an article from 1922 that indicated that she was still designing dolls as well as doing portrait work while living in New York City.

Posted by Michele McLaughlin at 3:43 AM

Email ThisBlogThis!Share to TwitterShare to FacebookShare to Pinterest
Labels: Dollies for Dollars Part 2