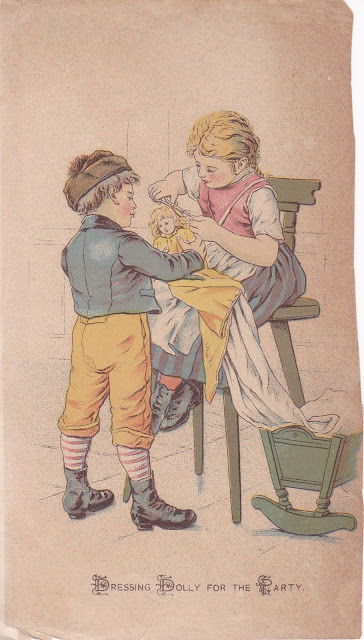 Sometimes dolls just represented women.  At one suffrage tea held in New Jersey, visitors were delighted by cakes adorned with suffrage dolls.  According to the article, the dolls were dressed in the New Jersey suffrage colors of purple, green, and white.

Suffrage displays using dolls was popular, particularly in 1915.  Both suffragists in Pennsylvania and Connecticut used doll displays at fairs and their own bazaars and events to represent women of the different states here in the United States and often the world.

In Minnesota, the display was so popular that it toured various venues and was a big draw at the state fair: 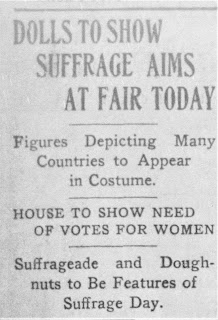 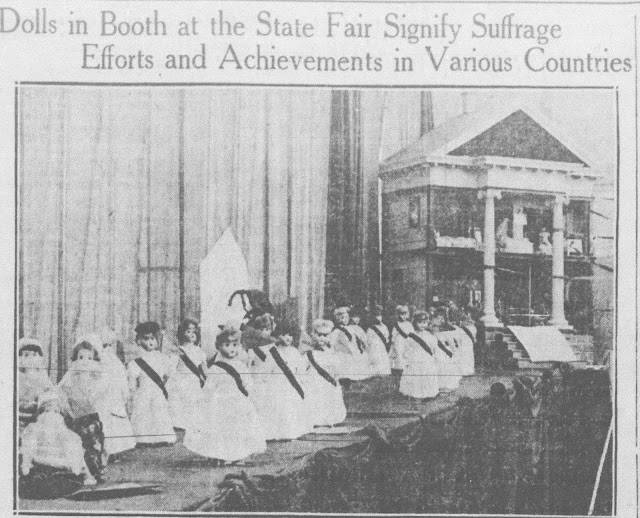 The caption below the photograph:  "In the center are seen dolls representing the twelve American suffrage states, the four Scandinavian countries, in all of which women vote, and the three British suffrage colonies.   At the left are three Turkish dolls in harem costume, labeled as the only women who really keep their "place in the home."  At the right is the model doll's house, in connection with which are displayed placards pointing the suffrage argument that to make the home ideal woman must take part in community affairs."

I hope you have a great day!  Stay safe!
Posted by Michele McLaughlin at 4:21 AM

Email ThisBlogThis!Share to TwitterShare to FacebookShare to Pinterest
Labels: All Dolled Up!