In case you missed it yesterday, the state of Virginia became the 38th state to pass the Equal Rights Amendment.


And of course, it's controversial.

So here's the story.  Alice Paul did not rest on her laurels after the 19th Amendment was ratified.  Instead she began working on what was originally called the Lucretia Mott Amendment (see here for more on Lucretia) or the Equal Rights Amendment.  By 1923, the amendment was introduced into Congress.  The amendment did not pass and by the 1940s it was renamed the Alice Paul Amendment.

In case you hadn't realized it by now, any legislation empowering women appears to take a long time to become law. 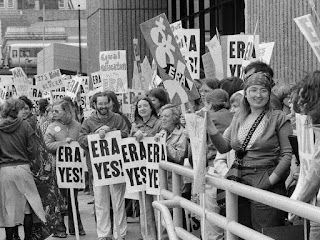 So the saga continued until 1972 when both the United States Senate and the House of Representatives passed the bill.  Just like the 19th Amendment, 38 states were required to ratify the amendment.  It seemed a no brainer at the time.  What could be so debatable about this:

Section 1 Equality of rights under the law shall not be denied or abridged by the United States or by any state on account of sex. Section 2 The Congress shall have the power to enforce, by appropriate legislation, the provisions of this article. Section 3 This amendment shall take effect two years after the date of ratification.


Except of course, it was controversial. 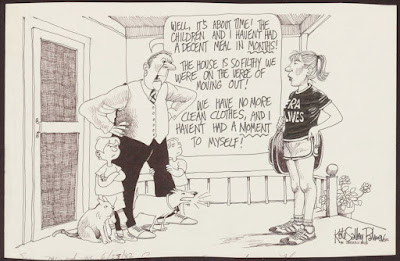 In the midst of the debate, a cartoon of the time appears to mimic the same kind of propoganda that resisted the suffrage movement. 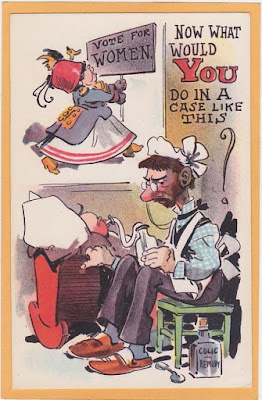 A woman named Phyllis Shafley headed up a STOP ERA campaign.  You can read about it here.  Be sure to check out the irony in the article--Shafley herself earned a salary but believed that women should be at home and not earning a living.  What the STOP people did was actually galvanize a lot of young women (including myself) to support "Women's Lib" as it was called at the time.  I even sewed this symbol on a jacket I had at the time: 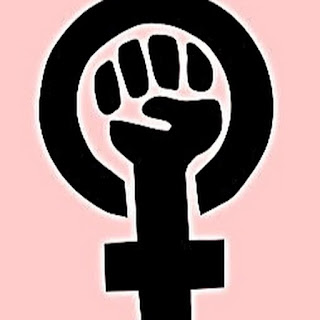 The bill had 10 years to be ratified (the 7 year time limit was extended 3 more years) and fell three states short.

In an unprecedented turn, five states even rescinded their approval of the bill:  Kentucky, Idaho, Nebraska, Tennessee and South Dakota.  I still haven't found any constitutional scholars who can agree if that is even possible.

So here we are.  100 years after gaining the right to vote.  It's our Centennial and if it no longer binding that Virginia's vote counts, then let's re-introduce and the bill and pass it on this historical year.  I suggest you call or email your representatives and tell them that you want to see this amendment passed. 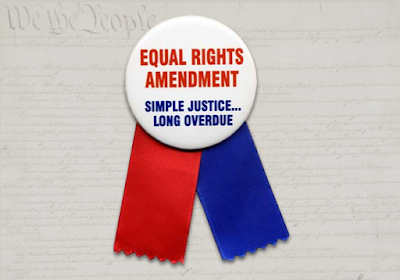 I recommend reading this particular article which in many ways summarizes much of what this blog has relayed and why we still need this amendment:
Virginia votes on the Equal Rights Amendment again.  And it's debt settling time.  Read it here. 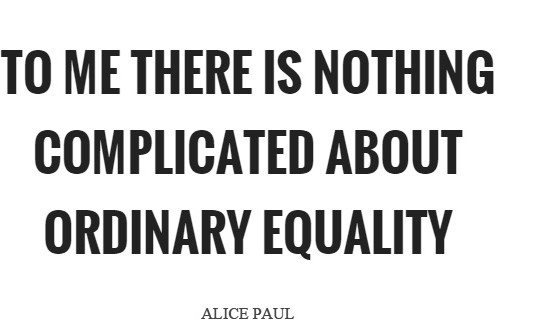 Posted by Michele McLaughlin at 8:37 AM