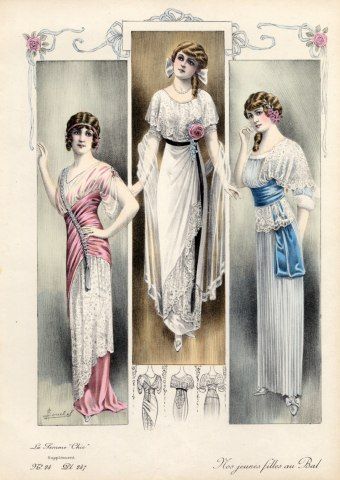 Enter Louis H. Capelle of Cincinnati, Ohio.  A state representative, he introduced a bill to "prescribe the fashions to be worn by the women in the state of Ohio."  Capelle sought to form a commission who would dictate women's garments--in particular to limit the neckline to "not more than two inches of the neck, below the chin."  Other regulations included a ban on transparent stockings, and to ban lace and embroider on dresses "through which the color of the skin may be distinguished." 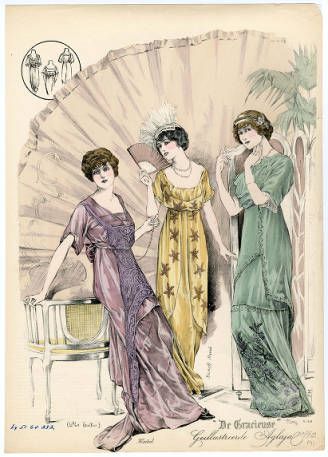 There was even going to be a commission formed to oversee women's garments.  The commission would consist of men between the ages of 30-50 and for some reason, "not more than 2 of them would have to be married and of good moral character.  One of the members had to be an ordained minister, one a parent of not less than three children, and the third a social settlement worker."  Ohio it seems was to have their own fashion police force. 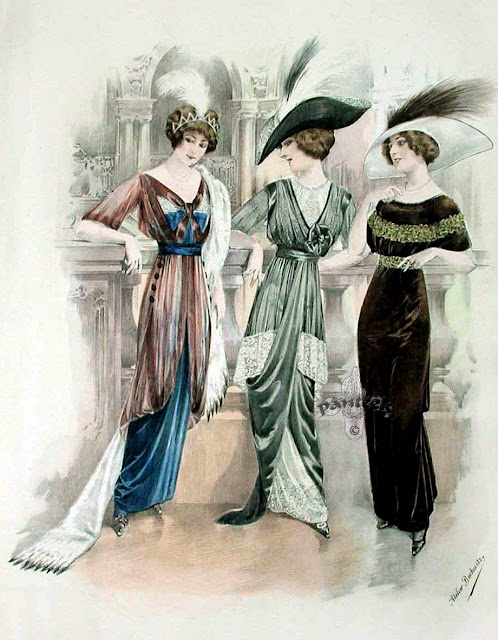 Now normally I wouldn't place an article about this on this blog but apparently it made national headlines and was a topic of discussion in suffrage circles around the country.  Even the Women's Christian Temperance Union scoffed at the plan as evidenced by an article published in Ohio and Mrs. Albaugh, a prominenet temperance leader: 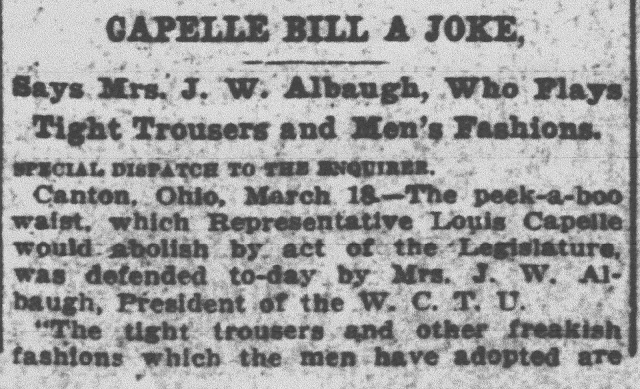 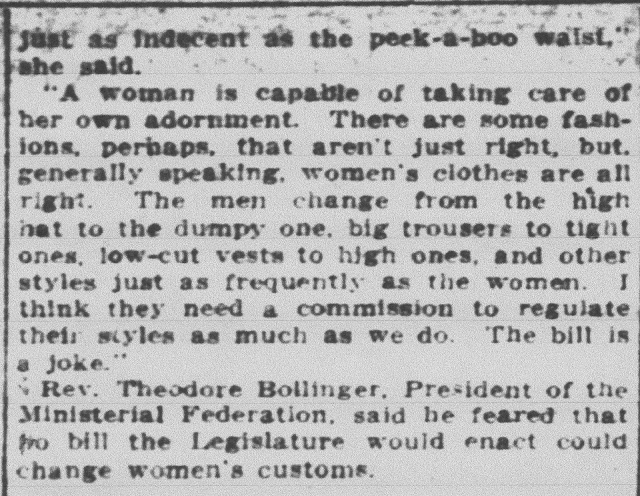 But the best comment of all came at a Suffrage Sewing Circle in New York.   The women lamented the lack of input Ohio women had in their legislature while they hemmed "dusters", long cleaning aprons.  They were about to embark on a housecleaning venture to raise money for the cause.  Mrs. Ella Guilford a well known suffragist made a hilarious comment and it was syndicated throughout the country: 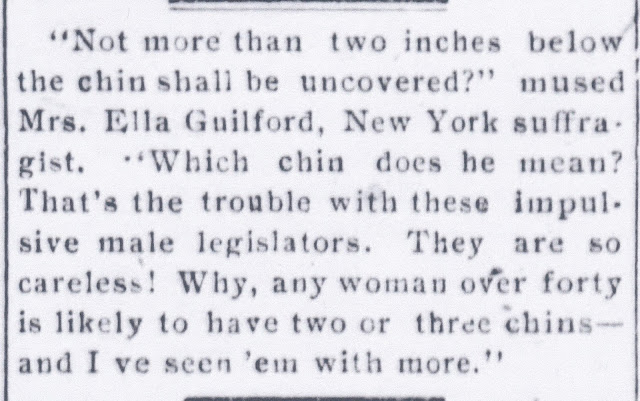 The Capelle Act was neither debated nor introduced for a vote.

Posted by Michele McLaughlin at 8:32 AM

Email ThisBlogThis!Share to TwitterShare to FacebookShare to Pinterest
Labels: Which chin?