"Do You Use a Sewing Machine?"

Kath Conway, I'm still trying to reach you!  You won the giveaway, please email me your address at allentownquilter@gmail.com

There's no other way to put this:  some people objected to women voting because we were believed to be too stupid. 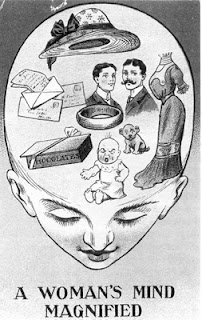 There must have been some debate among Antis as to whether or not a woman could handle the technicalities of placing a ballot in a box.   In 1915, New York suffragists published a pamphlet to dispute this idea in terms that you and I enjoy.  1915 was the year that NY, PA, NJ, and Massachusetts all had a referendum on the ballot in the fall for (male) voters to determine whether or not women should vote.
Here is the pamphlet, enjoy! 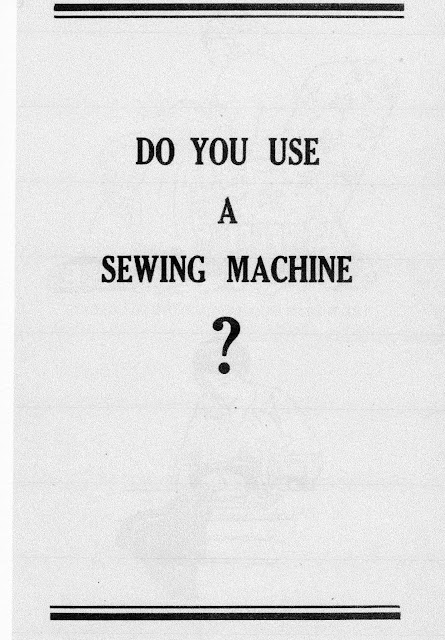 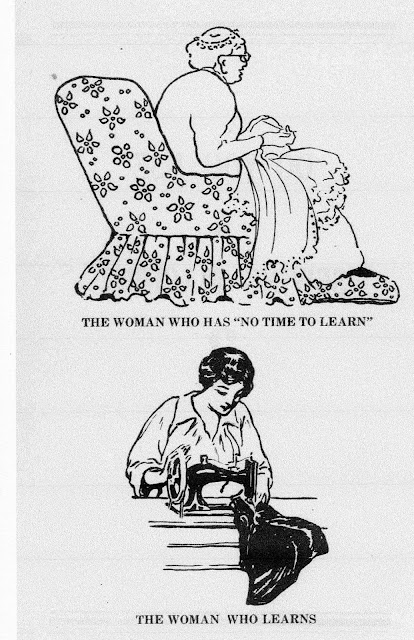 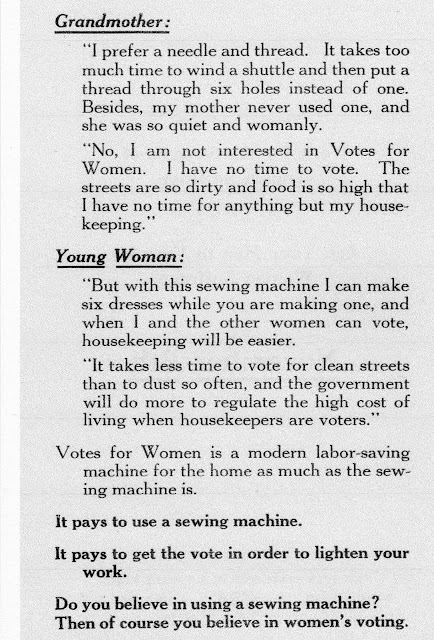 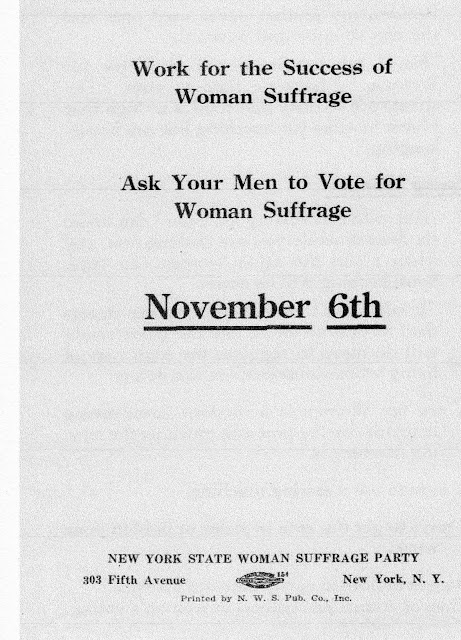 Posted by Michele McLaughlin at 5:07 AM