The Night of Terror

“Never would I recover from this wound, this ugly knowledge I had gained of what men were capable in their treatment of each other.  It was one thing to be writing about these things, to have the theoretical knowledge of sweatshops and injustice and hunger, but it was quite another to experience it in one’s own flesh.”  --Dorothy Day, one of the Silent Sentinels brutalized during the Night of Terror. 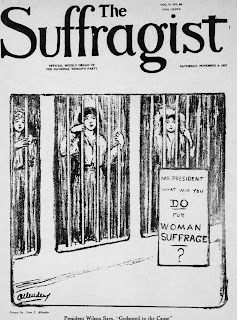 One hundred and two years ago, 33 women were sent to the Occoquan Workhouse.  They had been charged with obstructing traffic but the real crime was that they were protesting peacefully outside The White House.

Since January, a steady stream of women had been picketing the White House.  At first they were a novelty to Washingtonians, even featured on tourist tours. 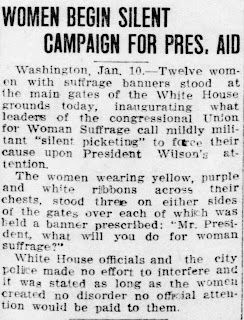 But after the United States entered World War 1, the “Silent Sentinels” were perceived as unpatriotic.  They were clearly an embarrassment to Woodrow Wilson.  By summer they were being arrested for  picketing and often sent to Occoquan Workhouse.

Deprived of their natural rights—including the right to see their lawyer, mail correspondence, or buy anything for themselves in the prison store, the women considered themselves political prisoners.  By November 14, 1917 the press was already speculating about the health of Alice Paul who had been arrested in October and was on a hunger strike with Rose Winslow and who would soon be joined by Kate Heffelfinger.

All of the women were sent to the men’s prisons where they had no privacy available to them.  But the beatings and the torture were even worse. 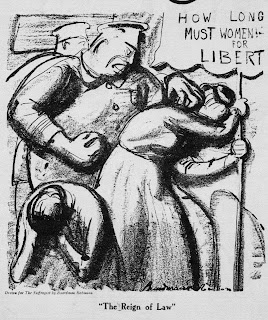 Another illustration by Nina Allender

“I saw Dorothy Day brought in.  She is a frail girl.  The two men handling her were twisting her arms above her head.  Then suddenly they lifted her up and banged her down over the arm of an iron bench—twice.  As they ran past me, she was lying there with her arms out, and we heard one of the men yell “The----suffrager!  My mother ain’t no suffrager.  I’ll put you through ----" reported Mrs. Mary Nolan the oldest suffragist of the group at age 73. 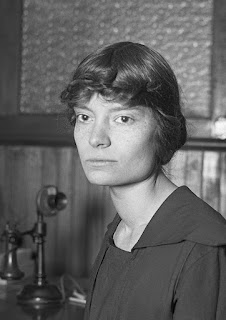 Dorothy Day in 1916, she would later co-found the Catholic Worker Movement 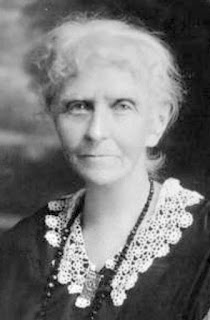 Once in her room, Mrs. Nolan reported that “Mrs. (Dora) Lewis, doubled over and handled like a sack of something, was literally thrown in.  Her head struck the iron bed.  We thought she was dead.  She didn’t move.”  Alice Cosu who was also in the cell was so upset that she had a heart attack and was denied medical assistance. 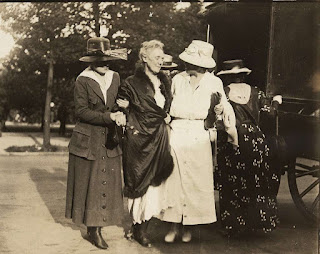 Dora Lewis upon her release from prison 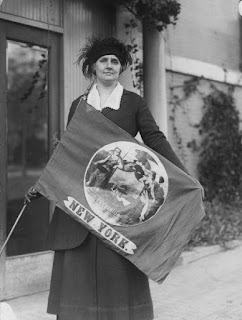 Lucy Burns, the co-founder of the National Woman’s Party was shackled with her arms above her for calling a roll call to see if all the women were present or if something worse had happened to them.  She was also threatened with a straightjacket and gag. 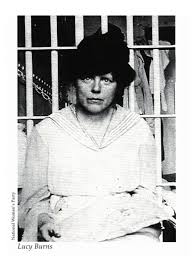 When a male doctor did come to see the women later, the women asked for a female doctor and refused to undress in front of him.  Per Lucy Burn’s notes, they “were dragged through halls by force, our clothing removed by force and we were examined…”

Most of the women went on hunger strikes.  You can read about the Night of Terror all over the internet.  I wanted you to hear first-hand accounts from the book , Jailed For Freedom  written by Doris Stevens and published in 1920.  It’s free to read on google books.

But here’s the thing—the women never gave in.  And many of them went right back to the picket line once they were released.  The absolute tenacity of these women was commented on by a government doctor at the workhouse: 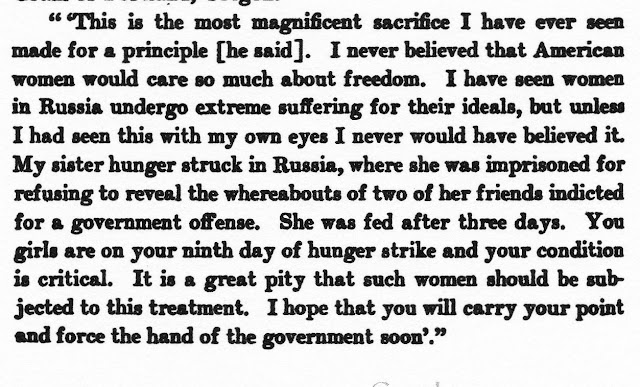 Thank you Silent Sentinels.
You are not forgotten.

Posted by Michele McLaughlin at 5:48 PM