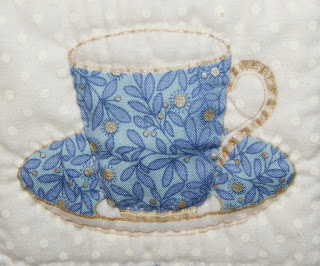 One of the suggestions we've made for our By the Chimney No More program is that it is a perfect program for a tea party.  This past Monday, we gave our program to the Pennsylania Quilters in Wilkes-Barre and they surprised us by doing just that!

Each of the ladies brought a tea cup for the program and we were just delighted! 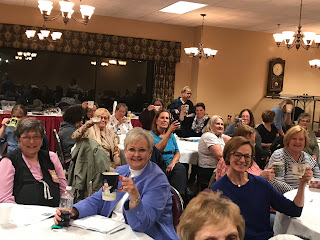 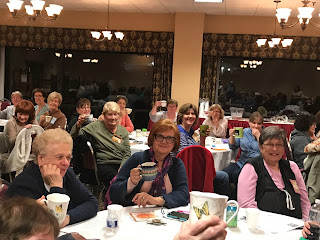 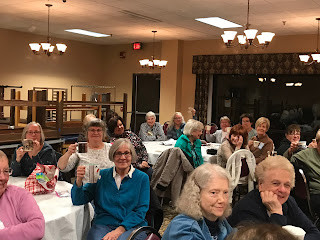 Suffrage teas were an integral tool in spreading the message during the late 19th and early 20th century.  Newspapers became more supportive of the cause as more and more socialites became suffragists.  The teas allowed women to learn more about enfranchisment and also were integral to fund raising.  They were also popular; in Pittsburgh, PA, one could find more than one tea to attend: 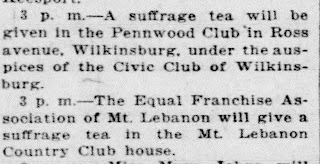 They were also valuable fund raisers!

We've been having a lovely time with all the audiences we've met during this program.  Thanks Pennsylvania Quilters for your warm welcome!

Posted by Michele McLaughlin at 7:57 AM