Suffrage and Animals: A Giveaway!

Suffragists liked animals and often our furry and feathered friends were used as part of suffrage publicity campaigns.  New York suffragists held a hike in 1912 which lasted 13 days;  the pilgrimage started in the Bronx and ended in Albany.  For those of you familiar with New York cold weather, let me tell you the hike began in December (it's mighty cold by then).  One of the participants was a dog named Honorable Elizabeth.  Just as an aside, it wasn't unusual for suffragists to use military positions to designate leadership (like Rosalie Jones). 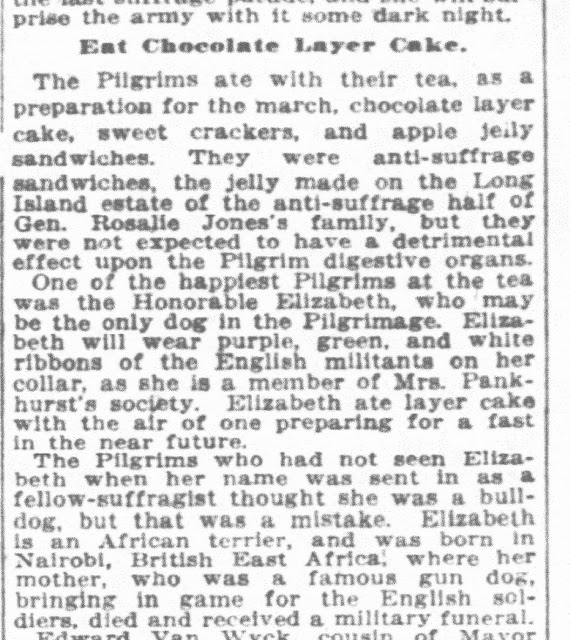 By the time the pilgrims reached Yonkers, it was decided that Honorable Elizabeth wasn't up to the rest of the hike and the suffragists kindly granted her an early--but honorable discharge. 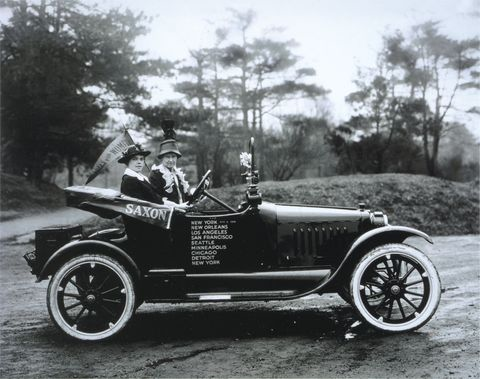 Saxon the cat accompanied Nell Richardson and Alice Burke on their five month, cross country speaking tour in 1916.  Saxon was just a kitten and newspapers reported the growth of the cat while they toured. 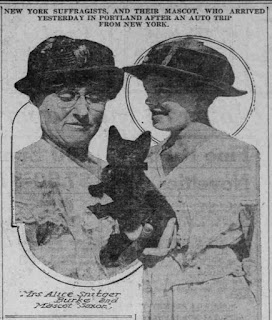 Part of the Massachusetts campaign in 1915 was "Suffrage Blue Bird Day" and tin signs were hung throughout the state:

Birding was another area of interest for suffragists.  The Audubon website states this:

Like most matters of importance, women have been integral to birding from the get-go.  Female ornithologists drew attention to avifauna in the late 1800s, and suffragists helped the movement take off in the early 1900s.

Rosalie Edge was a remarkable woman, a conservationist and yes, a suffragist. 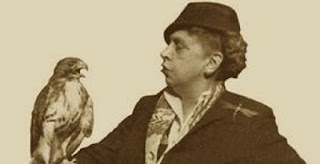 In 1915, Rosalie joined the New York suffrage league and distributed pamphlets and gave speeches.  In the 1920s she became an avid bird watcher and environmentalist; in 1929 she founded the Emergency Conservation Corps.  The ECC mission was to protect endangered species and in 1934, she took on the conservation of hawks and eagles by buying what is now The Hawk Mountain Sanctuary in Kempton, PA.  Most people in our region have hiked there.  When I was a child, hawks were so rare that we were in awe when saw the birds at that sanctuary.  Now we have a healthy population of hawks and eagles in our city. 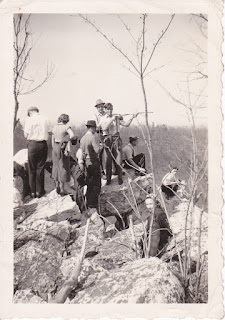 Animals were also featured in a variety of postcards like the much beloved suffrage cats.  I suspect these images originated in the U.K. 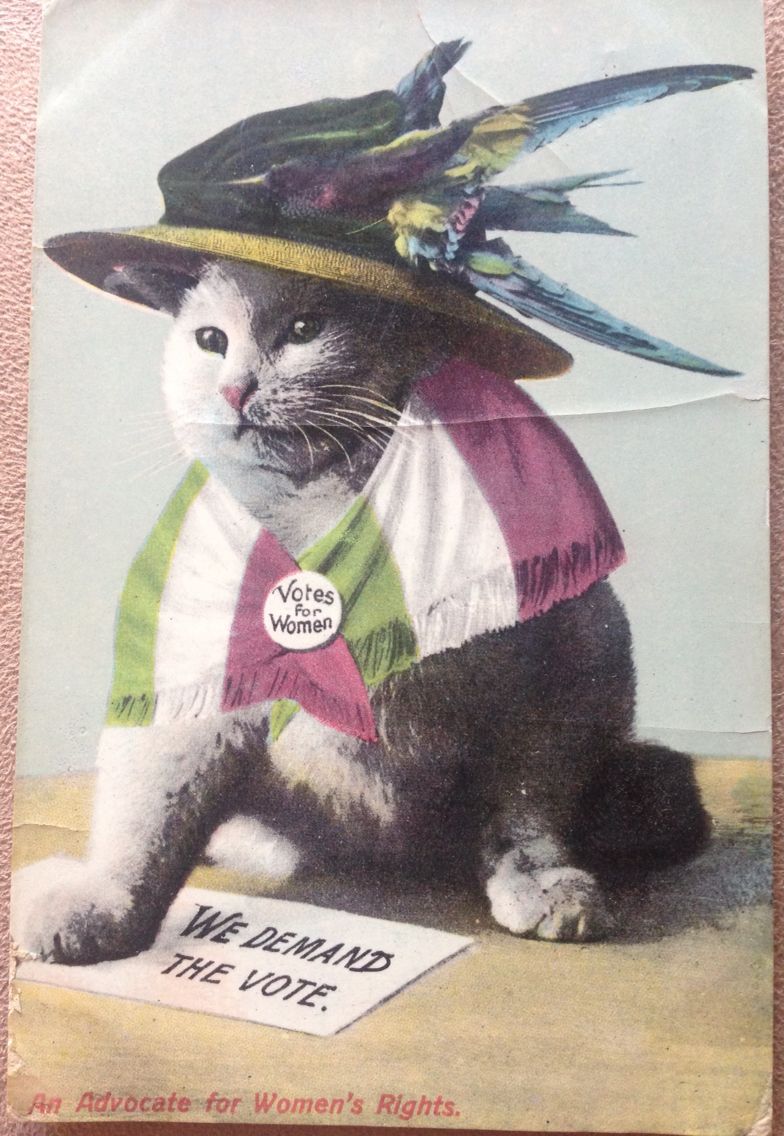 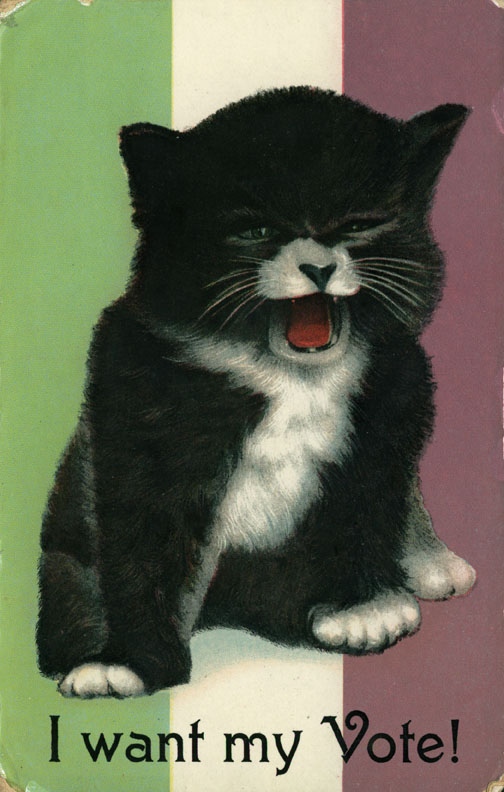 There were some dog postcards as well but I can't find a clear rendition to show you. 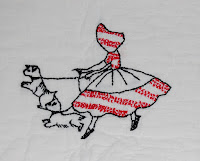 Animals have long been a favorite feature on quilts.  Perhaps you are an animal lover and would like to use animals for your Suffrage Centennial Quilt!  To help you, Beth and I are offering a nice charm pack called "Woof Woof Meow" printed by Moda and It's Quilting Cats and Dogs book by Lynette Anderson.  Leave a comment and a random winner will be chosen on Friday, November 1, 2019! 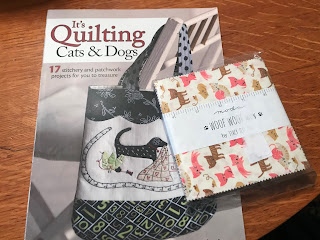 Good luck and have a great day!

Posted by Michele McLaughlin at 8:26 AM

Email ThisBlogThis!Share to TwitterShare to FacebookShare to Pinterest
Labels: Suffrage and animals