Yesterday I was happy to speak about suffrage and quilting to a small class at Cedar Crest College.  I worked there as an administrator before I retired. 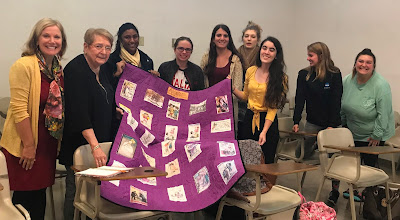 The women in the class were amazing and I really enjoyed my visit with them!  Thank you so much for the warm welcome!

In 1913, the Congressional Union (later to become the National Woman's Party), under the leadership of Alice Paul and Lucy Brown, introduced an ingenious idea:  The Suffrage School.  A lengthy article was run in a D.C. newspaper about it:

"Do you want to be a woman's suffragist?  Do you yearn to accomplish something to help along the cause of votes for women?  But do you find yourself at a loss to know how and where to begin?"

The article was quick to point out that this was a more benign approach to suffrage; Americans had been reading about the radical tactics of British suffragettes: 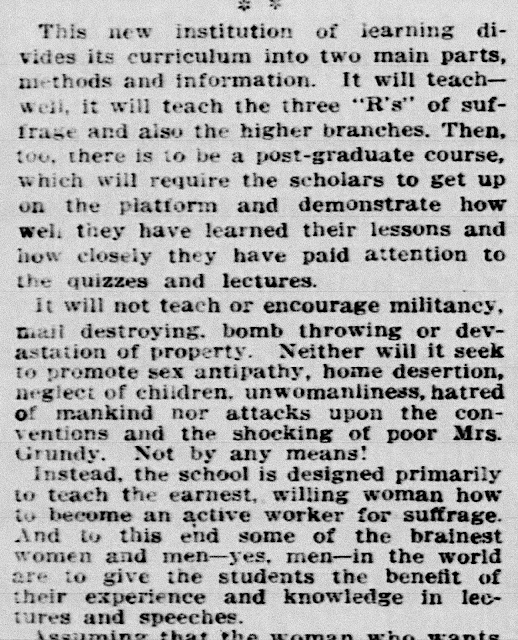 Subjects like Parliamentary Law, street speaking, and other subjects were taught.  The idea of the suffrage school quickly spread.  In 1914, a similar school opened and the"Suffrage School of Methods" was offered in Des Moines, Iowa.

In 1916, the school in Baltimore had some heavy hitter suffrage leaders teaching: 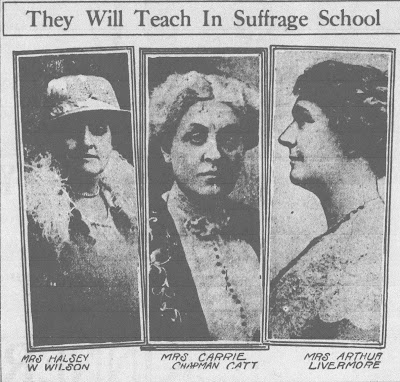 Buffalo and Binghamton, New York both had schools and in 1917, when a school in Raleigh, North Carolina opened, this blurb was printed in the papers:

Arkansas allowed women to vote in primaries in 1917; it was limited suffrage but it was a step in the right direction and made Arkansas "the first non-suffrage state in the south to allow women to vote in primaries."  Suffragists credited the Arkansas suffrage school that had opened early in 1917--"The suffrage school here," said Mrs. Halsey Wilson of NJ, "has been one of the most successful in the series given by the national association." 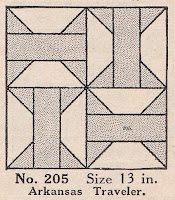 Posted by Michele McLaughlin at 5:18 AM