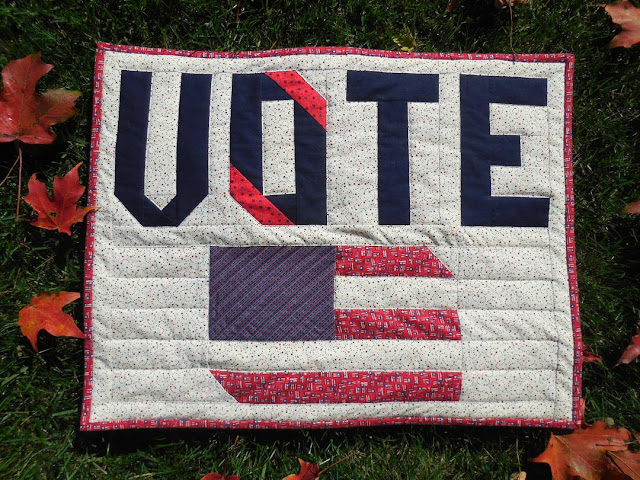 Thank you Kathie!
Kathie L. made this wonderful piece and allowed me to share it.  She said the pattern comes from bonjourquilt.com.
Beth and I have spent the better part of the last 5 years studying and celebrating the women's suffrage movement in the United States.  We would be remiss if we didn't post on Election Day-- especially this election--unquestionably the most imporant of our lifetime. 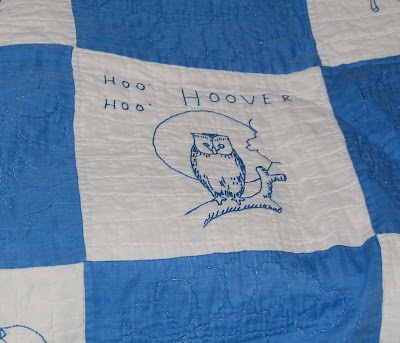 1929 bluework quilt.  The stakes in this election are even higher  than the election of 1932 when Herbert Hoover was defeated by Franklin Roosevelt and the New Deal was established.
All the pundits are talking about the role of women in this election.  But the truth is that since 1984, according to the Pew Research Center, the proportion of women voters exceeds men voters (see here). 1984 is the year that we had our first woman as a running mate, Geraldine Ferraro.
Women are coming out in droves this election as well.  If I had to summarize what I'm hearing from women, I'd have to say that "women are mad as hell and not going to take it anymore".  Like our courageous suffragists, women are again concerned about children, healthcare, and the upholding of the Constitution. 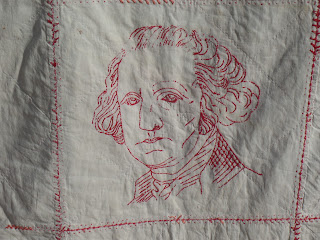 The first cross stitch piece I ever made in the 1980s.
During this election, according to data published on the blog The 19th, women have doubled their numbers in voting (see here). 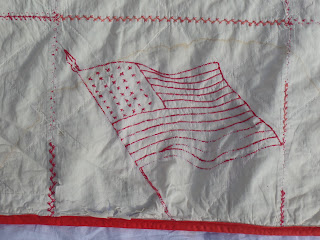 Also from th Merry Christmas 1904 quilt.
In the back of my closet, I keep a special dress.  I don't sew garments and I certainly don't collect them but when I saw this dress, I had to have it. 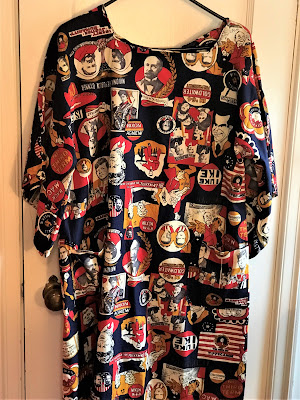 I would guess it is from the late 1960s/early 1970s because of what the print records, including the presidential nominees of Nixon/Agnew: 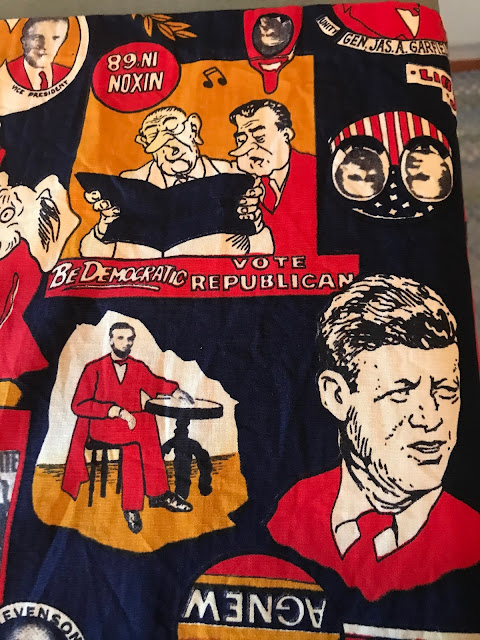 The fabric summarizes many political campaigns-- 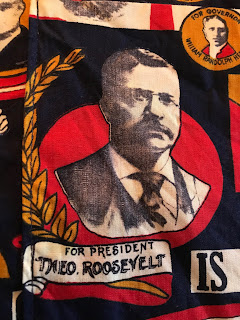 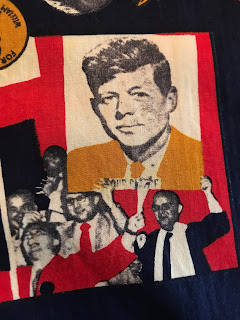 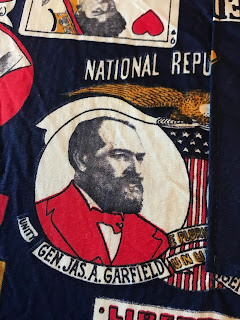 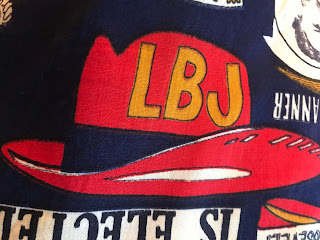 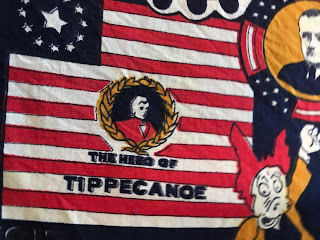 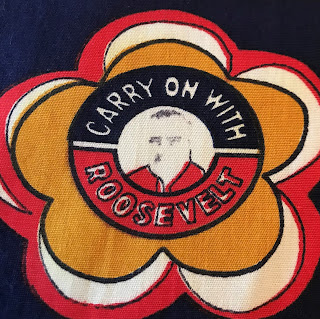 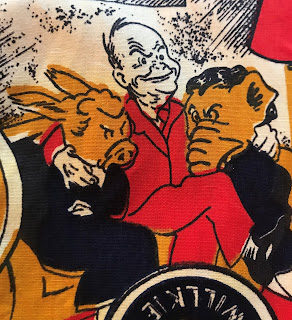 Unity under Ike.
And one impeachment: 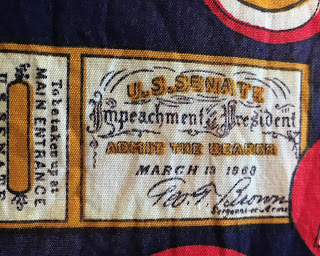 One last thing today.  I've been appalled by a lot of things these past four years.  But yesterday the suggestion was made by one of the candidates that votes shouldn't be counted after Election Day.  In my lifetime, 6 different elections did not have the results in by the end of the day (1960, 1968, 1976, 2000, 2004, 2016).  Our brave men and women in the armed forces can vote up until a week after the election (in my state of Pennsylvania at least).
Let us be reminded of one of the brave rallying cries of our suffragists: 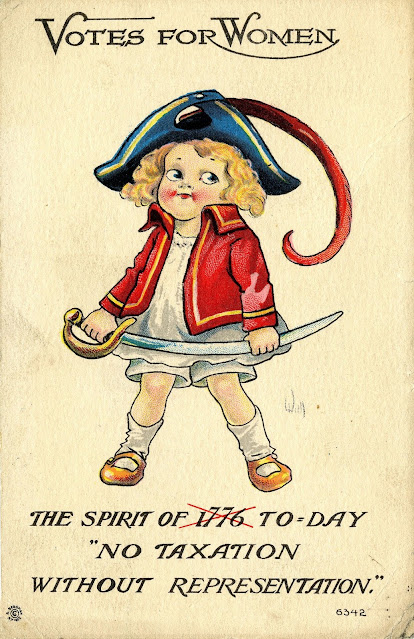 The best phrase on the political dress.