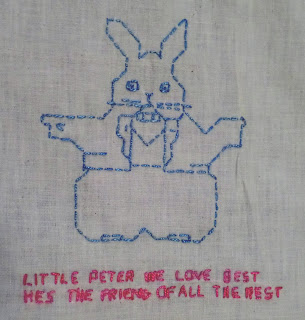 Ruby Short McKim (1891-1976) was one of the leading quilt designers in the 20th century.  For the next year, I will blog features about her and her quilt designs on the first Monday of the month.  You can read about her life at the McKim family website, run by her youngest granddaughter, Merrily McKim Tuohey here.

I like McKim because of the range of her designs.  I've always been attracted to the embroidered quilt designs she created;  I loved and still love the thematic nature of her patterns.   Most impressive though is the variety of patterns she created.  She was truly an innovator.

2016 is special because it is the centennial of the first quilt pattern she published.  This pattern is credited as being the first syndicated quilt pattern in a newspaper and initiated a trend that would become popular throughout the first half of the 20th century.

The "Quaddy Quiltie" was published in installments in the Kansas City Star in 1916.  The patterns were based on the works of the writer, Thornton Burgess.  His Quaddys (short for quadrupeds), featured the stories of a variety of animals.  He had two illustrators that I know of who drew the Quaddys: 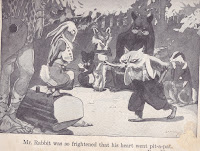 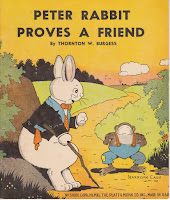 Although versions of the Quaddys come up at auction quite regularly, I chose to purchase this top because of the lines that are written under the characters. 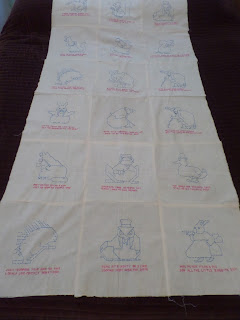 Quilt top, maker unknown
I have often surmised that children could embroider the blocks with some ease because of the squared lines of the figures. 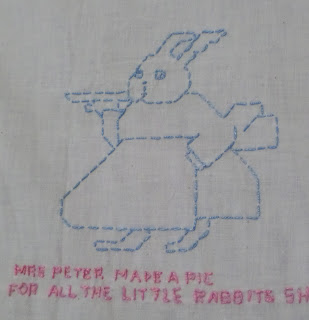 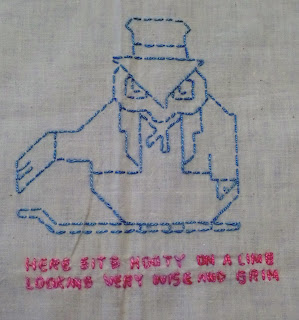 I hope you will enjoy McKim Mondays and explore the world of Ruby Short McKim with me during the next year.  Please also visit the McKim website and if you are on facebook, you can join the Centennial celebration there as well! 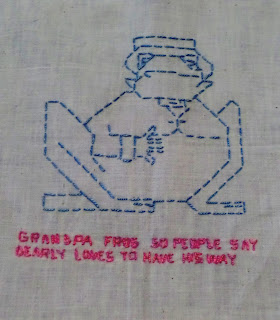 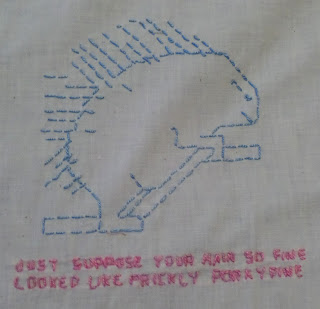 Posted by Michele McLaughlin at 6:03 AM