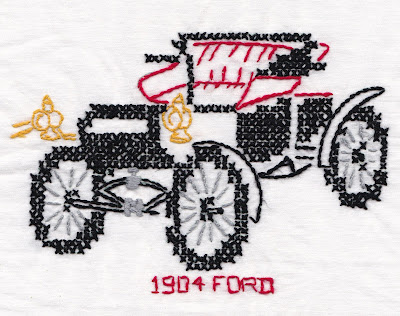 The automobile was an important tool for suffragists.  Not only did it mean that women could travel for speaking engagements but they would often use the car to gain attention for the cause.

Cars were so important that in 1913 when the first suffrage school was opened (see here for a post on that), a special course was devised about speaking from the automobile. 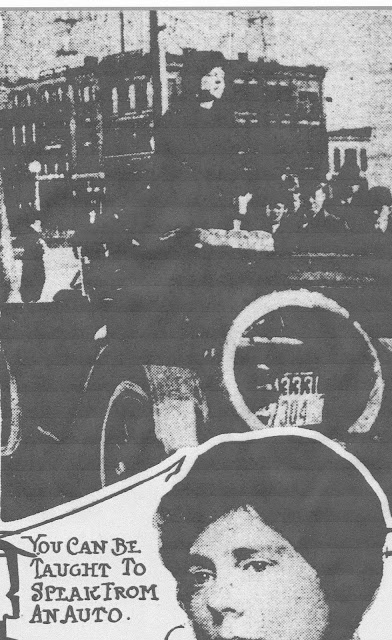 Cars were decorated to relay the suffrage message during pageants, parades and other events. 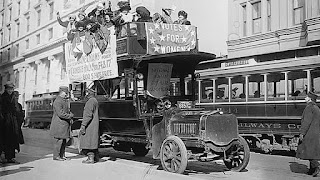 Speakers used the cars as a platform; it was also a good getaway tool if the audience became violent or hostile.

My favorite discovery (and I seem to find them daily when it comes to suffrage) has been "the Yellow Flying Squadrons" that traveled around Philadelphia and the eastern part of Pennsylvania.  Suffragists decorated their cars and created an impromptu parade in neighborhoods and towns to spread the suffrage message.

"Flying squadrons" had been used throughout the early 20th century by all the suffrage groups. 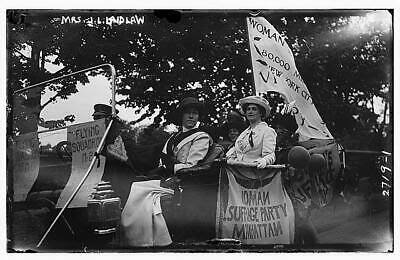 Newspaper articles reported that once the squadrons entered a neighborhood, a festive tone was set by the children who would begin to yell and applaud.  Their response would bring out the adults who would alert neighbors.  I wondered as I read these accounts if the adults were thinking "look at what these crazy suffragists are doing now."

Still it was an effective tool to keep the message in the public's eye and it always seemed to get publicity in the local newspapers. 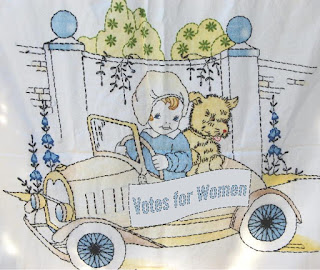