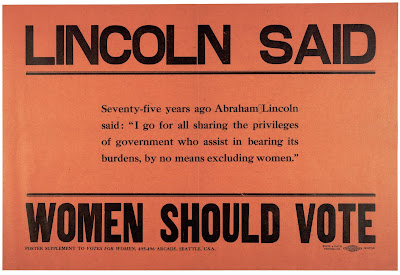 At the beginning of the Civil War, a group of women and a few men in NY assembled to discuss what they could do to help the war effort.  The Sanitary Commission of the United States was the idea they came up with and yet the idea of citizens (particularly women) assisting in war efforts was not taken seriously in Washington.

Lincoln himself dismissed the plan as "a fifth wheel on a carriage." 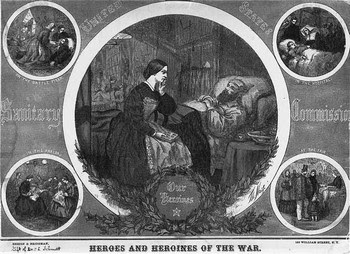 The truth is that the Union was unprepared to clothe, feed, and support a large army of volunteer soldiers.  Women from every background worked hard to support the effort by providing proper food, quilts, nursing care, and most importantly, raised funds.  "Sanitary Commission Fairs" particularly on the east coast raised millions of dollars---that's million of dollars back then--for the war effort. Estimates of the total assistance they raised in goods, services, and funding is now considered to be in the billions. 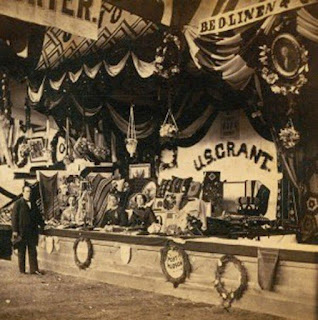 
Suffragists put their campaign on hold during the war to join the war  effort.

Women also kept the country functioning by assuming the roles previously held my by men such as teaching, secretarial work, and industrial work--even if munitions factories and arsenals. 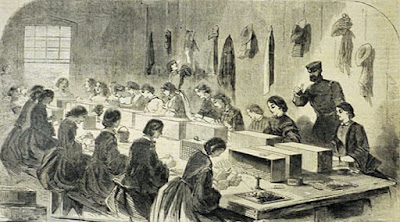 As the war continued, Lincoln admitted in a speech in 1864:

"I have never studied the art of paying compliments to women; but I must say that if all that has been said by orators and poets since the creation of the world in praise of women were applied to the women of America, it would not do them justice for their conduct during this war.  I will close by saying, God bless the women of America!"

Posted by Michele McLaughlin at 5:38 AM