Along the Garden Path: Bleeding Hearts 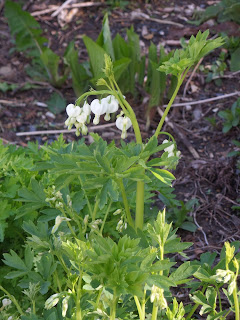 The bleeding hearts are blooming in my garden, a sure sign of spring!  Perhaps this quilter was as enthused about this flower as I am: 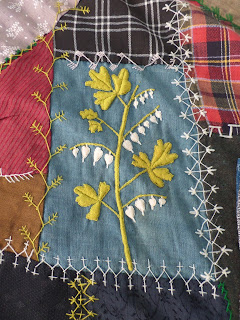 I don't think that her rendering came from an embroidery transfer--at least I've never found a similar pattern.  I've searched through my Victorian embroidery transfer catalogs and haven't been able to find one transfer available featuring this flower.  I believe the white bleeding hearts were once considered a symbol of purity and innocence.

Carrie Hall and Rose Kretsinger wrote The Romance of The Patchwork Quilt in America in 1935 and had a bleeding heart rendition that was pieced: 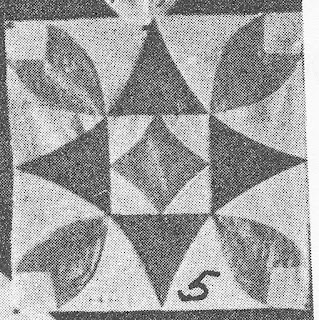 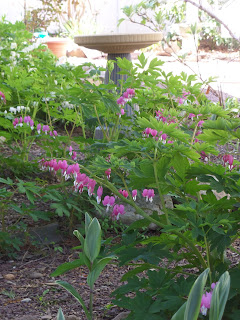 In the twentieth century, McKim had a rendition too.  This quilter did hers in the pink variety: 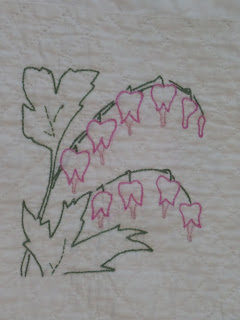 The pink/red variety often depicted passionate love.  Sharon and Bill from RicRack.com have a great handkerchief on their website (here) that depicts that aspect, note the bleeding hearts around the couple: 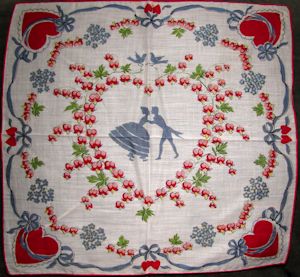 Finally, I grew up hearing and reading all sorts of legends that explained origins of flowers and nature.  I still find tales of this sort enchanting, so I thought I would share a link to the "Legend of the Bleeding Heart".  By the way, I've read this story set in a variety of cultures, but this post is prettiest because it shows the parts of the flower.  You can find it HERE.