More quilts from the June Meeting of the LV Quilt Study

Lelane brought a pillow that a friend's brother had made when an old coverlet was falling apart: 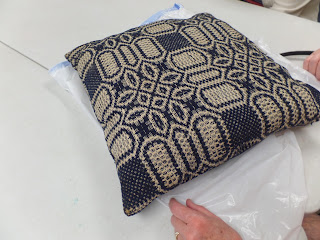 And this lovely quilt:
Lelane, I think this is kit called "Mountain Star" that was featured in the Herrshner's Catalog in the late 1940s: 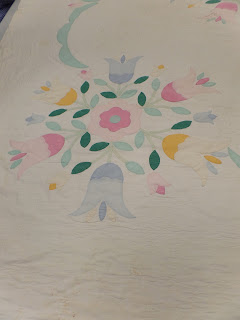 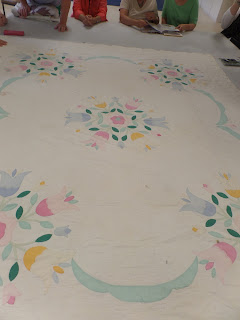 Barb brought a variety of things, including a friend's quilt featuring a pattern by Marion Cheever Whiteside Newtown's : 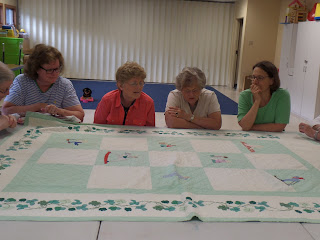 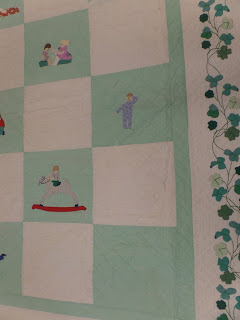 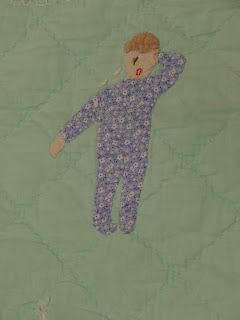 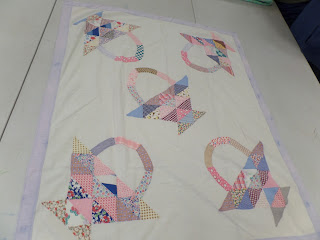 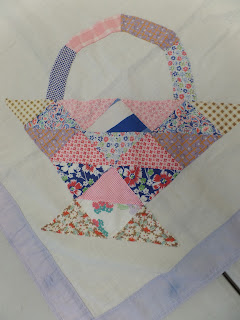 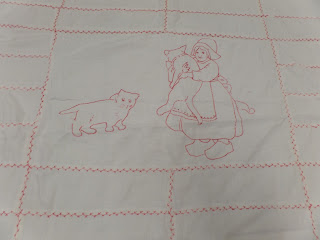 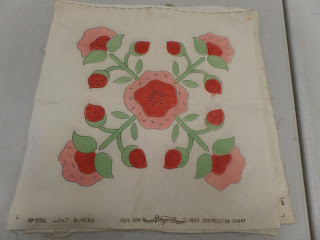 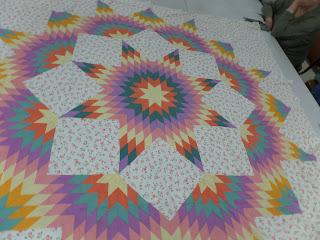 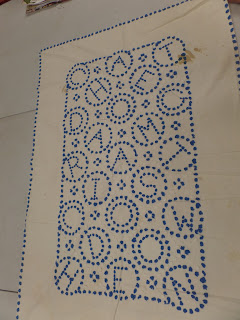 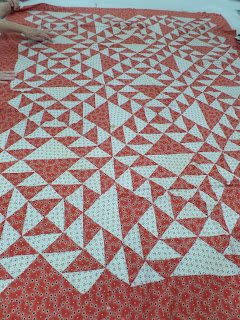 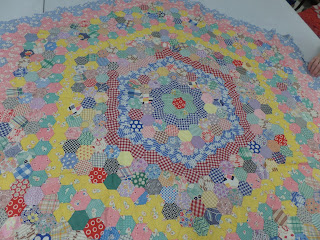 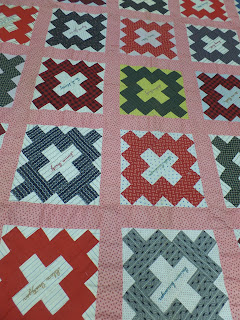 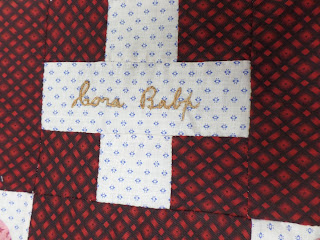 Rosemary brought a Trip Around the World and Split Nine Patch Quilt: 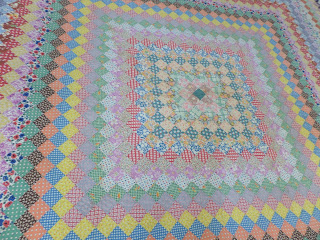 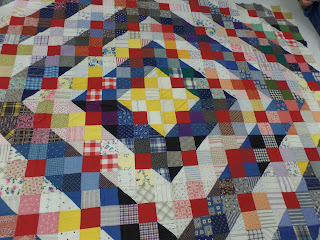 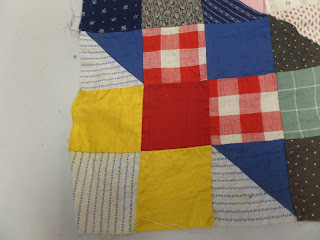 Jayne brought us more Hankie holders after discussion we had last meeting: 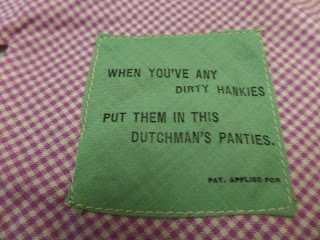 To our delight, his feet were actually made of a wood! 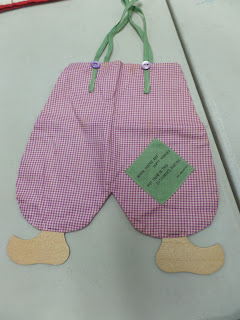 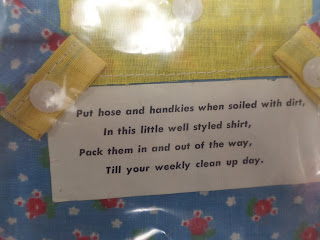 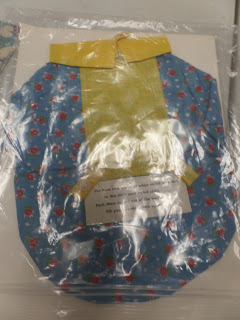 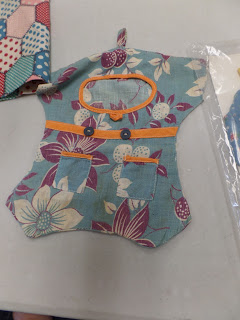 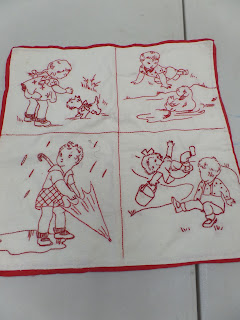 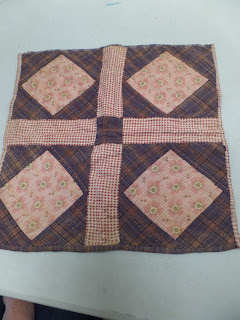 And a feedsack feature printed patchwork: 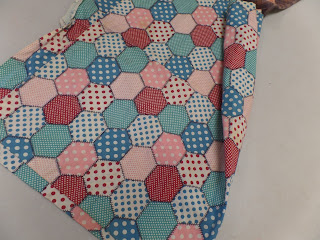 More things will be featured tomorrow!
Posted by Michele McLaughlin at 3:41 AM