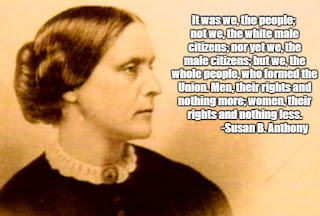 147 years ago today, Susan B. Anthony and a handful of women voted in the presidential election.  Ulysess S. Grant was the incumbent and running against Horace Greeley.  As discussed yesterday, it was the also the year that Victoria Woodhull ran as the candidate for the Equal Rights Party.

The women voted in Rochester, New York; it would be another 48 years until the state of New York would allow women to vote.  Anthony chose to vote for Grant and he readily won the election.

Susan B. Anthony was already a national figure; she is now considered to be one of the greatest orators of the 19th century.  "Aunt Susan" as she was affectionately called by suffragists was not only a great orator but a masterful strategist.  After her arrest, she can began to use the incident to her advantage and distribute posters and letters to locals and politicians. 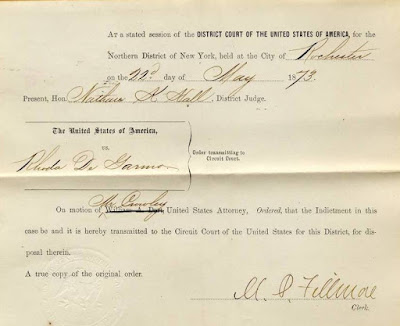 One of the women arrested with Anthony was her neighbor, Rhoda DeGarma

Ultimately, it was only Susan B. Anthony that would stand trial.  "The Trial of Susan B. Anthony" became national news; one historian noted that it altered the focus of the country from Reconstruction to women's rights.  On June 19, 1873 Susan B. Anthony was found guilty of illegally voting and fined $100.  Anthony refused to pay the penalty and no one ever pursued the matter afterwards.

Anthony used the trial to her advantage and published a pamphlet with the trial proceedings for citizens to read themselves. 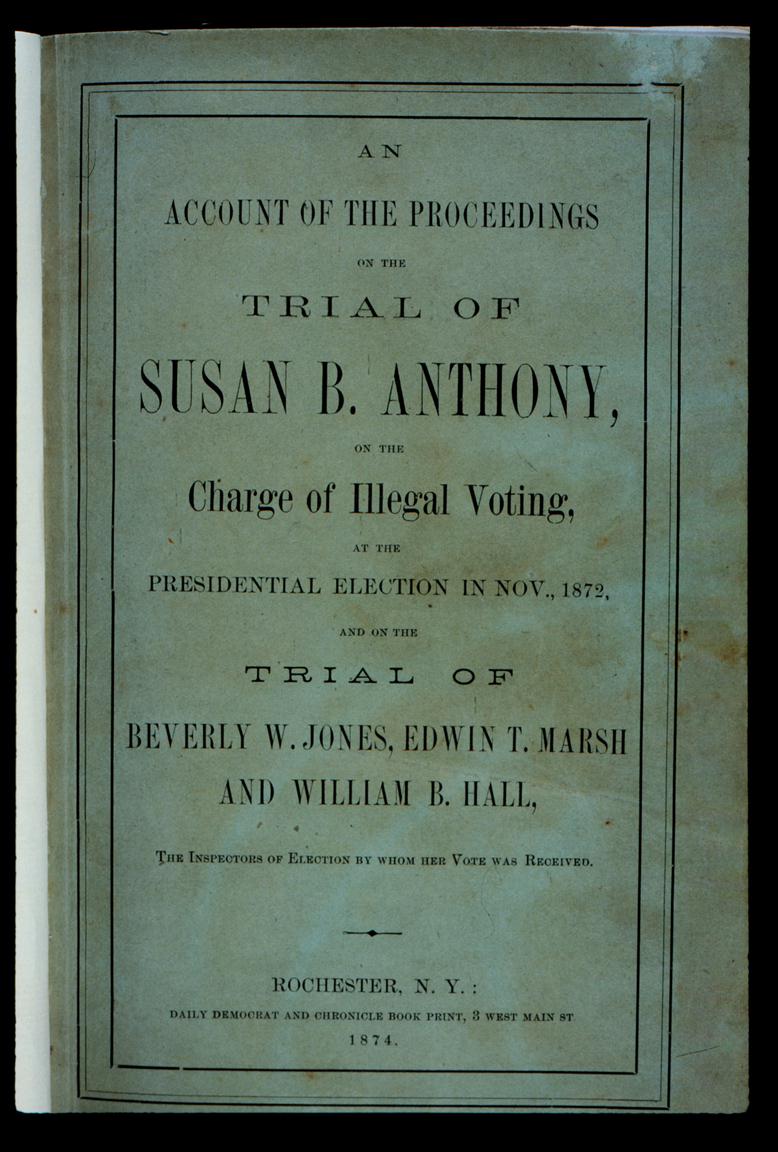 A brief but interesting article can be found here.  I recommend you read it!

Email ThisBlogThis!Share to TwitterShare to FacebookShare to Pinterest
Labels: Susan B. Anthony votes